Capital of the Auvergne and prefecture of the Puy-de-Dôme, Clermont-Ferrand occupies a remarkable natural site, in the middle of the Puys chain (any good tourist guide to Clermont-Ferrand will mention the Vulcania amusement park a few kilometres from the city) and at the gateway to the Midi. The city was born in 1630, by decision of Louis XIII, from the union of Clermont and Montferrand, two rival cities a few kilometers apart and with different origins: ancient for the first, which saw the rise of the first cathedral in the 10th century, medieval for the second, which was founded by the Counts of Auvergne from the 12th century. After an important development in the 19th century, it is the establishment of Michelin (which offers a very interesting visit) between the two world wars that will definitely change the future of the city. The number of inhabitants rose from 50,000 in 1900 to 150,000 in 1962, with the creation of numerous districts. Today, the population of Clermont-Ferrand is 142,000. Of the two original cities, the city has retained two old centres, about 4 km apart. The city center of Clermont-Ferrand, the old Clermont, extends around the cathedral Notre-Dame-de-l'Assomption. The old Montferrand is to the north-east. They are connected by a large avenue (Georges-Couthon, then Avenue de la République). A dynamic cultural town, it hosts a major short film festival every year. Rugby fans can enjoy theASM Experience.

The must-see places in Clermont-Ferrand

When to go to Clermont-Ferrand?

It is difficult to precisely define the climate of Clermont-Ferrand. Because of its position, the city is subject to different influences. However, it is a semi-continental climate that prevails. Overall, summers are rather hot (generally above 20°C), but marked by severe storms. Winter is very cold (average temperature around 3-4°C) but dry.

Prepare for your trip Clermont-Ferrand 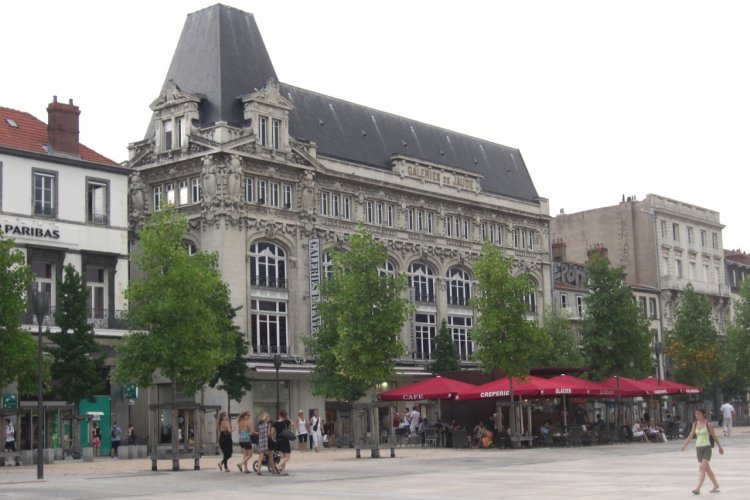 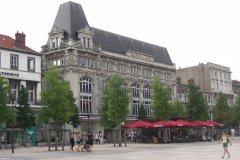 It is difficult to precisely define the climate of Clermont-Ferrand. Because of its position, the city is subject to...
Read more about it

That's it, the Comédie de Clermont is moving into its brand new theatre, a building designed by Portuguese architect Eduardo Souto de Moura. The audience will soon be able to discover its large hall, its two performance halls, the rehearsal studio, the spaces for sharing, mediation and work, as well as the large café-restaurant. For the occasion, the Comédie is unveiling its inaugural season 2020-2021, through a brochure available at the ...

Staying in Auvergne to discover its wide variety of cheeses

France is known worldwide for its gastronomy, and there is one flagship food that can be found on family tables, in markets and on restaurant menus: cheese. There is a great variety of cheese in France, and among the regions where cheese making is based on traditional and ancestral know-how, we find the Auvergne. A stay in this mountainous region, dominated by vast forests and dormant volcanoes, is an exceptional opportunity to take an ...

Vidéoformes is a structure of diffusion and artistic production since 1984. She works in the field of video and digital art. Its annual festival allows participants to plunge into the heart of digital news and creation by taking part in various highlights in the city of Clermont-Ferrand. The public is invited to see installations, performances, to take advantage of virtual reality experiences or to participate in debates and round tables on ...

The Clermont-Ferrand Auvergne Airport Travel Show is back for a 9th edition. You have to go to the commercial terminal to attend this long-awaited event. The place has been transformed into a place that invites you to escape, with many possible destinations from Clermont airport, holiday flights and packages offered by tour operators at reduced rates. There are also some new features for this new year, including an animated radio studio, a ...