Known as one of the most beautiful towns in the region, Le Puy-en-Velay (prefecture of the Haute-Loire department) imposes a special obligation on anyone entering the area by the grandeur of its monuments, some of which are listed as World Heritage Sites.
Built on an ancient volcano, the town rises to an average altitude of 630 m. Although the city has spread out over the centuries outside the old fortified walls, the old town has retained all its charm. Better still, the old buildings and renovated buildings come to sublimate the vestiges of the past. A maze of cobbled streets starting from the top of the city intersect to form a veritable maze of colours.

Le Puy is a flagship stop on the Via Pondiensis, one of the oldest roads leading to Santiago de Compostela. Every year, Le Puy receives around 250,000 visitors, including many pilgrims between May and September. A visit to the cathedral is therefore a must.

The must-see places in Le Puy-En-Velay

See you in Lyon for its comic book festival

Prepare for your trip Le Puy-En-Velay 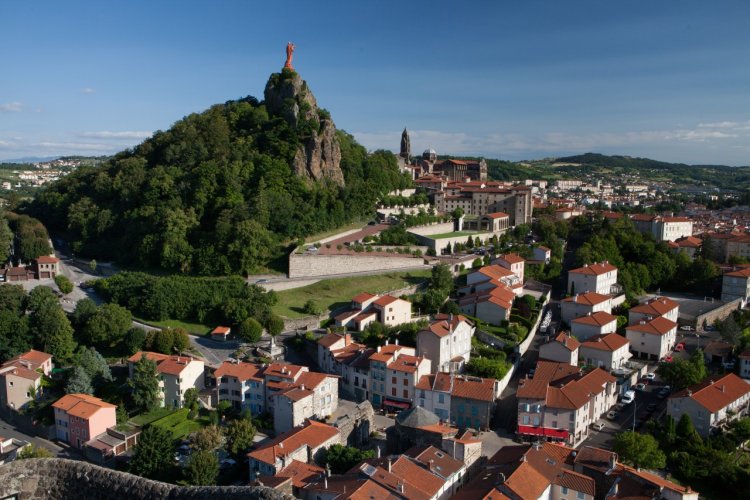 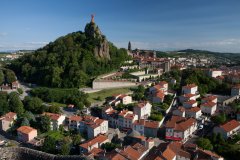 Start on the road to Compostela!

The "Les Premiers Pas" Association accompanies pilgrims for the first 6 days for 120 km from Le Puy en Velay. On the program: The hills of Velay, a raw and wild country; the plateaus of Aubrac and its flowered lawns with unusual encounters like the cow with black eyes... All hikers know that walking naturally encourages you to refocus on yourself. And the spiritual significance of the Way of St. James may lead even more to this inner journey ...