With 190 km of coastline from the Bay of the Somme to the Opal Coast, from the English Channel to the North Sea, sumptuous landscapes of cliffs and moors, Belle Époque villas and beaches with vintage cabins, lighthouses and dunes, the Hauts-de-France is a destination that is not lacking in charm. This region inspires painters and writers, and is home to a remarkable natural heritage and four regional parks with bocage biotopes, marshes, forests, coasts and other areas of great biodiversity. The region is also distinguished by its history - it keeps the traces of the two world wars (see the Ladies' Way) - and the richness of its heritage with many museums including those of Lille metropole, the cathedral of Beauvais and that of Amiens, the castle of Pierrefonds, the half-timbered houses of Compiègne or the belfry of the town hall of Douai. The region also retains the memory of its textile industry and the mining era. The Hauts-de-France is also France's leading agricultural region, producing milk, potatoes, endives, endives, beet sugar... In addition, there is a whole local gastronomy of a region that produces 10% of French champagne (around Château-Thierry) and hosts many breweries offering high-quality beers and producing excellent AOC, including maroilles cheese. During your getaway, you will not be able to resist the local specialities, picard string, andouillette or Flemish carbonnade, without forgetting the waffles (Belgium is adjoining!). Your tourist guide in the Hauts-de-France will help you to enjoy it.

What to see, what to do Picardy? 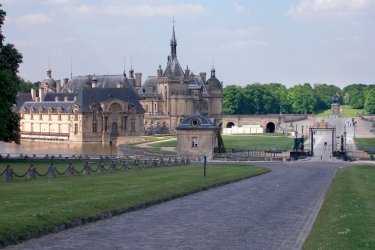 What to visit Picardy ?

When to go Picardy ?

When to go to the Hauts-de-France? As the region is located in the North, if you want warmth and sunshine, you should prefer a stay in summer, the only time when you are (almost) assured of the fugacity of the clouds. You will share the tourist sites, in summer, with the Belgians and, all year round, with the British who came as neighbours. The Opal Coast and the Arras region with its citadel are the most popular touristiques ; if you want peace and quiet, plan your stays outside school holidays. The Chemin des Dames is also a major tourist attraction, as are the cathedrals of Amiens and Beauvais. Many cultural events are held throughout the year in the Hauts-de-France, around cinema, but also comics and music. The big celebration not to be missed is the Dunkirk carnival, three days of madness around Mardi Gras.

Of course, there are as many wonders to discover in the Hauts-de-France as there are ideas for stays that might make you want to visit our beautiful region! With its 31,806square metres and five departments (Aisne, Nord, Pas-de-Calais, Somme, Oise), you can find something to suit you for a few hours, a few days or even a few weeks, whether in the city, in the countryside or by the sea. So, for this selection, we have chosen to highlight some of the aspects of the region that are sometimes overlooked or even ignored. Stays that are accessible to families, friends, or solo travellers. From the cultural escapades in the castles of the Oise to the most beautiful hikes on the Opal Coast, not forgetting the vineyards of the Aisne and their tourist circuit of the Picardy champagne route, find ideas for stays to enjoy the region. Enjoy your visit and "welcome to the Ch'tis"!

Your getaway on the Opal Coast

2 or 3 days hiking around Wimereux

A few days of cycling on the Vélomaritime

Le GrandSoissons, between nature and heritage

The north of the country is full of surprises! There are tree houses to stay in and tree climbing for thrills. You can visit the workshop of a wooden toy maker and meet a camel driver and his camels for an unusual caravan, discover the country of Maroilles cheese and Chimey beer in a 2CV. But also visit a Fairy Garden, a Sculpture Garden, the House of Confectionery and the small waffle museum in a house where waffles are made with vergoise, chicory, violet and even Wambrechies whisky! Another thing? L'arbre à poule, an eco-place in the Oise, the Frontinelles boat lift on the Neuffossé canal (Arques), the Maison des phares in Le Touquet-Paris-Plage, the Hortillonnages museum (Rivery). Finally, you should know that among other unusual accommodations in Hauts-de-France, you can sleep in a hobbit village (Somme).

The industrial heritage in the spotlight

You can admire a large number of Art Deco buildings in the Hauts-de-France. After the First World War, several hundred towns in the region were partly destroyed. During the reconstruction, some architects chose Art Deco for their buildings. To do each year: the Spring of Art Deco.

The French fries barrack is a symbol here! In the North, you will find many barracks (or mobile caravans) that sell chips, fricadelle, sausages, merguez ... All this in very generous portions, and at an economical price. Very popular, the chip bars have a clientele gathering all social classes.

A symbol of the autonomy of towns in the Middle Ages, the belfry is also a symbol of the region. There are almost thirty belfries in the Hauts-de-France. Among the most famous, the belfry of the city of Lille is the highest in northern Europe and the belfry of Douai is famous for its famous carillon, but all are worth seeing.

Did you know that? The south of the Aisne provides 10% of the PDO production. From the beautiful villages on the banks of the Marne to the numerous vineyards, the Picardy Champagne route promises you some great cultural and tourist discoveries. Of course, you will have the opportunity to go on numerous tastings and cellar visits to find out more.

The horse occupies an important place in particular in the Somme and in the Oise. In the Somme, one thinks of the Henson horse also called "small horse of the bay of the Somme", born in the region. On the Oise side, the Grandes Écuries de Chantilly are particularly popular, as well as the horse museum, and the possibility of horse rides.

If you are looking for a place to enjoy local specialties in generous portions, trust the estaminets! Originating in Belgium, the estaminet is now a symbol of the region and there are several hundred of them. In addition to eating local dishes, you will appreciate the old-fashioned decoration, with old objects placed here and there.

In the north of France and Belgium, you can still come across giants! They are life-size costumes of men and women, which are worn and shown during traditional processions or for example during the Giant Festival. Among the most famous giants, the one of Mr and Mrs Gayant and Binbin of Douai.

The Hauts-de-France region ranks as the second largest producer of hops in the country and accounts for 30% of national production. Sharing its border with Belgium, there are many local beers and breweries to visit in the north to satisfy your thirst for discovery, of course! To be consumed in moderation.

Probably the most famous of our cheeses and one of the most fragrant (at least when it is not yet cooked). Rest assured, contrary to the legend, we don't all eat maroilles for breakfast, but in a pie, maroilles is a real treat. You can buy it at any good cheese shop in the north, or even in hypermarkets.

The Hauts-de-France is the second most popular region for remembrance tourism and is full of testimonies to the past and places that commemorate conflicts and their victims. The Canadian memorial at Vimy, but also the Wellington quarry, the Chemin des Dames... A nice way to remember the past and those who fought for us.

The word "réderie" is the Picardy equivalent of the word "braderie" and refers to the passion of collecting things. This term is often used in the Somme to designate village garage sales. In Amiens, twice a year in the spring and autumn, the "grande réderie" of Amiens is the largest after the "grande braderie" of Lille.

In the North, we don't have mountains, we have slag heaps! These hills were formed from mining residues during the development of the mines in the north of France. Today, the slag heaps are a mecca for biological diversity of flora and fauna, but they are also popular for hiking and cycling.

You meet your colleagues or friends "between lunchtimes" for a lunch

When you go to the chip shop with a friend, you ask for a "small fry" knowing that you might have enough for a third person.

You don't know what's in the fricadelle, but you eat it anyway (or you've eaten it before). And what's more, you love it.

When you go to another region, you are surprised not to find as many beers there. In fact, it's not uncommon to be asked to bring some of the local beer with you

As early as February , you're not surprised to find photos of your male contacts dressed up as women for the carnival.

You know there's nothing worse than being in Lille for the Lille flea market. But you still like to enjoy it in small doses, at the beginning or end of the day