Calais is a city marked by the history of France and particularly by the ups and downs of the tumultuous relations between our country and the United Kingdom over the centuries. The statue of the famous Burghers of Calais as well as the majestic Fort Nieulay built by Vauban, among others, are there to remind us of them. Likewise, numerous remains throughout the commune, as well as its reconstruction, almost 80% of which was completed after the end of the Second World War, bear witness to the importance of the fighting in Calais during the last two major world conflicts. The current city is the result of the merger in 1885 between Calais and Saint-Pierre, two cities previously bordering but autonomous. On the one hand, Saint-Pierre, an industrious town, where all the activity was focused on lace weaving, and on the other, Calais, a bourgeois town, with its flourishing trade, its rich historical heritage and its important port, but without factories. It was on this occasion that the town hall was built, flanked by a traditional Flemish belfry, a link between the two former communes.

It is one of the most densely populated coastal towns in the Pas-de-Calais department, with more than 130,000 inhabitants for its urban area. It occupies a privileged geographical situation facilitating its fast connections with Great Britain (the English town of Dover is only 43 kilometres from Calais!) as well as with various European countries bordering the North Sea. Its port is therefore the leading port in France in terms of cross-Channel passenger traffic.

On the other hand, Calais is a practical gateway, with its airport facilities, its motorway service, and the great proximity of the Channel Tunnel, to access the Opal Coast and the vast territories included in the Caps and Marshes of Opalea Regional Natural Park.

During a stay in Calais, you will have many opportunities to discover its rich historical and cultural heritage, the overflowing activity of its dynamic city centre with its shops and large shopping centres and its many restaurants that maintain a regional gastronomy whose reputation is well established. You can also devote some of your time to exploring its beautiful and great natural heritage, on the Opal Coast, from the long sandy beaches of Calais leading to the Cap Blanc Nez and the Grand Site des Deux-Caps, to the vast Caps et Marais d'Opale Regional Nature Park which stretches across the hinterland. Since May 2019, the city has been awarded the label "Ville d'Art et d'Histoire" (City of Art and History) by the Ministry of Culture and Communication since 1985 to municipalities or countries in France that are committed to a policy of promotion and enhancement of their built, natural and industrial heritage, as well as architecture.

From the town centre, you can also easily reach the fine sandy beach of Calais with its spectacular alignment of beach chalets and then walk along the seawall while watching the incessant ballet of ferries linking the port to Dover. At the fishing port, not far away, in front of the Courgain district, a traditional seafarer's habitat, there is a daily fish market, freshly landed from the fishermen's boats.

To see / do Calais

Prepare for your trip Calais 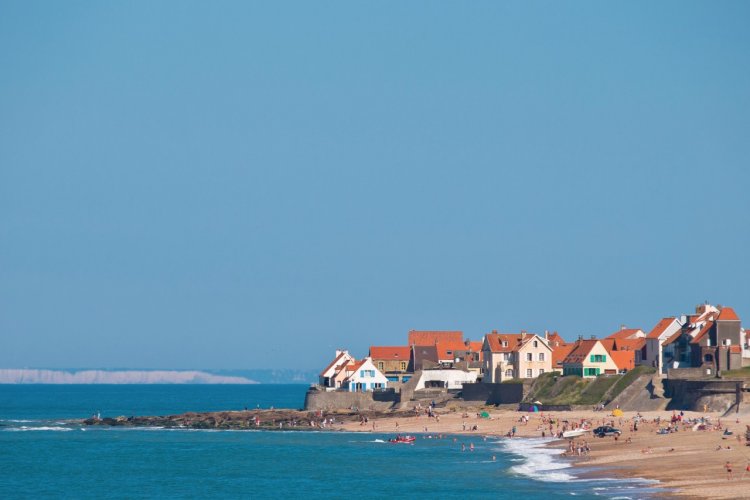 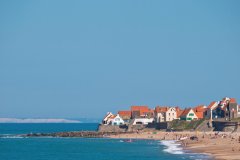 Impressive dimensions, majestic enchantment and record-breaking crowds, this is what links Amiens Cathedral, which is celebrating its 800th anniversary, and the brand new Dragon de Calais. Two spearheads to discover or rediscover in the Hauts-de-France this year! Popularity worthy of the beast! The 15-metre high and 25-metre long monster came out of the dark bowels of the earth last November. The beast, almost tamed, welcomes several times ...

A unique lantern festival in Calais

In the Chinese tradition, the lantern festival is a highlight of the year with bright structures invading cities. The mythical animals of the Chinese imagination such as the dragon, the lions dogs, the pandas are part of the party but also deities, important Chinese characters, emblematic monuments and of course lanterns of all kinds... This year, no need to go to China to enjoy this luminous enchantment, since the city of Calais has ...