The vast and beautiful Patagonia evokes the Andes, Tierra del Fuego and Ushuaia, natural adventure, wide open spaces, hiking and sites at the end of the world. At the southern tip of Latin America, it spreads out on both sides of the Andes Cordillera, on the Chilean and Argentine sides, on the Pacific and Atlantic sides, offering a variety of landscapes and exceptional biotopes. On the Argentine side, there are deserts, arid steppes and prairies, on the Chilean side, temperate rainforests and glacial fjords. Patagonia is the big screen between the Rio Negro and its ski resort of Bariloche, and the fine sand of the small seaside resort of Las Grutas. You will stop in the tourist Puerto Madryn. You will inevitably take the Trochita, a steam train from the 1920's that connects the small villages of the Andes, to cross the steppes of Patagonia. In Argentina, you can take the National 40, one of the mythical roads, which crosses Mount Fitz Roy and the Perito Moreno glacier in Los Glaciares National Park. From the Andes to Tierra del Fuego, a sumptuous landscape of pampas, peaks and glaciers, large lakes and even the southern lands under the ice. To the extreme south, Ushuaïa, the last inhabited site before a string of islands that stretch to the dreaded Cape Horn. You will walk a lot, drive a lot, be amazed. And on the road, you are bound to find good meat and good wine.

What to visit en Patagonie?

When to go to en Patagonie?

The very high tourist season corresponds to the months of January and February. Between Christmas and New Year, prices sometimes explode. The high tourist season is from early November to early April. In the Great South Patagonia, November is already a busy month. The low season (rates halved) is from April to October. In Patagonia, summer extends from the end of December to the end of March, winter from June to September. In winter, the snow covers the peaks and valleys, ideal for melancholic people and skiers! However, many tourist infrastructures do not work, and transport is much more limited. In reality, these months are not recommended to fully appreciate the beauty of natural sites, unless, once again, to accept the climatic conditions and communication difficulties. On the other hand, the wind drops sharply, and some days can be absolutely superb. It is possible to trek in the Torres del Paine park, in breathtaking landscapes. Spring is not a particularly recommended season, especially in the Far South: it is the time of snowmelt, the weather is rather unstable, the wind is waking up, and many tourist structures are not working. On the other hand, the spectacle of nature that is awakening is overwhelming. Autumn is a superb and moving season. The shimmering colours of the forests, the play of diaphanous lights on glaciers and rocky peaks have something surreal. In short, for the common traveller, summer is the ideal season

Patagonia has diverse and contrasting climates depending on the region, marked by the presence of the Andes mountain range, the influence of the Pacific and Atlantic oceans, and, of course, the relief. The Andes mountain range determines two types of climate on either side of the range: wet and cool on the Pacific side (Chilean side), dry and windy on the Atlantic side (Argentine side). Temperate climate for the central region, oceanic subpolar climate in Tierra del Fuego.

In Chilean Patagonia, the currency is the Chilean peso, in Argentine Patagonia, the Argentine peso. In Chile, hotels often accept euros. Patagonia is not a cheap destination. Access flight is expensive and so is accommodation on site. But it all depends on how you travel... For both countries, the cost of living is significantly higher in Patagonia than elsewhere, but slightly below the cost of living in Europe.

To enter Argentine Patagonia, European Union nationals do not need a visa. You must present a valid passport (still valid six months after the date of return). To renew his residence permit, leave the country and come back (a new stamp for three months). To travel to Chile, persons of French, Belgian and Swiss nationality only need a valid passport that exceeds six months from the date of return and a return flight ticket. A visa will only be necessary if you wish to stay for a period of more than three months (you can extend your stay without paying when you leave the country and enter again). For other nationalities, check with the nearest Chilean consulate

Travelling to Patagonia does not require any special health precautions. However, hypothermia risks exist for unprepared or ill-equipped walkers: weather conditions can be extreme and do not rely on diligent rescue. Remember that the wind is sometimes very violent: remember to protect your body, neck, hands, but also your lips. In Patagonia, water is generally drinkable and excellent when it flows directly from glaciers. However, be careful with the tourista, be careful with the food.

How to go to en Patagonie? Our advice & tips

It is a destination widely offered by tour operators and in a wide variety of formulas, more or less sporting, more or less luxurious but in any case, you are assured of an unforgettable tour. Less folklore and less meditative than a stay alone but effective and hassle-free.

On the spot, the destination being very touristic, you will have no difficulty in finding accommodation, composing your itinerary, finding a mountain guide and above all you will enjoy the feeling of freedom and happiness that comes from the large expanses and a peaceful population. You will meet people throughout your journey. Equip yourself correctly according to the route you want to take.

You will have (very) long distances to travel. To travel in Patagonia, large budgets will be able to make some air travel to save time. Small budgets will make their itinerary by juggling mainly with buses, comparing different companies and booking more comfortable classes for long journeys. Few trains in Chile and no trains at all in Argentina. Hitchhiking works quite well on both sides. In town, you can use minibuses or taxis.

Prepare for your trip en Patagonie 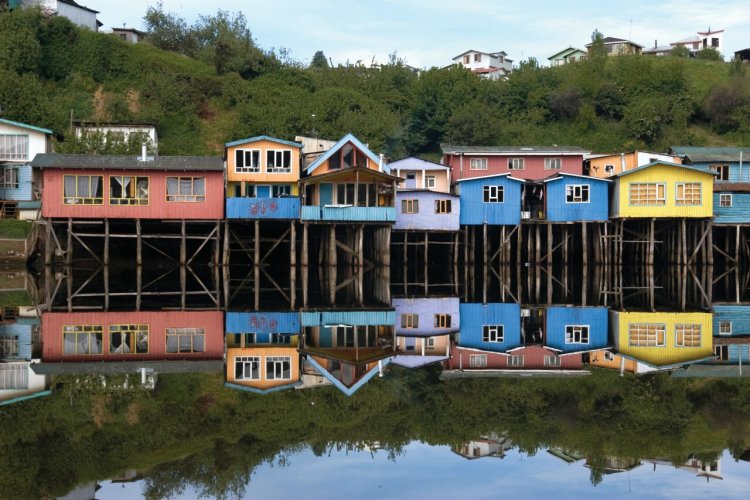 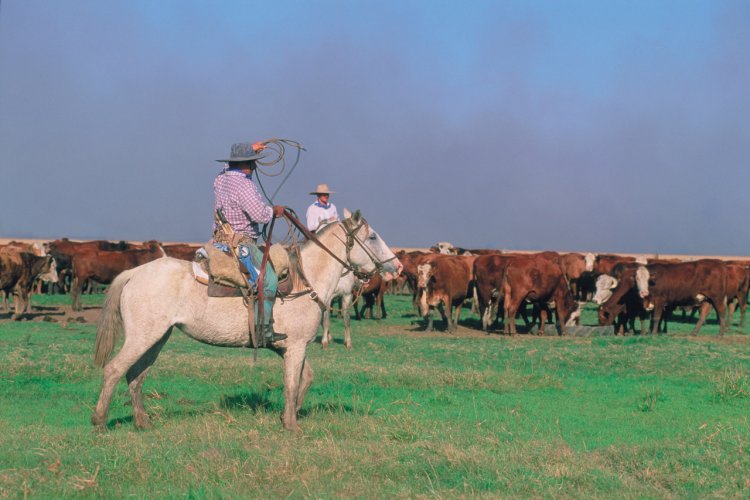 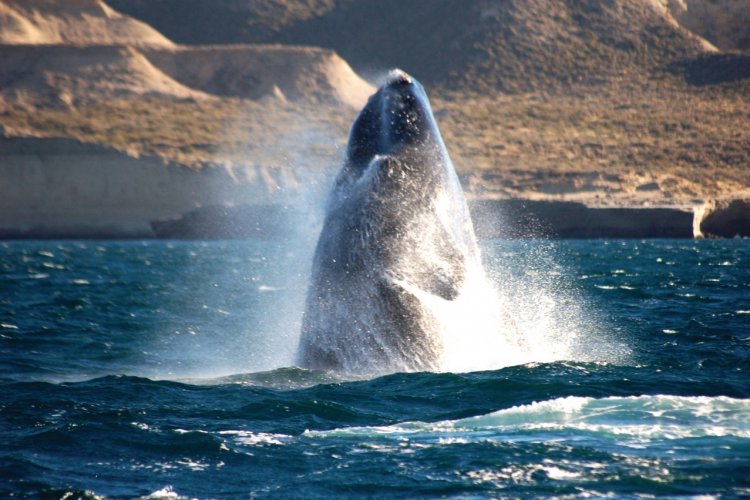 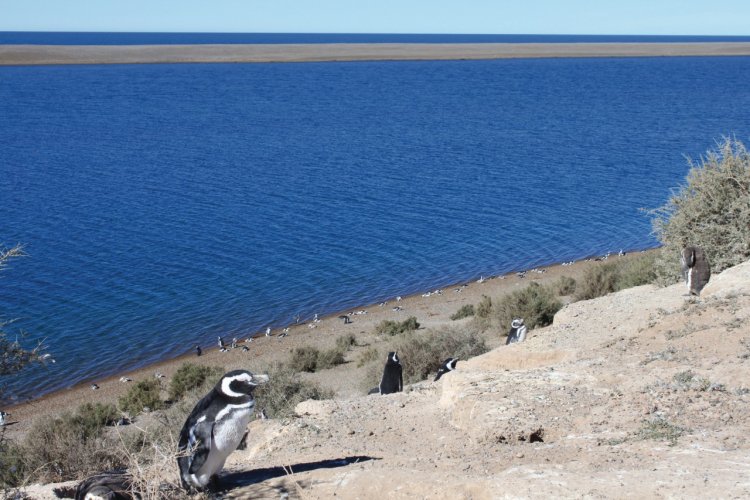 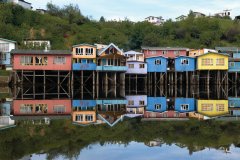 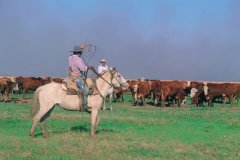 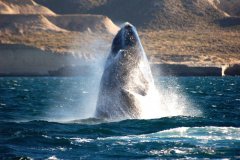 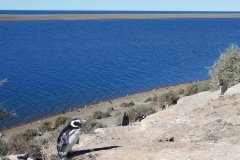 The very high tourist season corresponds to the months of January and February. Between Christmas and New Year, price...
Read more about it

Patagonia has diverse and contrasting climates depending on the region, marked by the presence of the Andes mountain...
Read more about it

To enter Argentine Patagonia, European Union nationals do not need a visa. You must present a valid passport (still v...
Read more about it

Travelling to Patagonia does not require any special health precautions. However, hypothermia risks exist for unprepa...
Read more about it

On the spot, the destination being very touristic, you will have no difficulty in finding accommodation, composing yo...
Read more about it

It is a destination widely offered by tour operators and in a wide variety of formulas, more or less sporting, more o...
Read more about it

You will have (very) long distances to travel. To travel in Patagonia, large budgets will be able to make some air tr...
Read more about it

This year, it's decided, we're going green! But not just anywhere! While being attentive to our carbon footprint and avoiding jumping on the first plane when other alternatives are possible, we will enjoy choosing the best destination to travel responsibly. That's why we have selected ten destinations to see this year. Let's now discover mythical and still impressive sites such as the piton de la Fournaise in Reunion Island and others still ...

Inherited from the libertarians of the 1960s, hippie culture may well have the wind back in its sails! Indeed, what could be more topical than this fight against consumer society and this desire for hedonism? We're even betting on a very trendy return of the ephemeral pants and the flower shirt! Some places in the world have never abandoned this philosophy and still present themselves today as bastions of flower power. From the well-known ...

Puerto Tranquilo, located on the Carretera Austral, is a village isolated from the still wild and preserved Chilean patagonia. Still difficult to access, I am already sure that this small village has all the potential of a future San Pedro de Atacama and I had the chance to taste the surrounding nature as calm as it is mystical. Crystalline lakes, glaciers, mountains and lakes... Here you can lower the volume of the world, listen to the ...