Originally a simple district of Urrugne, Hendaye owes its independence to Louis XIV. The city has long been rich and prosperous thanks to whaling, as evidenced by the coat of arms - the harpoons - symbolizing this glorious past. Located at the southern end of the Basque coast, it has experienced many historical setbacks.

From the 16th to the 18th century. At that time, the cities of Hendaye, Irun and Hondarribia - Spain - were continually at war, followed by a period of lull in which the city rebuilt itself, especially with the arrival of the railway in 1864, the beginning of an era of prosperity and commercial development, and then very quickly to a tourism policy. And today, even if history is wrong... the three neighbouring cities of Hendaye, Irun and Hondarribia live together in a Consortio that allows them to put forward their assets while faithfully displaying their differences. A successful gamble.

Today. For several years now, Hendaye has been attracting more and more travellers and visitors. Its special location, just a few steps from Spain, between the ocean and the mountains, appeals to both new inhabitants and holidaymakers. 3.5 km of fine sand, waves perfect for learning to surf, walks along the sea side to Irun: we still love this mixed city. Basque, French and Spanish are spoken here, and the atmosphere is different from other towns in the northern Basque Country. Dynamic, the municipality stands out for its numerous cultural initiatives (Youth Book Fair, interesting Mendi Zolan cultural space, enterprising media library...), its varied associations, its social centre very present in citizen actions. The Hendayan face is also its marina, which can accommodate 850 places on pontoons for boats from 5 to 16 m long. The Cité Maritime has also invested in the 200 m² Corniche Interpretation Centre. Hendaye asserts itself through its singularities, in all simplicity.

Hendaye, labelled "Famille Plus": since October 2018, with the awarding of this label, Hendaye is the only commune in the Pyrénées-Atlantiques department now classified as a Famille Plus. The town is thus committed to doing everything possible to welcome families in the best conditions for a successful holiday; in terms of accommodation, catering, leisure activities, etc.

The central part of the Boulevard de la Mer was redeveloped in 2018. Near the "Croisière" residence (former casino, Moorish building), a multimodal platform has been set up with a bus station, bicycle parking spaces and sanitary facilities. The esplanade is enlarged and can accommodate animations. The streets adjacent to the boulevard are treated with raised trays allowing the regrouping, in a secure shared space, of cycle, scooter and pedestrian modules; the beach exits are equipped with showers, foot wash and litter bins. The rehabilitation of the last part of Boulevard de la Mer will be completed in June 2019.

Opening of a 10 km cycle path from the Corniche to Behobie. 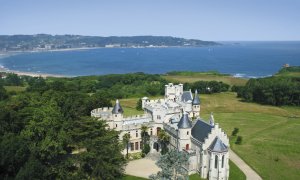 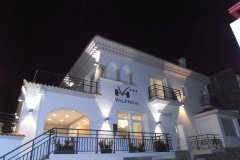 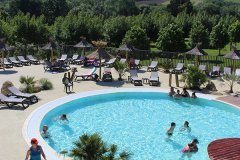 From 05/28/2020 to 09/20/2020 : Still too little known in France, British painting is nevertheless fascinating. To put the spotlight on large paintings by artists from across ...

Prepare for your trip Hendaye/Hendaia

From 7.30 pm, take part in the great popular and convivial dinner organised in Hendaye to celebrate the local speciality: the chipiron. Just like cuttlefish, this type of squid has a black ink pocket. With its small elongated body, the chipiron is very appreciated for its tentacles. This evening is one of the great festivals of summer. Between gastronomy and entertainment, the city's associations are mobilizing to make you spend a superb ...