The Pyrénées-Atlantiques, located on the Spanish border, is bordered to the west by the Atlantic Ocean and to the east by the Pyrenees. They form a land of contrasts with the Basque Country on one side and the Bearn on the other. The destination offers a diversity of landscapes and activities. The Pyrenean mountains are ideal for skiing in Gourette, Artouste or Pierre Saint-Martin, for thermal baths in Salies-de-Béarn, Cambo-les-Bains, Eaux-Bonnes and Eaux-Haudes, and for hiking. In Pau, the castle where Henri IV was born and the boulevard des Pyrénées, populated by palm trees, with its panoramic view of the mountains, are essential. The department has seven caves, Isturitz, Sare and Betharram being the most mentioned in the tourist guides. Typical villages such as Saint-Jean-Pied-de-Port, Ascain or Ainhoa have remained authentic. To get higher, the 1924 Rhune train takes you to the mythical peak of the Basque Country at 905 metres. The cities on the coast from Bayonne to the border form a chain where the majority of tourists are concentrated. Biarritz is the surfers' spot, Saint-Jean-de-Luz seduces by its charm, Hendaye is proud of its immense beach of fine sand. The gourmet specialities of the Pyrénées-Atlantiques are as varied as the region: Jurançon wines, madiran, irrouléguy, Basque cider, suckling lamb, black pork from Bigorre, Béarnais pudding, Bayonne ham and chocolate, sheep's cheese, Basque cake, Espelette chilli pepper, salt from Salies, trout, salmon, chipirons.

What to visit Pyrénées-Atlantiques?

When to go to Pyrénées-Atlantiques?

When to go to the Pyrénées-Atlantiques? Given the diversity of climates and landscapes of the Atlantic Pyrenees, the period is chosen according to the activities. When to go to the Pyrénées-Atlantique? Snow sliding lovers will prefer the months of January to March, those who like water sliding will come from May to September even if some surfers are present all year round. The best period is the high season for all types of tourism, but it rains in the Basque Country in summer, which can cool the temperature. If it rains, you can always take refuge in bars or tea rooms to drink hot chocolate. In the Pyrénées-Atlantiques, there are many demonstrations. The most famous are the Bayonne festivals, which begin the first weekend of August and end the following Sunday, and the Espelette chilli pepper festival, which takes place at the end of October. Many races or marathons take place all year round, but the most spectacular in March is the Pyrenean Snow Triathlon where you have to run 19 kilometres, pedal 35 kilometres and ski touring 2.5 kilometres. Fishing is also a sport and in July the World Salmon Fishing Championship attracts many enthusiasts to Navarrenx. Pau is the only city in France with an urban layout and its shoelaces are famous in the world of motor racing. Even if some would like them to disappear, the big prizes still exist. Spotlight on Biarritz on July 14 and August 15 with pyrotechnic shows and a bodega village. At the end of June-early July in Oloron-Sainte-Marie, the jazz festival des Rives et des Notes often plays to a sold-out audience. At the end of July and beginning of August, Château de Laàs hosts the festival des Transhumances musicales (folk, rock, tales, etc.). Finally, the gourmands will all be on the first weekend of October in Laruns for the Cheese Fair

The weather in the Pyrénées-Atlantiques is divided in two. The ocean front is watered mainly in winter and dry in summer. The average temperature ranges from 5 to 22°C, with peaks up to 38°C in July and August and minimums slightly below 0. The mountainous area is close to a subalpine climate with winter snowfall. Temperatures are sometimes negative in winter, but can rise to 25°C or even higher in summer. Pau enjoys a temperate Mediterranean climate

Musik in suites! From 12 to 15 October, the Club des hébergeurs de la Vienne has concocted a unique Festival in the hotels of the department. A ...

Matthieu Ricard is a photographer, author, scientist and Buddhist monk. He started photography at a very young age. During his travels through ...

Prepare for your trip Pyrénées-Atlantiques 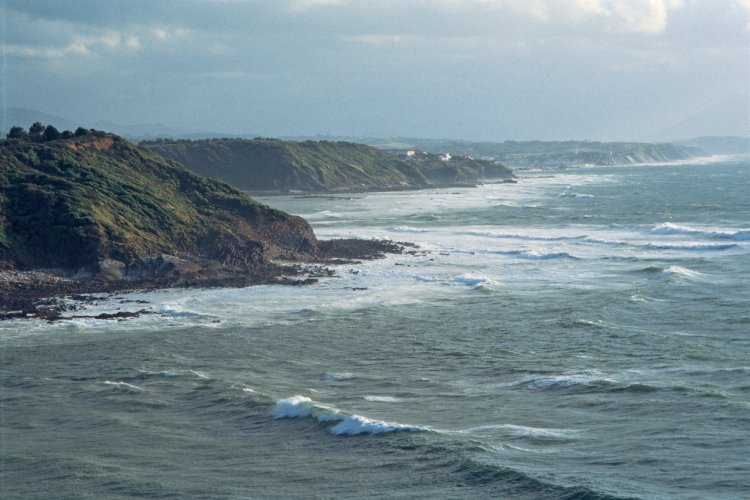 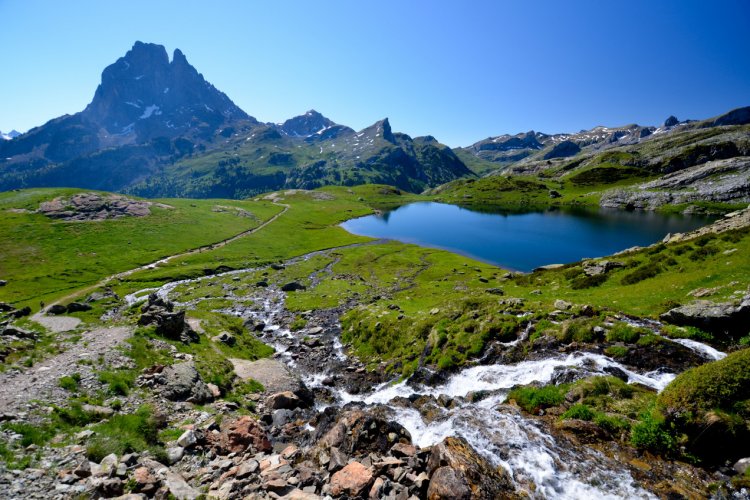 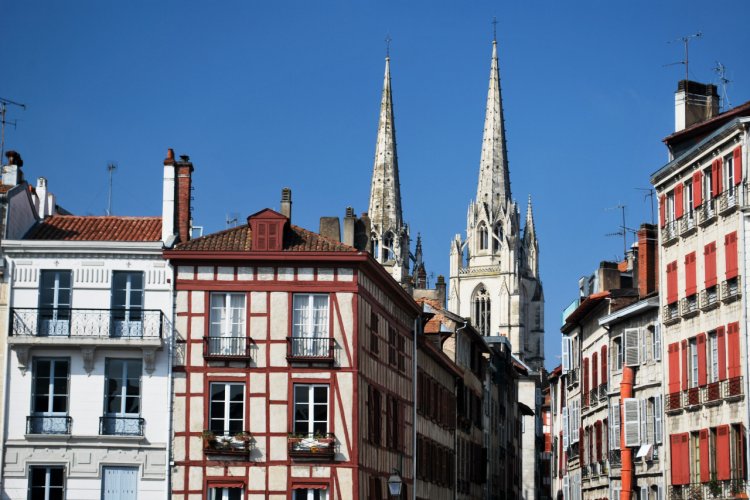 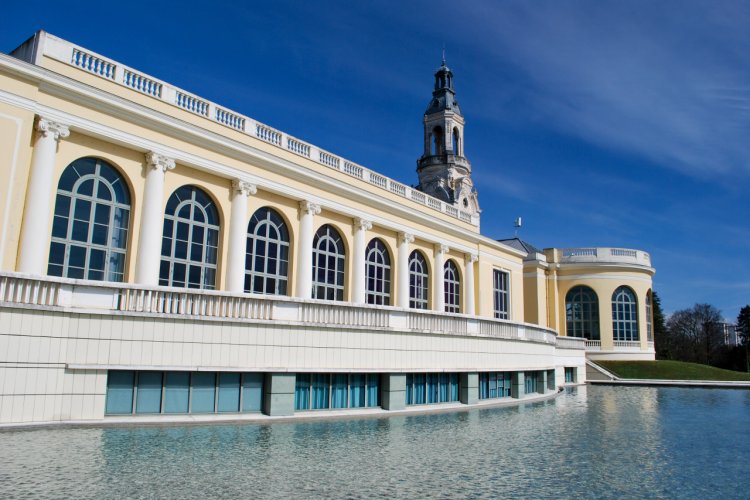 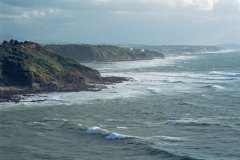 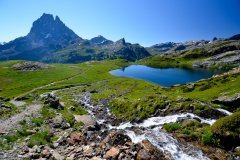 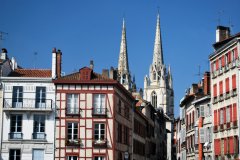 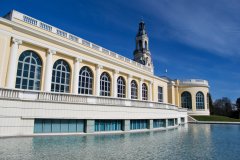 When to go to the Pyrénées-Atlantiques? Given the diversity of climates and landscapes of the Atlantic Pyrenees, th...
Read more about it

The weather in the Pyrénées-Atlantiques is divided in two. The ocean front is watered mainly in winter and dry in s...
Read more about it

Many people living in urban areas want to leave the city for a weekend or more to enjoy the pleasures of country life. Stroll through the narrow streets of a small village, contemplate the local architecture, stop at a good restaurant to discover the local gastronomy and in no time, find yourself in the middle of nature for a walk, a bike ride or a horse ride. The countryside is full of paths through fields and forests, and also leads to the ...

It is not uncommon for seniors to want a change of scenery when they retire and to choose to move to a region that appeals to them. There are many cities in France where it is good to spend peaceful days, and which attract seniors for the mildness of their climate, their cultural offer, their services and their associative fabric offering a multitude of activities. For accommodation, the senior residence is a solution of accommodation which ...

With the warm weather coming back, people are starting to feel the urge to take to the sea. For motorcycle road trip enthusiasts, and especially for those who like to ride close to the ocean, a motorcycle trip along the Basque coast is an ideal route. You can stop in the emblematic towns of the Basque Country as well as in villages with authentic architecture. Between two journeys, you can discover a gastronomy rich in flavours, a beautiful ...

What if the good weather was an opportunity for bikers to put on boots and gloves and head for the South West of France? That's where the Basque Country is located, an area renowned for its wide range of landscapes. One thinks of course of its rugged coastline overlooking the Atlantic, but also of its green and hilly areas bordering the Pyrenean mountain range. The Basque Country is a natural environment of breathtaking beauty, but also a ...