It is at the southern tip of Europe, at the end of the Iberian Peninsula, that this paradise corner neighbouring Andalusia thrives, beaten by the invigorating waves of the Atlantic Ocean: the Algarve, a destination that continues to attract an increasing number of holidaymakers year after year. It must be said that its assets are numerous, and may even tend, at the peak of summer, to serve it as its golden sandy beaches are so crowded. However, by taking a step aside, by walking along the still virgin paths of tourism, we discover another Portugal, a coastal land made up of small towns and small fishing villages full of charm, sumptuous fine sandy beaches bristling with rocks whose relief has been softened by erosion, forgotten coves... The Algarve tourist guide takes you on a wander of tables of seafood and fresh fish from Sagres or Lagos in fertile lands ideal for strolling, between orchards, fields of fig trees and almond trees. From hiking on the wild and majestic coastline of the Vicentine coast or in the semi-tropical valleys of the Serra de Monchique, to the striking architectural heritage of the picturesque Faro, the region's capital. The Moorish influence of yesteryear can be felt everywhere in Portuguese culture in the Algarve, from gastronomy to craftsmanship, including architecture, such as the castles that dot the territory. Let us not forget its inhabitants, without whom the Algarve would not be the Algarve, always inclined to share some good moments with travellers passing through.

The must-see places in Algarve

When to go to Algarve?

When to go to the Algarve? For those who have the opportunity to choose, the best times to visit the Algarve are spring (the time of some popular festivals), early summer (and its many festivals) before August (the time when most Portuguese, English and Dutch people take their summer holidays and when tourism-related prices are the highest) and autumn. Spring and autumn are the mid-season and are ideal seasons to enjoy the magnificent mild climate of the southern coast of Portugal while avoiding the crowds and the great heat of the high season. To the question "when to go to the Algarve", June and September are two very good answers. But the Algarve, which enjoys a very mild climate, can certainly be visited all year round. That being said, why not take a tour of this destination from December to February, the time when accommodation facilities are offering sacrificed prices? The waves, all year round, will make these magnificent beaches a paradise for surfers.

The Algarve weather has a strong character. In Faro, the average temperature is 12°C in winter, 16°C in April, 26°C in August, 19°C in October and 13°C in December, with rainfall from November to February. Average temperature of the Algarve over the year: 18 °C. The west is sunny most of the year with very pleasant temperatures until the end of November. Sea surface temperature: 15 to 16°C in January, and 22 to 25°C in August.

All Portuguese people say it: the Algarve is an expensive region. The fault of an excessive tourist attendance in some areas in the summer. But this cliché is not without hiding strong disparities, even within cities known as "expensive" such as Albufeira or Faro. There is always a way to find cheap addresses with an excellent price-quality ratio. The small villages in the interior of the Algarve will undermine the clichés.

No visa is required to travel to the Algarve for nationals of the European Union and Switzerland: an identity card or passport is sufficient. For unaccompanied minors, an authorization to leave the territory is required (forms in town halls or police stations). A visa is not required for Canadian nationals if their stay in the Algarve is less than three months

Necessary documents for those coming by car: national pink three-part driving licence (not to be forgotten also if it is planned to rent a car or motorcycle on site) or international licence. Green card insurance.

No major risks to report when leaving for Portugal. No vaccine is recommended to travel to the Algarve. It may be useful, however, to check to see if yours are up to date. Before leaving, take your health card with you and go to a Social Security ATM, ask for the provisional European health card. The paper that will be given to you immediately serves as a card until you receive the official card, valid for one year. If you are ill, your medical expenses at the hospital will be covered, as well as in the event of an accident. As for drinking water, we will avoid drinking tap water in the Algarve. Prefer mineral water bottles

How to go to Algarve? Our advice & tips

There are many tour operators and specialists in the region who are perfectly willing to prepare a tailor-made trip, an organised tour, a family holiday or an all-inclusive (all-inclusive) stay in the Algarve, its cities and hinterland. A destination well known to tourism professionals, you will find many offers on the market. All that remains is to choose the one that suits you best!

To get to Faro, the capital of the Algarve, you can opt for a flight. Rates vary greatly depending on the city of departure, the period and the time of advance booking of the ticket. In high season, a low-cost return flight from France, for example, is around €200, compared to €80 in low season. To obtain attractive rates, it is essential to do so well in advance. You can also travel to the Algarve with your own vehicle

If you do not have a personal vehicle or a rental vehicle, allowing considerable range of movement, you can still travel easily in the Algarve: public transport works very well in southern Portugal. Cheap trains and buses sweep the coast. The seaway, in addition to being pleasant, is a possible option, while in the city, taxis are very numerous and relatively cheap.

Prepare for your trip Algarve

One week in the Algarve

Grand tour of the Algarve 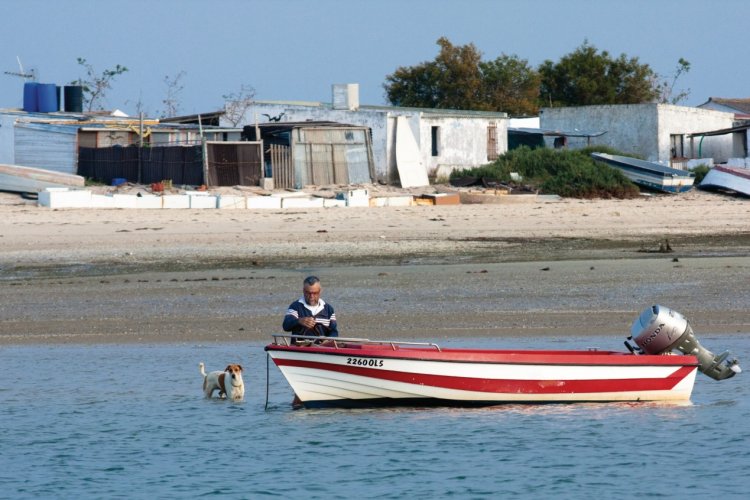 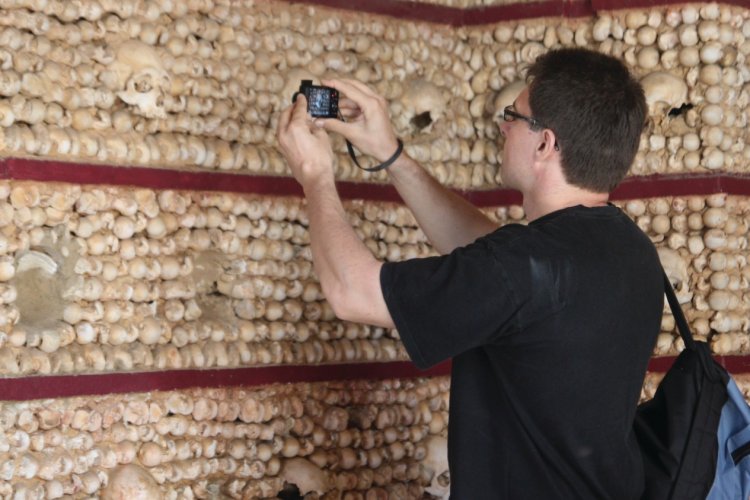 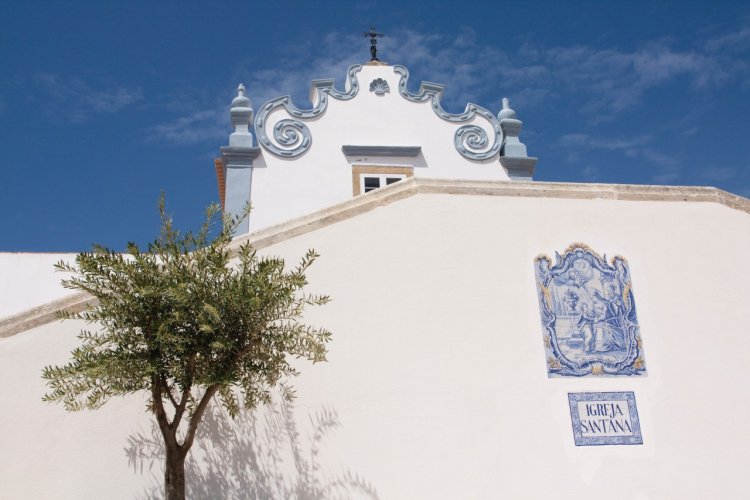 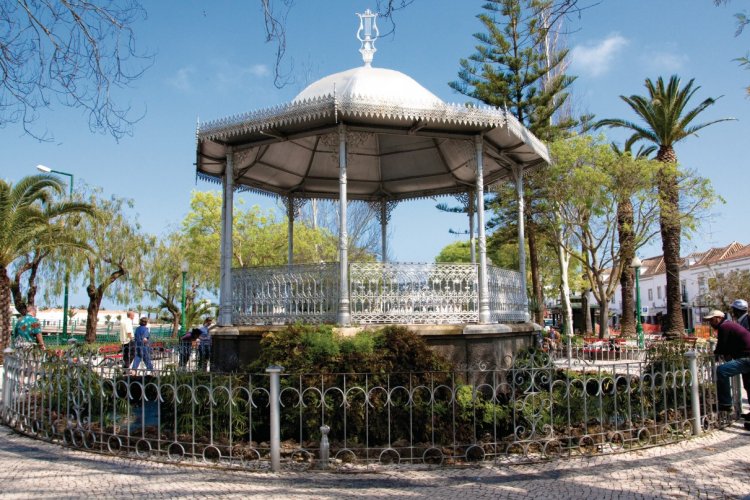 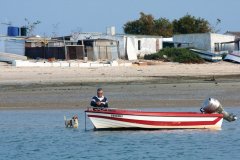 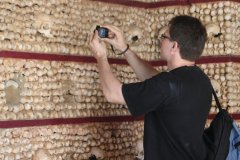 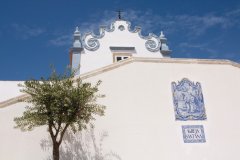 When to go to the Algarve? For those who have the opportunity to choose, the best times to visit the Algarve are spri...
Read more about it

The Algarve weather has a strong character. In Faro, the average temperature is 12°C in winter, 16°C in April, 26°...
Read more about it

All Portuguese people say it: the Algarve is an expensive region. The fault of an excessive tourist attendance in som...
Read more about it

No visa is required to travel to the Algarve for nationals of the European Union and Switzerland: an identity card or...
Read more about it

No major risks to report when leaving for Portugal. No vaccine is recommended to travel to the Algarve. It may be use...
Read more about it

To get to Faro, the capital of the Algarve, you can opt for a flight. Rates vary greatly depending on the city of dep...
Read more about it

There are many tour operators and specialists in the region who are perfectly willing to prepare a tailor-made trip,...
Read more about it

If you do not have a personal vehicle or a rental vehicle, allowing considerable range of movement, you can still tra...
Read more about it

The best tourist film in the world is Portuguese!

The film You Only Love Once, from the VidaMar Resort Hotel Algarve, has just won the award for Best Tourist Film in the World, a prestigious prize awarded by the International Committee of Tourist Film Festivals (CIFFT). Produced by Lobby Films & Advertising, directed by Telmo Martins and written by Frederico Pombares, the 12-minute short film was shot in 2019, mainly at the VidaMar Resort Hotel Algarve, a superb 5-star resort located in ...

On the abandoned beach, shells and crustaceans.... Are you already thinking about your future swimsuit? We understand you! Europe is full of splendid beaches to refresh you when the sun comes out. Wild or jet-set, towel or private sunbathing: it's up to you! From Portugal to Greece, Germany and Italy, Petit Futé offers you its ranking of the most beautiful beaches in Europe.Beaches of Sylt Island, GermanyThe island of Sylt is the jewel of ...

10 unforgettable hikes around the world

Tired of these repetitive days, you dream of wide open spaces and fresh air? Walking is, without a doubt, one of the best ways out of everyday life. Hiking allows you to immerse yourself in the heart of nature and discover, at your own pace, breathtaking landscapes. Experienced walkers or beginners, Petit Futé takes you on the most beautiful hiking trails in the world, from Argentina to New Zealand and Ethiopia N°10 - The picturesque Via ...

Football, sun and fado: welcome to Portugal, a colorful land! Bordered by the Atlantic, which forged an incomparable identity, this small country is one of the oldest in Europe. From festive Lisbon to the charming Évora, its contrasting beauties delight travelers. The generosity and reception of the Portuguese is no longer to be proved, so why not spend your summer there? Little Futé offers you the essentials of Portugal!FaroZoom on Faro, ...