Top 10 of the most beautiful landscapes of France in painting

After exploring our beautiful country last summer, we start dreaming of a road trip to the four corners of France. So why not mix artistic culture and travel? Over the centuries, painters have been able to capture the most beautiful landscapes of our country: the Impressionists took up residence on the banks of the Seine and in Normandy, Van Gogh and Cézanne in the South, Courbet in the green Franche-Comté, and the Crozant school in Creuse. They offer us with their paintings an extraordinary panorama of the most beautiful landscapes of France, a breadcrumb trail to follow to discover magnificent and often hidden places, which have inspired some of the greatest geniuses of painting.

Courbet and his homeland: Franche-Comté

To begin this top 10, it is impossible not to mention one of the most famous landscape designers: Gustave Courbet. In spite of his departure to Paris and his political commitment there, he kept very strong ties with his native country: Franche-Comté, and more particularly the town of Ornans, whose surroundings and inhabitants he painted and repainted. His works represent a generous and green nature, rivers and cliffs, as well as one of his great specialities: snow, whose texture and colour are always admired. During a visit to Ornans, you should not miss the opportunity to admire many of his paintings at the Courbet Museum. In search of inspiration, you can also follow the Courbet Trails that the artist has so often taken. 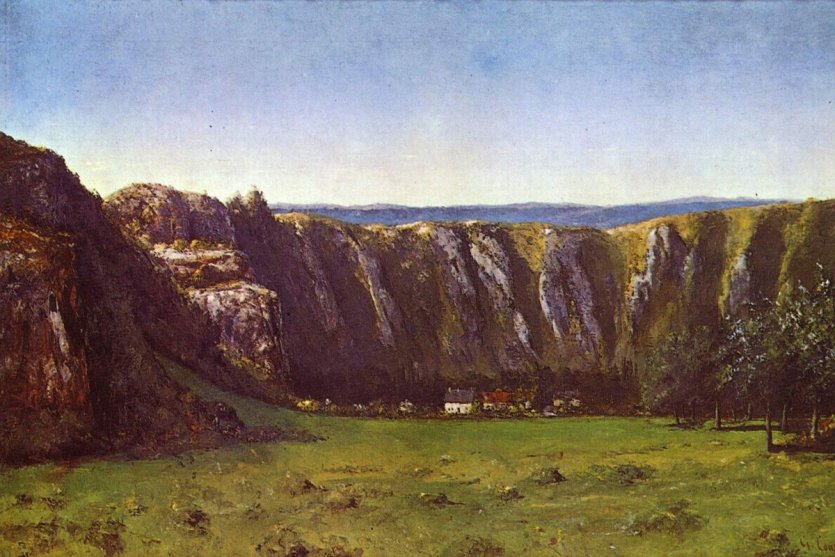 The cliffs of Étretat, a mecca for painting

Etretat, a small port in Haute-Normandy, is certainly one of the most represented landscapes in painting. Its cliffs which throw themselves into the sea fascinate and captivate, they are made of white chalk which contrasts with the often grey weather of Normandy. Courbet, Monet, who painted about fifty canvases there not all the time, and Boudin, whose painting illustrates this number 2, succeeded one another. Impressionists, realists, fauvists or even romantics, many artists have fallen under the spell of this legendary territory. We have also come across writers who helped build the myth of the place: Flaubert, Maupassant or Maurice Leblanc 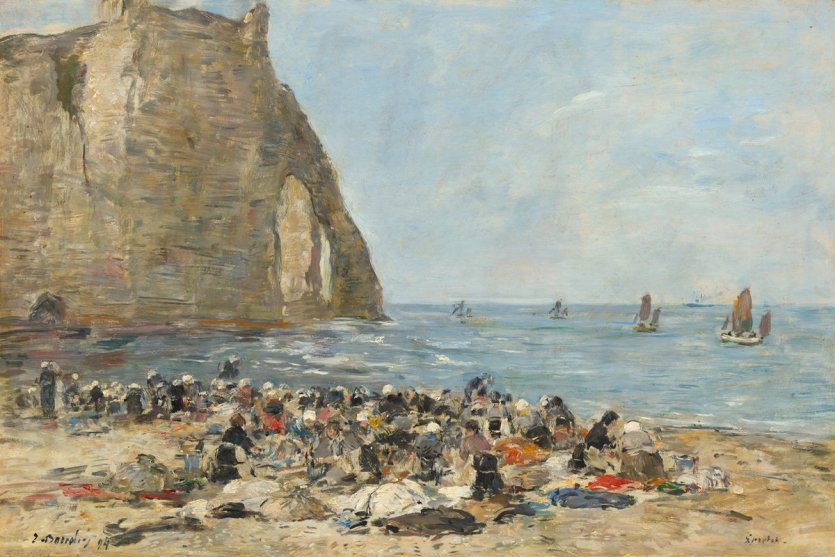 Who better than Paul Cézanne painted Provence? The artist from Aix-en-Provence gave his native country a luminous painting, which, although it is close to Impressionism, surpasses it by a use of painting in volume, where texture is as important as drawing. He is credited with nearly 300 paintings, many of which are from Mount Sainte-Victoire. Cézanne was very close to Zola, his childhood friend, before falling out with the latter 20 years before his death. It is impossible to dissociate Cézanne from his native Provence. Little known until 1895, a monographic exhibition was dedicated to him that same year and many artists fell in love with his work, among them Monet, Degas and Renoir 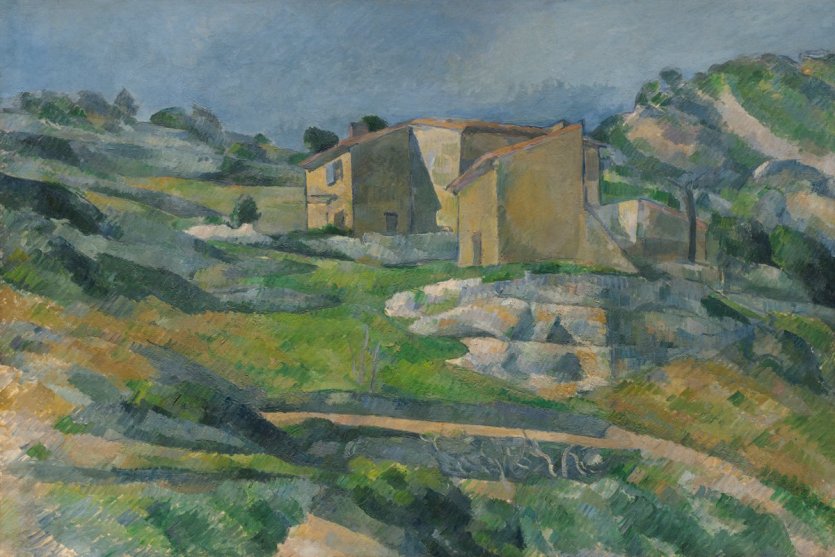 The Barbizon school, painting with your feet in nature

The Barbizon school marks a turning point in the history of painting. Until then, the classical school classified the genres of painting according to their importance: landscapes only ranked 5th out of 6. The Barbizon School will participate in the collapse of this order by advocating a painting as close as possible to nature, not to say in the middle of nature and not in a studio. The painters set up their easels in the forest of Fontainebleau near Barbizon. Among these painters qualified as landscape painters, we find names such as Alexandre Desgoffe, Antoine-Louis Barye or Jean-Baptiste Camille Corot 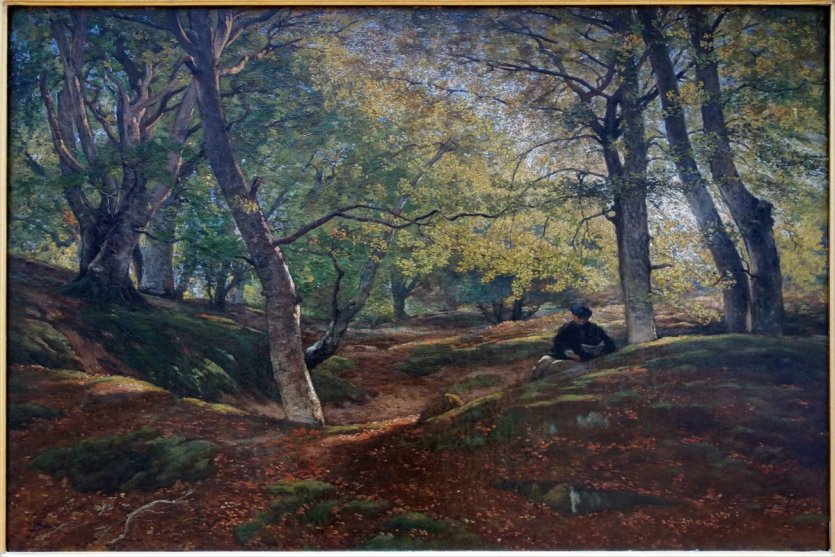 The Phocaean city according to Signac

Marseille is a city full of life and activity. We no longer present its Old Port, which perfectly symbolizes its deep anchorage on the shores of the Mediterranean. Many artists have taken an interest in it, to describe it, sing about it or paint it. Strolling through the different districts, on the port, through the streets, or joining the basilica, the composition is exceptional as is the atmosphere and the colours of the city. Signac, leader of the Society of Independent Artists and a great landscape artist assimilated to pointillism, represents Notre-Dame-de-la-Garde in the distance, reigning like a matron over the city 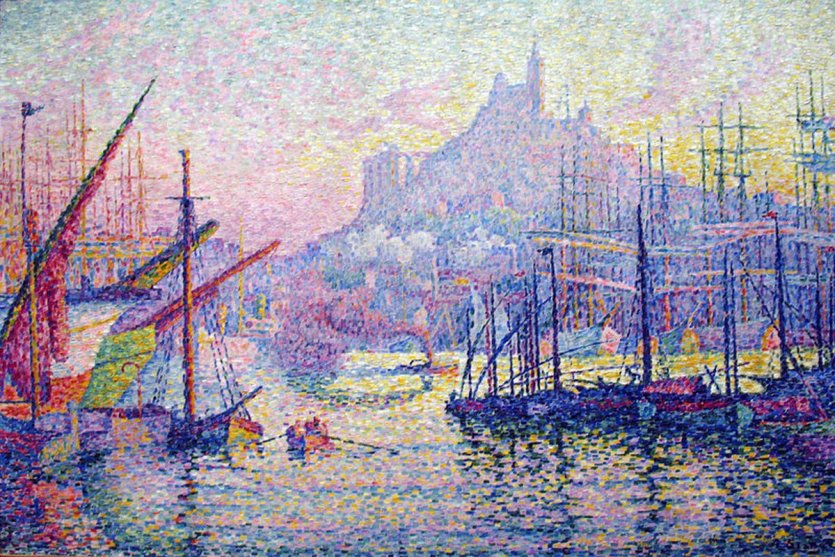 What Brittany brought to the nabis

The Talisman is the founding painting of the Nabi movement. Painted by Paul Sérusier in 1888, the painting goes beyond Impressionism to focus solely on sensations, leaving aside any need for a realistic rendering. The forms are colors, one enters into abstraction. It is no longer a question of copying nature but rather of creating an illusionist rendering of it. Sérusier here represents an autumn landscape in Pont-Aven where Gauguin guided him to deepen his work. It is the landscapes of Brittany and the local atmosphere that helped in the composition of the Talisman. The Nabi movement which came into being in the wake of this painting, takes its name from the Hebrew and means "prophet". 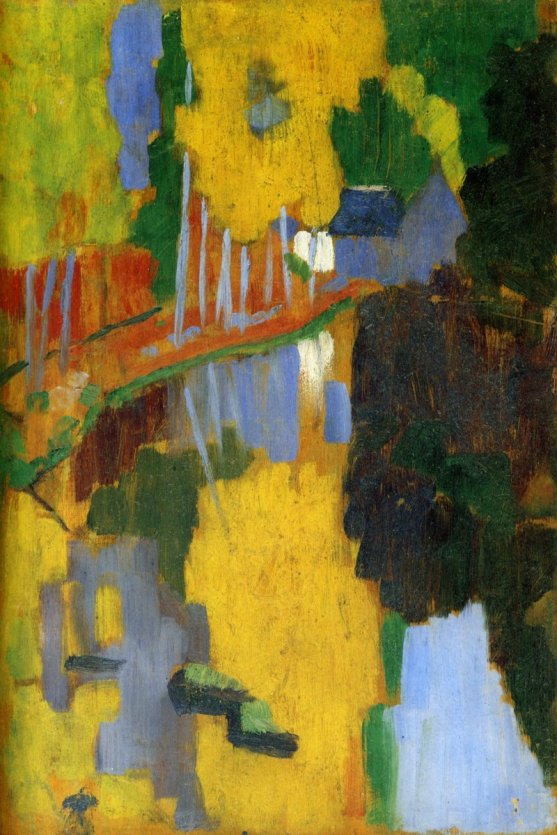 Céret, the Mecca of Cubism

From the beginning of the 20th century, the town of Céret attracted a large number of artists. Located in the Vallespir in the Pyrénées-Orientales, it offers a great diversity of mountain landscapes. Before the First World War, it was the two artists Manolo Hugué and Franck Burty-Haviland who came to sunbathe in French Catalonia and fell in love with it. Then it was artists from the "Ruche" in Montparnasse who came here before Céret became a refuge for artists and intellectuals during the Second World War. Among the most famous residents were Braque, Picasso, Marc Chagall and Chaïm Soutine. The angular shapes of the surrounding massifs were an inexhaustible source of inspiration for the Cubists. So many of them went there that Céret was soon renamed the "Mecca of Cubism" 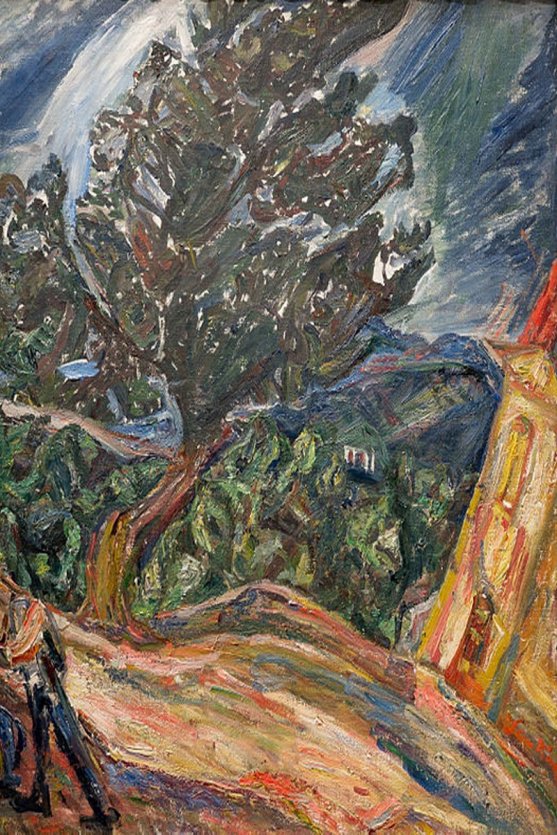 L'École Dauphinoise, a detour to the mountains

If the cubists and impressionists were inspired by their emotions to translate on canvas the landscapes they see, it is different with the painters of the École Dauphinoise. Sometimes accused of being academists, they tried to reproduce as well as possible what they saw: mountain landscapes which were fashionable at that time, snowy summits, and skies of infinite blue. They soak up the feeling of freedom that these panoramas of the Dauphiné region inspire them. Among the names that characterize this movement are Laurent Guétal, Ernest Victor Hareux and Théodore Ravenat, who was one of the first students of Jean Achard, the initiator of the movement. 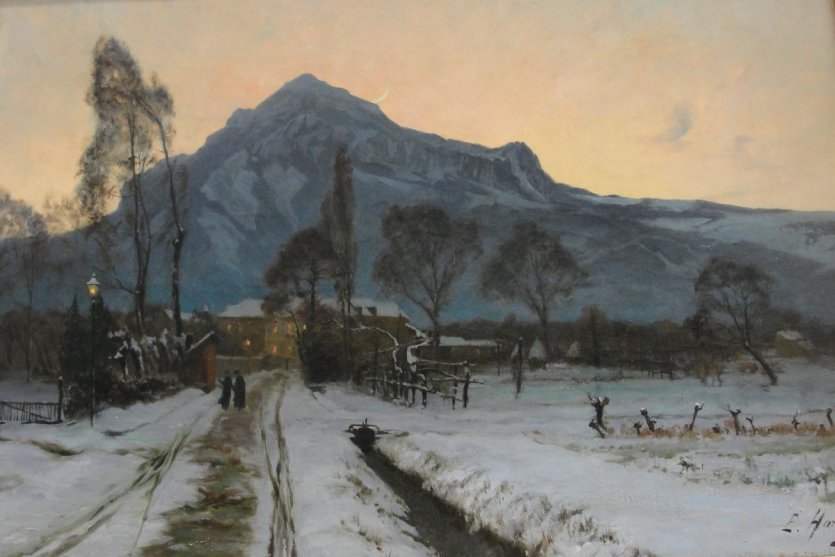 In the footsteps of the impressionists

Who has never fallen into swoon before one of the works of Monet, Sisley or Pissarro? The impressionists succeeded in the tour de force of making their paintings vibrate, while nevertheless moving away from hyperrealistic representations. The subjects of their canvases stand out from the academic traditions: we see scenes of daily life, landscapes or still lifes. They have chosen to live on the banks of the Seine outside Paris and in Normandy, for the tranquillity and beauty of these places. The painters are then outdoor painters and nature as well as man's contact with it is an infinite source of inspiration. 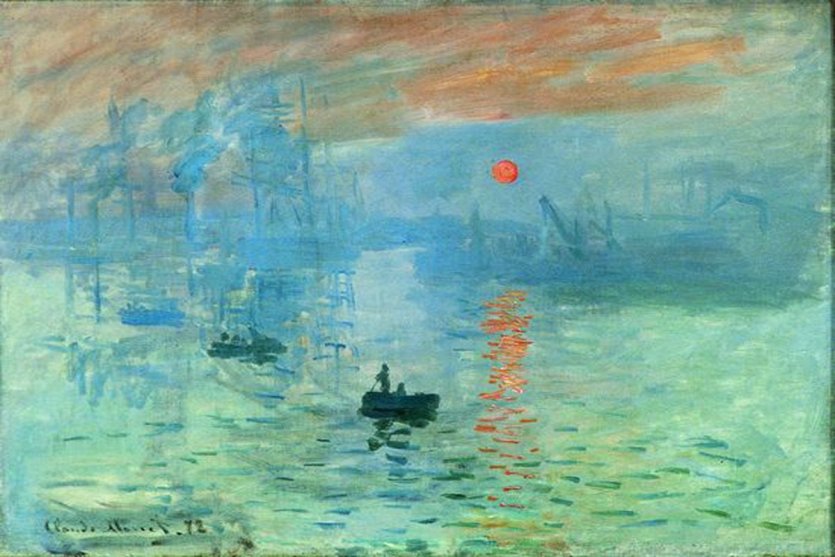 To finish this top 10, one of the most famous painters in the world for an iconic painting: Starry Night on the Rhone, by Vincent Van Gogh, of the post-impressionist and symbolist movement. This top 10 includes many natural landscapes, here is a more urban one, from the city of Arles. The artist, whose tumultuous life was marked by her fits of madness and stays in asylum, offers here a moving and captivating landscape. From the moment he set down his suitcases in Arles, Vincent Van Gogh had a deep desire to paint a starry night and told his brother Theo about it in a letter sent in 1888. In September of the same year, he created the mythical painting that can be seen today at the Musée d'Orsay in Paris. The artist is one of the first to have painted a night. 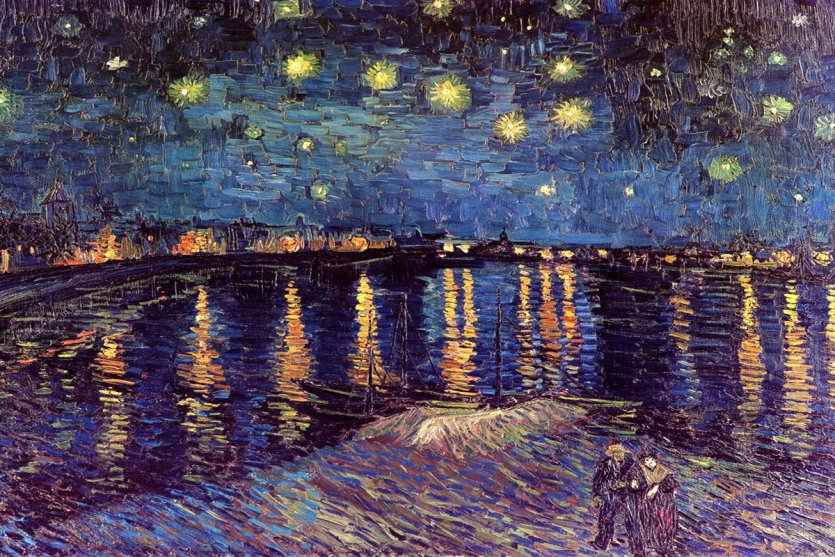 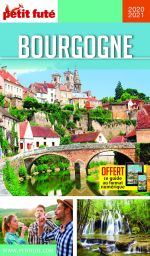 Christmas is a magical time when we meet as a family for good meals and exchange gifts by the fire... Or not! Many ...
Read the article

Escape for a romantic ...

To disconnect from everyday life, to get closer to nature and enjoy everything that makes up the richness of a region, ...
Read the article