To the east is Nevers, the Roman and medieval capital, languishing on the banks of the Loire, to the west is the magnificent regional natural park of Morvan. This territory with its picturesque villages and villages (La Charité-sur-Loire, Puisaye, Corbigny, Decize...) is watered by numerous rivers, including the Nièvre, the Loire, the canal latéral à la Loire and the canal du Nivernais, which give it a very special charm. You can walk along the banks, picnic by the water, fish, meditate while watching the boats pass by and even sail to discover the villages and vineyards along the water

Stroll through Nevers, the former city of the dukes, and La Charité-sur-Loire, a city of rich heritage, a city of words and a medieval town, cross the path of Santiago de Compostela, visit the castle of Bazoche and some remarkable religious buildings. Bernadette Soubirous's shrine in Nevers is one of the most visited sites in Nièvre. On the natural side, go west to discover the lakes of Vaux and Baye, hike in the landscapes of Morvan and discover one of its jewels, the Lac des Settons, famous for sailing and the famous jump of Gouloux, from which leaps the waterfall of Le Caillot, source of legends. To reconnect with history, visit the archaeological site of Bibracte and the Museum of Celtic Civilization. Gourmet? On the Nivernais markets, local producers offer Charolais meat, cheese and wines including Pouilly-Fumé. And trust the Toques from Nivernais, who identify the best local chefs, to delight you

The must-see places in Nièvre

When to go to Nièvre?

When to go to the Nièvre? All year round, knowing that the high tourist season takes place in summer with festive, cultural and gustatory activities. At the end of the year, beautiful Christmas markets are held in some town centres, including those in Nevers, La Charité-sur-Loire and Decize. The one in Lormes en Morvan is magical. To discover the Nièvre by boat or by taking a cruise on the canal latéral à la Loire which crosses Nevers or the beautiful canal du Nivernais (from Châtillon-en-Bazois, for example), it is to be done in spring, summer or autumn, each season having its charm.

Motorsport enthusiasts will keep abreast of motor racing on the Magny-Cours circuit. In the cultural field, another event attracts many spectators: the Zaccros d'ma rue festival in Nevers, a street arts festival, in early July. As for discovering La Charité-sur-Loire, it is best to plan your visit during one of the events organised around the book, in April, October or August or, for swing lovers, during the Blues en Loire festival (August). We can also mention the Estivales en Puisaye-Forterre (classical music) during the second half of August, the French song festival in Lormes (July), the accordion festival in Luzy (August) or the D'Jazz festival in Nevers (November)

The department of Nièvre is not homogeneous in terms of climate. There are three different climatic zones. The Nivernais region and the Bourbonnaise Sologne have a degraded oceanic climate, dry summer, high thermal amplitude. To the east, on the border of the Morvan, it is a climate of mountain margins, then at altitude a distinct mountain climate: cold winter, cool and humid summer. Finally, in the plain, south of the Morvan, there is an altered oceanic climate (moderate rainfall).

Prepare for your trip Nièvre 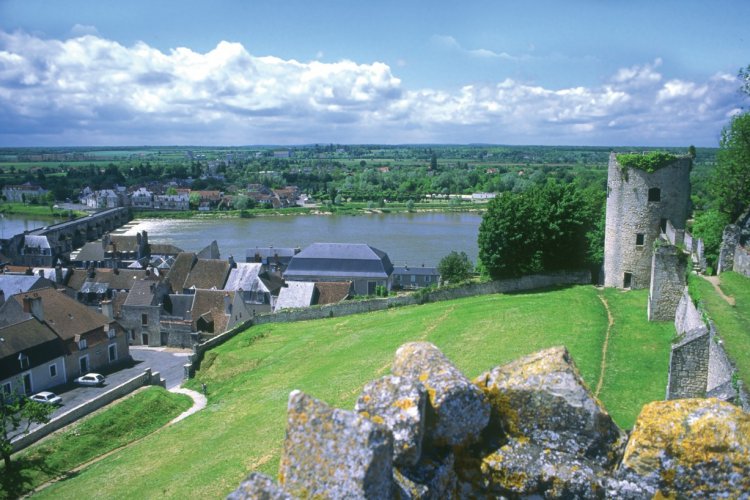 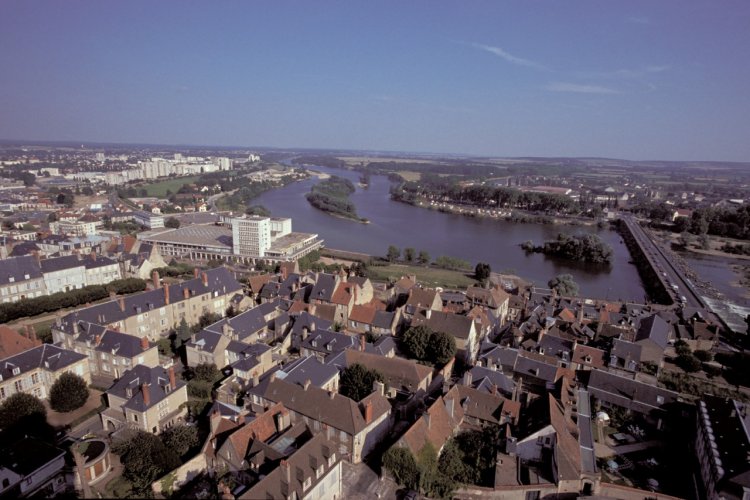 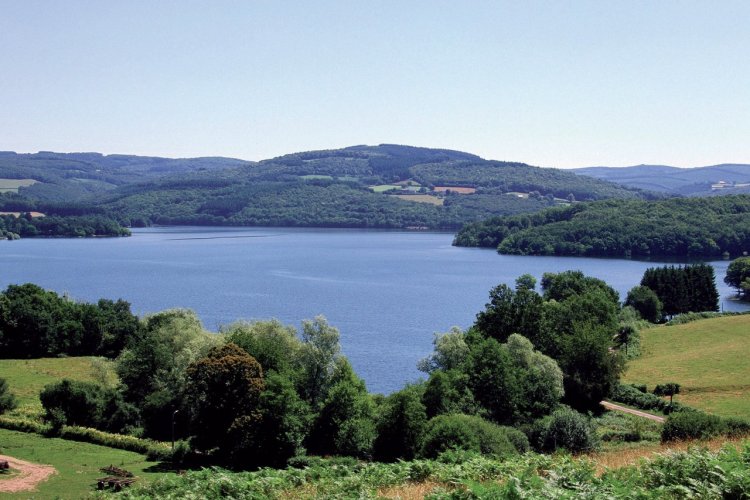 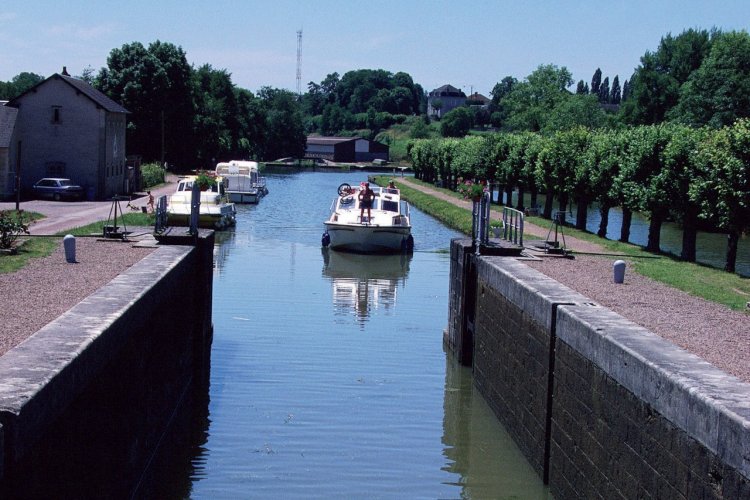 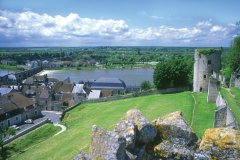 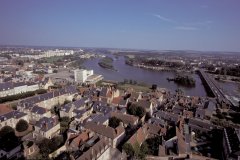 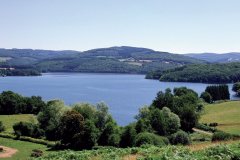 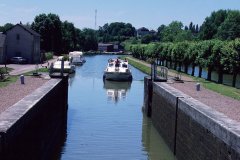 When to go to the Nièvre? All year round, knowing that the high tourist season takes place in summer with festive, c...
Read more about it

The department of Nièvre is not homogeneous in terms of climate. There are three different climatic zones. The Niver...
Read more about it

Nièvre, from the Loire to the Morvan

The school year has passed and you already want to take off? It couldn't be easier! The Nièvre is perfectly located halfway between Lyon and Paris. La Nièvre is three worlds: the vineyards of the Centre-Loire, the famous Nivernais canal and the magnificent Morvan Regional Nature Park. There is something for everyone, from epicureans to sportsmen and women to the family, everything is there, let yourself be guided! Harvest time along the ...

The Nièvre, between walks, culture and fresh air

At 2 hours from Paris, the department of NievreNestled in the south-western part of the Burgundy-Franche-Comté region, it is full of options for families or groups of friends eager for fresh air and walks. In the centre of the country, the department is both on the road to Santiago de Compostela, allows you to enjoy yourself by tasting quality wines, to go back in time by discovering an important place of the Second World War, to sail on ...

La Nièvre, walks and hikes for all

Chase away preconceived ideas! To enjoy the fresh air, you don't need the latest walking shoes, climbing carabiners or training worthy of a Tour de France runner... La Nièvre has set up hikes and walks "à la cool" to enjoy the green lung of Burgundy with family or friends. 2 hours from Paris, forests, small mountains, canals and lakes await you for an invigorating and relaxing getaway. So, beginners or not, get to your agendas! The ...

8 good reasons to visit the Nièvre

Just two hours from Paris, in the centre of France, the Nièvre is a real breath of fresh air. With its omnipresent forest, hilly landscapes and the Loire which reigns supreme, it is the natural destination par excellence, ideal for a long weekend! If you are not yet convinced, Le Petit Futé gives you eight good reasons to visit this charming little department. N° 8 - We do the tour of the Nivernais toques To discover Nièvre, there is ...