Nancy, prefecture of Meurthe-et-Moselle, has 107,000 inhabitants, with a very large tourist and student population all year round. It was the political capital of the Duchy of Lorraine until it became part of the Kingdom of France in 1766. Stanislas Leszczyński, father-in-law of Louis XV and former king of Poland, was, from 1737 until that date, the last Duke of Lorraine and Bar. He marked Nancy with great achievements, including the square named after him, in the centre of today's city. Three major historical periods are visible when walking through the streets: the Middle Ages, with the old town (bounded by the Basilica of Saint-Epvre and the Craffe Gate, linked together by the Grande-Rue, where the church of the Cordeliers and the ducal palace are located), the 18th century, represented by the Place Stanislas, the Place de la Carrière and the Place d'Alliance (all listed as Unesco World Heritage Sites), and, finally, the 1900s, materialized by the houses and buildings of the École de Nancy, mainly on the side of the station and the Saint-Léon, Saurupt and Sainte-Marie districts (do not miss the villa Majorelle, at 1 rue Louis Majorelle). A tourist guide to Nancy will explain it to you, it is necessary to see in priority the place Stanislas and the old town. With a little more time, extend your visit to the cathedral, just 200 m from Stanislas Square.

What to visit Nancy?

When to go to Nancy?

When to go to Nancy? The city can be visited in any season, even if the summer season is much more pleasant. But even when the weather is not right, the architectural richness of Place Stanislas, the cultural, commercial and gastronomic richness of Nancy will revive your eyes and taste buds. In October, Nancy Jazz Pulsations will offer you an additional attraction. And from the end of November to the beginning of January, the Saint-Nicolas festivities bring the city to life with illuminations, a large parade, a brass band and various activities.

Nancy's climate is technically described as degraded oceanic or semi-continental. The continental climate is much more sensitive, bringing with it a rather large thermal amplitude, both on a daily basis and during the year. Precipitation is not abundant and the winds themselves do not find any notable regularity. The average winter temperature is around 2°C and in summer it is 20°C.

17th century sculpture from Lorraine on display at the Château de ...

Prepare for your trip Nancy 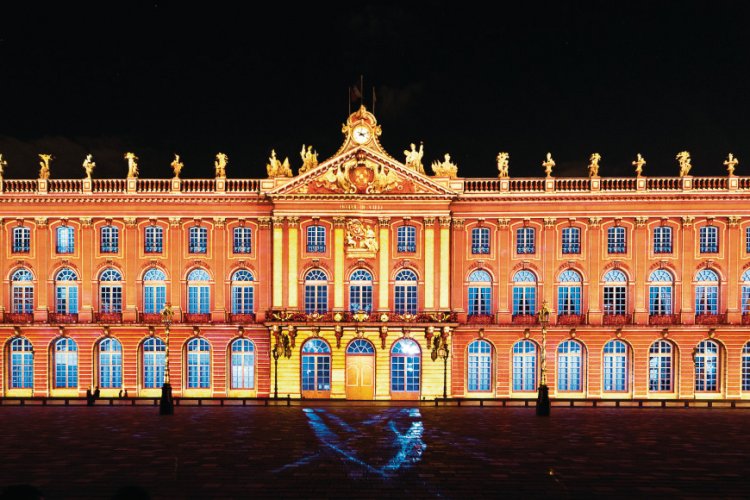 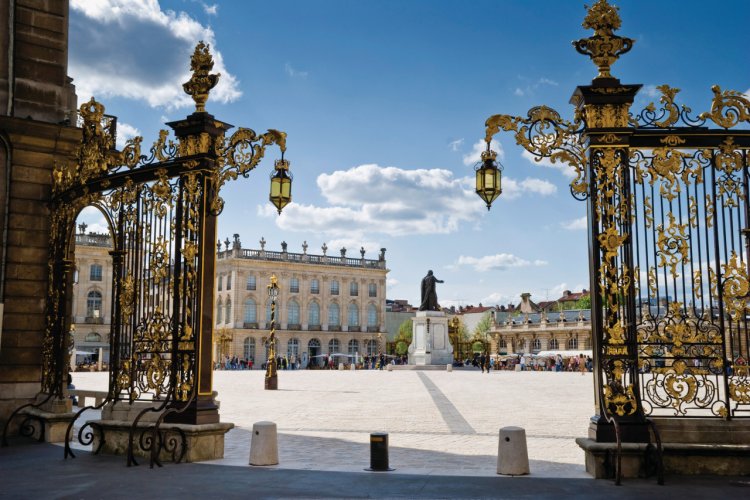 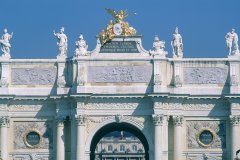 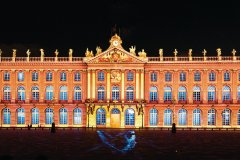 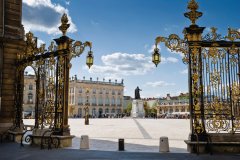 When to go to Nancy? The city can be visited in any season, even if the summer season is much more pleasant. But even...
Read more about it

Nancy's climate is technically described as degraded oceanic or semi-continental. The continental climate is much mor...
Read more about it

Nancy, prefecture of Meurthe-et-Moselle, was the political capital of the Duchy of Lorraine until its attachment to the Kingdom of France in 1766. Stanislas Leszczyński, father-in-law of Louis XV and former king of Poland, left his mark on Nancy through great achievements, including the square that bears his name, in the centre of the present-day city. Three major historical periods are visible as you walk through the streets: the Middle ...

To celebrate a season devoted to 18th century Lorraine sculpture in Meurthe-et-Moselle, the exhibition "La sculpture en son château. Variations on a major art form" highlights the importance of sculpture in the residences of the Dukes of Lorraine, in the apartments, but also in the gardens. A thousand and one statues will be returning to their native land for the duration of the event, as they illuminate the Louvre, Versailles and other ...

Nancyphonies, classical music in the spotlight in Nancy

In Nancy, the summer rhythms with classical music as the Nancyphonies festival is held, an unmissable highlight with numerous concerts in the agglomeration. They take place in the most beautiful halls, but also in more unexpected places. The program highlights internationally renowned musicians, but also young talents. Lovers of the piano, violin, cello, clarinet and double bass, don't hesitate for a second, it's in Meurthe-et-Moselle that ...

Where is the sea

How about a summer in Nancy?Guinguettes, Rendez-vous place Stanislas, concerts, farniente, cultural walks, exhibitions, swimming... but where is the sea? Whether you prefer to relax in a guinguette, cool off in the pools of the 2 banks beach, wander the streets in search of DNA works or vibrate with the many cultural, sporting and commercial events, there will be something for all tastes and all ages. Summer in Nancy is effervescent and ...