Built by monks in the 12th century, it was fortified - we can still see two of the four gates that allowed access to it - and became a stopover on the roads to Santiago de Compostela. Situated on the geological fault of Meyssac, Collonges-la-Rouge, the jewel of southern Corrèze, has the particularity of being built entirely of red sandstone. This sedimentary rock composed of agglomerated grains of sand, resulting from the degradation of the Massif Central more than 200 million years ago, takes its purple colour from the 2% iron oxide that is part of its composition. The contrast between the red buildings, the slate-grey roofs and the green of the chestnut trees or the surrounding vineyards, gives all its charm to this exceptional heritage. This city is a jewel of small medieval streets, Castels and fortified towers (25 in total!). Among the must-sees: the Maison de la Sirène, the Romanesque church and its tympanum, the covered market hall and its common oven, the Chapelle des Pénitents Noirs and its contemporary art stained glass windows. And no visible electric or telephone wires. A true return to the past!

Collonges-la-Rouge owes its label of "The Most Beautiful Villages in France" to its former mayor Charles Ceyrac (1965-1996) who created the association in 1982 to promote small rural villages and safeguard heritage. The first most beautiful village in France, Collonge has since been joined by 158 other villages.

The must-see places in Collonges-La-Rouge

Prepare for your trip Collonges-La-Rouge 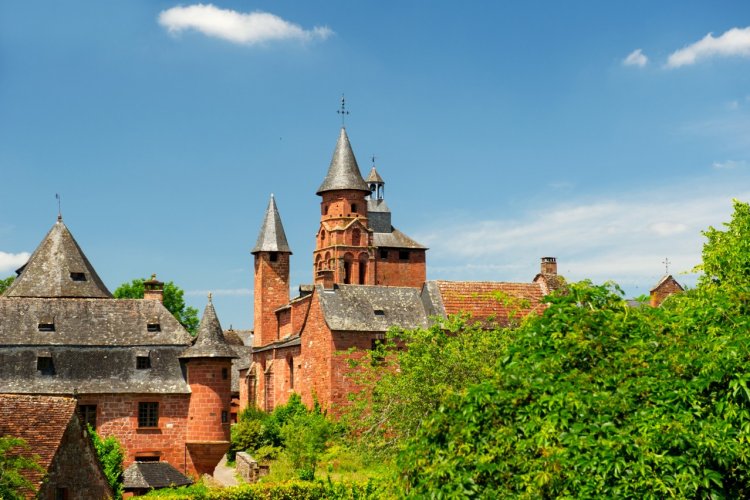 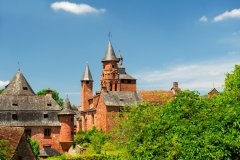