The Lot has its own Mont-Saint-Michel: Rocamadour, the second most visited tourist site in France behind its Norman counterpart. Arriving from the Couzou road, you will be struck by the audacity of the builders who constructed the town over the centuries. Rocamadour is built on top of a 150 to 350 meter high rock and dominates the Alzou valley. In its rocky setting, the city of white stones has its origins in the confines of history and legend. Historians have difficulty in finding the date of birth of this city. In the Paleolithic era, it was already home to the first men, as can be seen from the drawings on the walls of the Grotte des Merveilles. It was during the Middle Ages that Rocamadour really took shape. The 12th century marked a turning point in the life of the town. In 1166, the intact remains of Saint Amadour were discovered, who gave his name to the town. The first miracles are attested and the rock is dedicated to the Virgin. Here, she will be black! This is one of the treasures of Rocamadour: the small statue of the black Virgin whose origin remains a subject of controversy. The Marian city became a famous place of pilgrimage which saw the passage of anonymous but also famous pilgrims (Henry II of England, Simon de Montfort, Blanche de Castille and Louis IX of France, St. Dominic and St. Bernard, among other illustrious figures) who come to venerate the black Virgin and the tomb of St. Amadour. Even today, Rocamadour is the second Marian city in France after Lourdes. It attracts 1.5 million visitors each year.

The must-see places in Rocamadour

Grand Narbonne Tourism launched in early July an e-shop to book original walks and discoveries around the destination. Every day of the week, a ...

Prepare for your trip Rocamadour 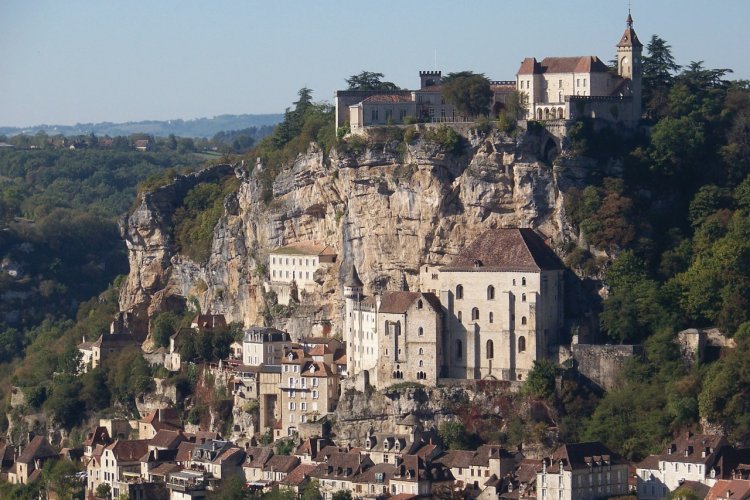 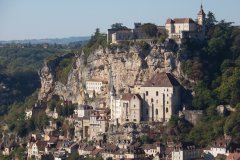 The cold has indeed arrived with its share of snow, hail and icy rain. But this bad weather does not stop travellers! On the contrary, some places are even more beautiful when you discover them in winter. For that, there is no need to travel for miles: France and its varied landscapes, from the mountains to the coastline and the vast plains, contain treasures. The mythical Alps and Pyrenees will attract skiers, while the Côte d'Azur will ...