The Last Frontier, wild and hostile, is what we call the ultimate territory seized during the great conquest of the West. A gigantic state in the United States from the Far North bordering the Arctic Ocean to the north and Pacific, Alaska is a land where nature reigns supreme. Those who live there consider themselves much more Alaskan than Americans: they have developed a way of life made up of multiple traditions to adapt to the climate, the certainty that after the harsh polar winters always follow a resplendent explosion of colours and life. The Alaskan tourist guide offers orientation trails in the heart of this pristine and majestic part of the world. Anchorage is to the south, from where roads lead to Valdez or to the Kenai Peninsula with its fishing ports, with the Alaska Peninsula and Katmai Park, the brown bear sanctuary, off the bay. In the centre, the 6,190 m of Mount Denali gushes out, watching Fairbanks and its trapper cabins. As you cross the Arctic Circle, you can see incredible Northern Lights and whales, seals and polar bears evolve. On Nome Beach, we think back to the first American tribes crossing the Bering Strait, then to the adventurous gold panners, while to the southeast, Orthodox sacred architecture takes us back to the distant Russian past. Finally, in Juneau, the sublime fjords lead the way to the heart of the Passage Intérieur.... Alaska is a treasure chest, whose nature has the keys.

What to visit Alaska?

When to go to Alaska?

When to go to Alaska? The few who are passionate about extreme conditions will certainly appreciate the winter season, when the snow spreads as far as the eye can see and in abundance on the Alaskan hills: it is the time to go skiing, skating on frozen lakes, snowshoeing or snowmobile and dog-sled racing. But also to observe the Northern Lights! With temperatures as low as -35°C in January in Fairbanks, the best time to travel to Alaska without having to face too difficult a climate is between late May and late September, with summer focusing on July and August alone. In this interval, the weather is relatively mild (between 10 and 20°C in July) although it should be noted that rain, snow and cold can always occur depending on where you are. Some places or activities are not accessible until the end of June due to the snow and ice still present. During the summer months, it is the opportunity to practice camping, hiking or water sports in total immersion in this wild and grandiose nature. Finally, before leaving to discover the "last frontier", it is important to take warm but light clothes with you, enough to overcome the rain and wind. So when to go to Alaska? During the high tourist season, from May to September, taking care to book your accommodation well in advance.

Two seasons alternate here: summer, which although short (July and August), offers Alaska pleasant temperatures around 20°C (with peaks at 30°C). In May and September, an average of 15°C prevails. Winter, on the other hand, provides Alaska with very harsh weather. It is sometimes dry and very cold (between -15°C and -35°C in January in Fairbanks), sometimes "relatively" mild and very snowy (between 0°C and -15°C in January in Skagway).

It is in American dollars (US$) that we pay in Alaska. And we pay dear, very dear. Any activity will cost you a lot of money. The same goes for accommodation and food: in a national park, a weekend in high season is as expensive as a weekend in a big city in Alaska. Hoteliers and restaurateurs benefit from strong demand and a captive clientele. The bursars will opt for inns, campsites and fast food

You need a biometric passport to travel to the United States, and therefore to Alaska. This passport allows you to benefit from the visa waiver program for stays of less than 90 days. To do this, you will need to complete the ESTA form online at https://esta.cbp.dhs.gov and pay the administrative fees. Be sure to fill in the form at least 72 hours before and only through the above-mentioned site. Many fraudulent sites offer you the possibility of taking charge of this administrative process at exorbitant costs. To enter Alaska, all you need is a valid biometric passport with an optical reader and a non-refundable round-trip ticket to the United States and no intention of extending your stay.

No special precautions to take: in Alaska and the United States, the mandatory vaccines are the same as in Europe or Canada and no one will ask you if you come from these countries. Almost everywhere in Alaska the water is drinkable. However, it may be advisable to alternate between tap water and bottled mineral water.

How to go to Alaska? Our advice & tips

Organizing a trip to Alaska is not an easy task, so using the services of specialized agencies can be a solution, which certainly has a cost (a trip to Alaska is expensive, and you will have to put your hand in your pocket to make sure you have unforgettable experiences!), but which will greatly facilitate your steps. Thematic tours vary enormously, and it is possible to concoct a tailor-made trip with the agency that suits you best.

The price of a flight from France ranges from €700 for the lowest prices to €2,000. In the summer, some airlines offer direct flights from Europe through the North Pole. Otherwise you will have to go through one or even two stops in another city in the United States. In terms of accommodation and activities, planning your trip well in advance will save you money. Campsites and inns being cheap options.

The Alaskan sky is one of the most frequented in the world, due to its vast territory. Many trips are made by bushplane, and even if the trips have a price, it will be easy for you to find places. On the sea side, the state company covers all possible connections, while a train (picturesque, but slow and expensive) connects Anchorage to Fairbanks (in the north) and the Kenai Peninsula (in the south). The car ensures greater freedom.

Prepare for your trip Alaska 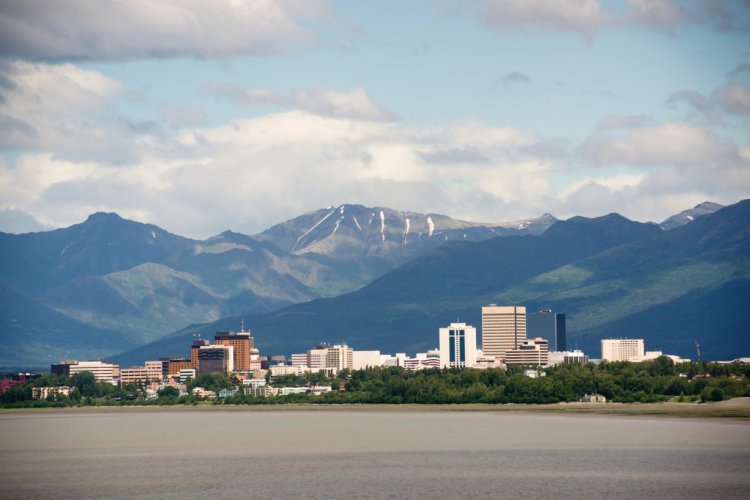 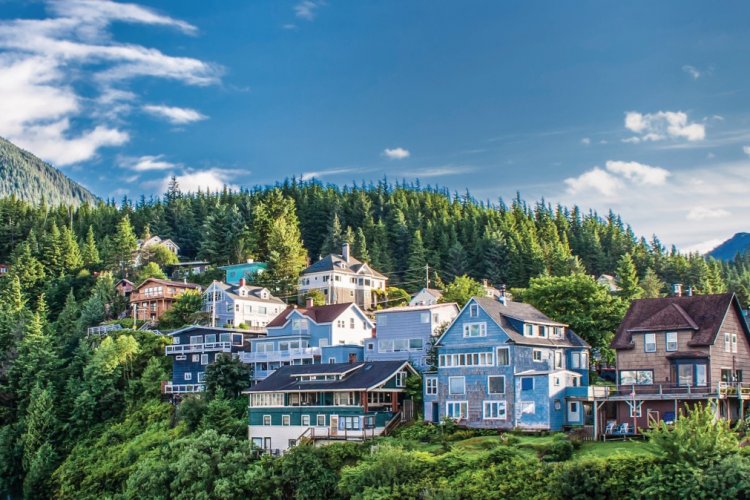 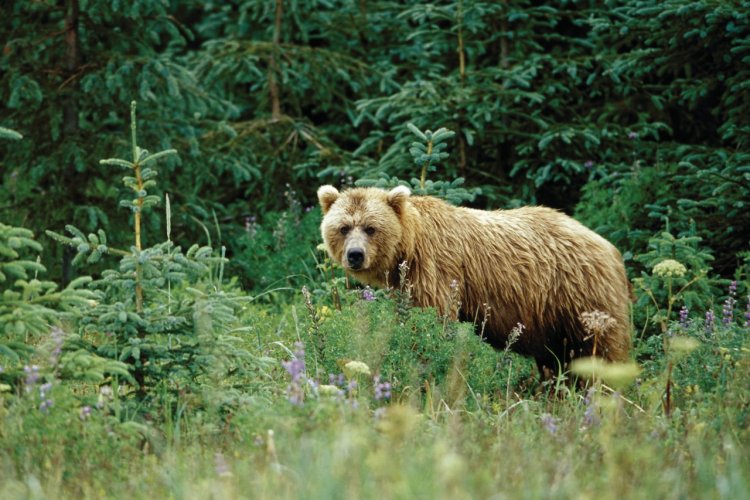 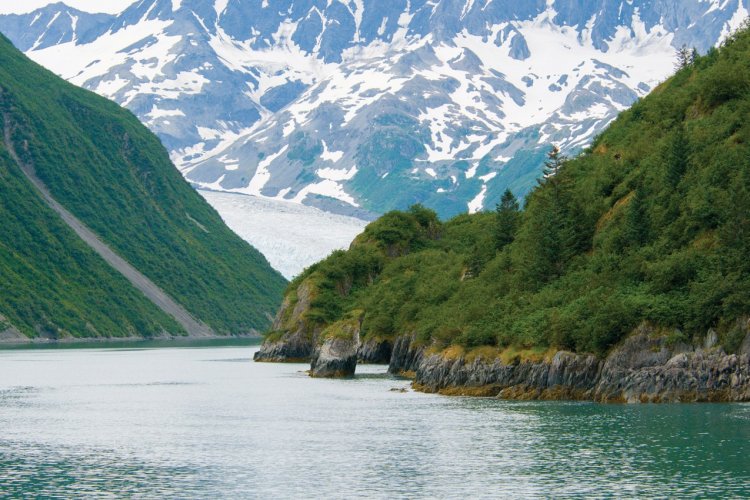 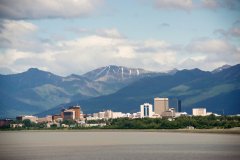 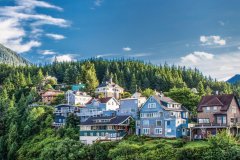 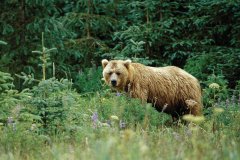 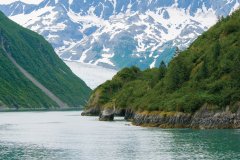 When to go to Alaska? The few who are passionate about extreme conditions will certainly appreciate the winter season...
Read more about it

It is in American dollars (US$) that we pay in Alaska. And we pay dear, very dear. Any activity will cost you a lot o...
Read more about it

You need a biometric passport to travel to the United States, and therefore to Alaska. This passport allows you to be...
Read more about it

No special precautions to take: in Alaska and the United States, the mandatory vaccines are the same as in Europe or...
Read more about it

The price of a flight from France ranges from €700 for the lowest prices to €2,000. In the summer, some airlines...
Read more about it

Organizing a trip to Alaska is not an easy task, so using the services of specialized agencies can be a solution, whi...
Read more about it

The Alaskan sky is one of the most frequented in the world, due to its vast territory. Many trips are made by bush...
Read more about it

While the health crisis is forcing many trips to be postponed, it is nevertheless not forbidden to think about, or even to start preparing for, future trips that will eventually arrive. And among the means of travel that appeal to a wide audience, there are cruises. Aboard a large liner, a traditional boat, or in a more intimate setting aboard a sailboat or catamaran, cruising allows you to conquer the oceans, the seas and the most beautiful ...

10 unusual anecdotes from all over the world

The anecdotes in this article will help you to arouse your curiosity! Because that is the purpose of the trip: to enrich your culture and discover new traditions, new stories to share on your return. Did you know, for example, that the Alaska flag was created by a child? There's plenty to shine in society! We don't tell you any more and let you discover our ten unusual anecdotes, from Iceland to New Zealand and Russia The killer mochisDo you ...

Alaska is the largest state in the United States. It is also a preserved wilderness region that attracts lovers of nature and magnificent spaces. From snow-covered mountains to vast icefields, crystal-clear lakes and green forests, the territory is well worth crossing through the cold to stroll and contemplate its fascinating landscapes. There's no doubt about it, you feel like you're at the end of the world in Alaska and these are the main ...