While most are now automated or inactive, lighthouses are historic monuments whose beauty continues to dazzle us. They fascinate by their mysterious side and their location, often isolated in front of the immensity of the sea and the ocean whose whims they are not afraid to face. Built to indicate to sailors the arrival of the coasts, it is also this reassuring aspect that appeals to the curious. Their architecture differs from one monument to another. Along the European coasts, Le Petit Futé takes you to discover the most beautiful lighthouses, from the Breton islands to the Cyclades, from the Atlantic to the Mediterranean.

First built in 1128, the Genoa lighthouse is a square-based tower, nicknamed the Lanterna. It was rebuilt in its present form in 1543 because it was repeatedly damaged by wars and lightning. It rises to 77 m and thus reaches a height above sea level of 117 m above sea level. Symbol of the city, the Lanterna dominates the port and offers a magnificent view of Genoa and its historic centre. At its feet there is also a multimedia museum, which offers the possibility of watching several films in which people from everyday life testify to the art, history and traditions of Genoa's life

On the Hook Head Peninsula stands the lighthouse of the same name, which is the oldest in Ireland and the oldest working lighthouse in Europe. Built nearly 800 years ago by the Normans and maintained at that time by monks who, throughout the year, lit warning lights to warn sailors of the arrival of the coast, it is one of the tourist attractions of south-east Ireland. It is possible to visit the interior of the lighthouse, with a breathtaking view of the sea from the top. Next to the lighthouse are the old keepers' houses, now converted into a museum.

This lighthouse is one of the highest in the world and one of the most remarkable in France. Built between 1897 and 1902 and located north-east of the Aber Wrac'h, it is classified as a historical monument since 2011. This imposing freestone building is accessible by boat and on foot at low tide during high tides. You will then have to climb almost 400 steps before reaching its summit, but it's worth it, as the view of the bluish reflections of the sea and the islets is simply magnificent! Those who wish to do so can also go to Île Vierge to see this unmissable monument in Finistère by renting a kayak

The former Lindau lighthouse, 37 m high, was built in the 13th century. It contributes to the charm of this island town on the shores of Lake Constance. Not far from the lighthouse stands the town's emblem, an imposing stone lion, symbol of Bavaria, which seems to fix the horizon. The lighthouse is sublime in its architecture and captivating in its location overlooking a peaceful lake surrounded by mountains. After strolling through the old town of Lindau and taking the time to contemplate the details of the monument outside, the unmissable activity is to climb to the top of the lighthouse to enjoy a sublime panorama

200 m from the coast of the island of Andros, in the Cyclades, stands on a rock the very picturesque lighthouse of Tourlitis, at the entrance of the port of La Chora. Built in 1897, then destroyed during the Second World War, the present lighthouse is in fact a replica of the original, built in the 1990s thanks to the donations of a rich family. It is the only lighthouse in Greece built on the open sea and also the first automated lighthouse in the country. It cannot be visited, but the simple fact of being able to observe it from afar leaves unforgettable memories, between the beauty of the monument and the reflections of the sea.

Near Bilbao, in the Spanish Basque Country, stands the white lighthouse of Gorliz, on Cape Billano, facing the sea and the island of the same name. Inaugurated in 1991, it was also one of the very last lighthouses built in Spain. It offers a beautiful view of the cliffs and the immensity of the sea from its 21 m high. Its architecture is rather atypical and its cladding is reminiscent of the traditional Basque villages on the coast. Among the details that catch the eye is the glass flashlight decorated with metal rods that give it a modern and rather avant-garde look

In France, Brittany is one of the regions of predilection to go to observe splendid lighthouses. On the Breton island of Ouessant, in the area known to sailors for its dangerousness, the Créac'h lighthouse, visible more than 60 km away, which guides boats into the English Channel, is the most powerful in Europe. It can be recognised by its white and black stripes and its 55-metre tower. If the lighthouse is inaccessible to the public, you can visit the museum of lighthouses and beacons located at its feet, where its old power station used to be. Note for the curious that Créac'h means promontory in Breton

Tower of Hercules, A Coruña, Spain

The Tower of Hercules is the emblem of A Coruña, in northwestern Spain. Classified as a UNESCO World Heritage Site, it is the only Roman lighthouse in the world still in operation. Although it was originally built in the 2nd century, it is actually enclosed in a shell dating from the 18th century. After climbing up its 12 floors, its panoramic balcony will offer you a sublime view of the city, the A Coruña coast and the ocean. A visit to the Tower of Hercules is a moment apart, an opportunity to go back in time and realise that the idea of a monument serving as a landmark on earth dates back to antiquity.

The Kullen lighthouse is located on a hilltop in southwest Sweden on the Kullaberg peninsula and in the heart of a nature reserve of the same name. It stands 88 m above the sea and was erected in 1900 to replace the 16th century lighthouse. It is one of the best known in the country. Before going to the lighthouse, it is recommended to hike through the nature reserve. There are various routes that take walkers to the edge of the cliffs and eventually reach the monument. Here you can marvel at the nature that surrounds the lighthouse, between rocks, greenery and the sea

The pretty lighthouse of Talacre Beach is located on the Point of Ayr, the northernmost point of Wales. Built in 1776 and inactive since 1883, it is however, according to some local legends, still inhabited! The lighthouse is indeed the subject of many rumours, and some say they have seen ghostly shadows there... It is therefore a place full of mystery that awaits visitors, who take pleasure in strolling on the sand and the surrounding dunes while observing it. Its appearance gives the impression of a completely abandoned monument, which inevitably adds to its charm and the desire to take multiple photos 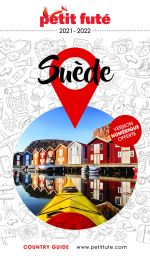 Beyond the Arctic Circle, Lapland is nestled in the northernmost part of Europe, between Finland, Sweden and Norway. ...

10 treks in Europe to do absolutely! Some of them really make you dream..

Intense and sporty, the trek is an activity that meets with great success among tourists from all over the world. From ...