15 villages to discover in the Dordogne

Périgord is an ancient French region which today corresponds to the Dordogne, in New Aquitaine. This department has four territories distinguished by colours: the purple Périgord for its wines, the white for its limestone plateaus, the green for its luxuriant nature and the black for its truffles and forests. From north to south, you can discover this changing landscape through its exceptional sites such as Lascaux IV and its cave paintings, but also in its many villages where the Périgord soul still reigns. Here is our selection of the fifteen most beautiful villages of the Périgord

Saint-Jean-de-Côle, in the heart of the Green Perigord

Situated on the Way of St. James, in the heart of the Green Perigord, Saint-Jean-de-Côle is one of the "most beautiful villages in France". The river of the village, the Côle, is spanned by a remarkable 15th century bridge. In addition to this bridge, the Château de la Marthonie is also worth a visit. Built in the 12th century, it was burnt down and rebuilt in the 15th century. Its machicolated towers and battlements face the main square of the village, forming a charming setting

Coly-Saint-Amand and its fortified church

Not far from the famous Lascaux cave, between Sarlat and Montignac, Coly-Saint-Amand is a charming village typical of the Black Perigord. In addition to its old houses and dovecotes, its 12th century abbey-church, considered to be one of the most beautiful fortified churches in the Périgord, is particularly noteworthy. Several themed trails (historical, nature and fun) allow visitors to discover the village

Saint-Léon-sur-Vézère, a journey through time

Between Leyzies and Montignac, this village is situated in a loop of the river Vézère. In the heart of the Black Perigord, Saint-Léon-sur-Vézère enjoys an interesting medieval heritage, including a 12th century church which is a small jewel. One should also not fail to admire the facade of its castle of Clérans, which however cannot be visited. Saint-Léon-sur-Vézère is also known for its natural leisure park, the Conquil, which allows you to travel through the ages, in particular to the land of the dinosaurs

Belvès , a village perched on seven bell towers, benefits from an exceptional panorama over the Nauze valley - Belvès means "beautiful view". A medieval town fortified in the 11th century, the heritage of this village is particularly interesting. One visits in particular its 12th century Auditor's Tower, its 14th century church but also and especially its troglodyte dwellings which were inhabited from the 13th to the 18th century. A stroll not to be missed!

Between Bergerac and Sarlat, the bastide of Monpazier is considered a model of its kind. A major national site, its regular orthogonal layout is more than 700 years old and has remained virtually intact since its foundation. As you stroll along, you will discover monuments worthy of interest such as the arcaded houses around the main square, the 16th century market hall with its old grain-filled measurements or the Gothic church with its 14th century facade

Between the valleys of the Dordogne and Vézère rivers, Limeuil is a model medieval town. Its narrow streets are accessed through one of the three access gates, still attached to the remains of its ramparts. The chapel Saint-Martin of the XIIth century is to be seen, in particular for its Romanesque architecture of a great sobriety. In summer, a walk along the port of the city is pleasant, including one of the proposed routes by canoe

In the Périgord Noir, not far from Sarlat, Beynac-et-Cazenac is classified among the "most beautiful villages in France". A city of character, it offers splendid views of the Dordogne, especially from its castle, which is certainly the highlight of the visit. To get there, you take a footpath from the village. Beynac-et-Cazenac bears witness to a thousand-year-old history, its medieval architecture is so well preserved that it was used as a set for many films

Domme, the bastide of the bold

Built in 1281 by Philip III the Bold, the bastide of Domme meets all the standards of the genre: from its regular plan to its square squares and its market hall, a visit to it takes us straight to the Middle Ages. It is also necessary to visit the undergrounds of Domme, its cave is a real jewel. It is very difficult to imagine what this village hides under your feet when you walk through its alleys: stalactites, stalagmites and other water mirrors, an underground world awaits you in Domme!

One thing is sure, you have to climb to visit Castelnaud-la-Chapelle! This terraced village climbs up the narrow streets to its castle which houses a museum of war in the Middle Ages. You also walk along old Périgord houses with slate roofs and discover the church of Saint-Michel-Archange. Another curiosity of the village, its walnut ecomuseum dedicated to the cultivation of the Perigord walnut

La Roque-Gageac, in the shade of old stones

Built on a cliffside, La Roque-Gageac is picturesque as one could wish for. The characteristic colours of its stones, ochre and Sienna earth, and its church with its slate roof give the architecture of this village a crazy charm. A visit to the tropical garden is a must. You will discover plants and flowers from all over the world (pomegranates, lemon trees, coconut palms...) while staying in the Black Perigord!

Passionate about caves and prehistoric sites, a visit to Les Eyzies is a must! This Dordogne village is home to a heritage of rare richness. In order to highlight it, you will find an important interpretation centre of Prehistory but also a national museum of Prehistory in the old castle. At the exit of the village, in the direction of Périgueux, you can also discover the excavation techniques of the archaeologists at theAbri Pataud, one of the largest prehistoric deposits in France. A busy day awaits you in Les Eyzies!

Between the banks of the Dordogne and the Cacrey stream, Creysse is situated at the top of a rocky spur which made it almost impregnable in the Middle Ages. Among its monuments of interest, one can particularly note its church of Saint-Germain with two apses, unique in France. In summer, a visit to Creysse is particularly pleasant for its pebble beaches and canoeing. There is also the experimental walnut station, dedicated to the Perigord walnut

Saint-Aulaye-Puymangou, in the land of cognac

This commune is the result of the regrouping of two villages: Saint-Aulaye and Puymangou. There are two museums of interest in Saint Aulaye-Puymangou, that of pastel and that of cognac and wine. A visit to the latter allows you to discover all the techniques of the distiller, the cellar master, the winemaker and the cooper. Remember that the village's terroir is classified as AOC Cognac. In addition to these two museums, the 12th century Sainte-Eulalie church is a remarkable building

Brantôme-en-Périgord is nicknamed the Venice of the Périgord, it owes this name to the fact that it is built on an island bordered by the Dronne. This atypical village is home to interesting medieval and Renaissance architecture and above all a Benedictine abbey founded by Charlemagne! The jewel of this edifice is the Last Judgement cave and its engravings in the rock. You also have to climb the 130 steps of its bell tower in order to have a beautiful view of the village

Built during the 11th century around a bastide, the village ofIssigeac has a long history as Gallo-Roman and Merovingian remains have been discovered in its basements! In the course of its narrow streets and half-timbered houses, however, it is the Middle Ages that set the tone. In the village, we will also stop in front of the house "des têtes" for its grotesque and grimacing sculptures, and in front of the church Saint-Félicien d'Issigeac, built in a late Gothic style

1 /
To be read next:
10 outdoor activities to do in Vars this summer
10 shark-infested beaches, be careful before soaking
Top 10 gardens to visit this summer in France
The 10 most beautiful villages of the PACA region
Motorcycle road trip in and around Perpignan
Motorcycle trip in the heart of the Champagne region
10 activities to keep your kids busy on vacation (guaranteed success!)
Enjoy Nice and its surroundings during a motorcycle road trip
Top 5 hidden corners of Bandol to discover on foot 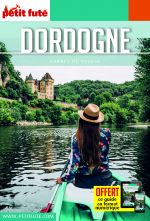 Because of its long history, France is full of medieval towns and villages that take us back to the Middle Ages. These ...

Among the original ways to discover landscapes, cities and heritage, there is the balloon flight. For the passengers, ...

The Périgord remains one of the favourite destinations of the French who find in this region a diversity of landscapes, ...