The Dordogne department is made up of 4 Périgords, each with its own colour and identity: Purple in the south reminiscent of Bergerac wines, White in the centre is a country of limestone plateaus, Green in the north with its rivers, Black with its forests and truffles. Cradle of prehistory, the department has major sites that can be found in all tourist guides: Les Eyzies known for its many caves and its National Museum of Prehistory, and especially Lascaux IV, an almost complete replica of the Lascaux cave with its magnificent rock paintings. It is also the country of a thousand and one castles. Many fortresses are perched on rocks like Beynac and Castelnaud, others dominate the countryside like Hautefort and its magnificent gardens or the Milandes, formerly owned by Josephine Baker. Brantôme-en-Périgord is nicknamed the "Green Venice of Périgord". Sarlat, the birthplace of La Boétie, is adorned with superb 15th-16th century mansions and Domme offers a breathtaking view of the Dordogne valley. Nature also has its place. Hiking is practiced over 200 km of GR, on the road to Santiago de Compostela or on footpaths open to mountain bikers. Thanks to its rivers and streams, the department is rich in nautical activities, particularly on the Vézère, Dordogne and Dronne rivers. Périgord is also a land of delicacies. Truffles, strawberries, ceps, walnuts, foie gras and Bergerac wines make it a mecca for gastronomy.

What to visit Dordogne?

When to go to Dordogne?

When to go to the Dordogne? The Dordogne remains an ideal family destination all year round, but the high season is summer because many sites, accommodation and restaurants close in winter, especially in the Périgord Noir. Spring and autumn are to be favoured, not only are there fewer people but accommodation prices are falling drastically. On the other hand, the Dordogne often enjoys mild weather during the off-seasons which are never very cold. In summer, the tourist manna is concentrated mainly in the Périgord Noir, which offers many activities: swimming, canoeing on very congested rivers, visits to the heritage and caves, hiking. There are many events and festivals. Not to be missed on the 1st weekend of July, the Félibrée. It is a great Occitan celebration organized each year in a different town. In Nontron, the knives are sharpened at the beginning of August with craftsmen and designers from all over France. At the end of July the International Mime Festival invades Périgueux while Sarlat welcomes more than 7,000 spectators each year at the end of July and beginning of August for the Sarlat Theatre Games Festival. At the end of July, Montignac is in the spotlight of international folklore with its festival Cultures au cœur. The concerts of the Festival du Périgord noir take place from July to October in Romanesque churches in different villages. Sportsmen can try their hand at the 3rd weekend in April at the 100 kilometres of Belvès. As for gourmands, they will enjoy the farmers' markets on summer evenings, the fat and truffle markets from October to March and the truffle festival in Sorges and Ligueux in January.

The Dordogne enjoys a temperate oceanic climate but is also subject to some continental influences. The weather is generally quite mild but there are temperature differences of 2° in high season and 10 to 15° in low season between Nontron in the north and Bergerac in the south. The same applies to the greater sunshine in Sarlat in the east than in Ribérac in the west. The wettest region is Nontron, which can experience snow episodes in winter.

Prepare for your trip Dordogne 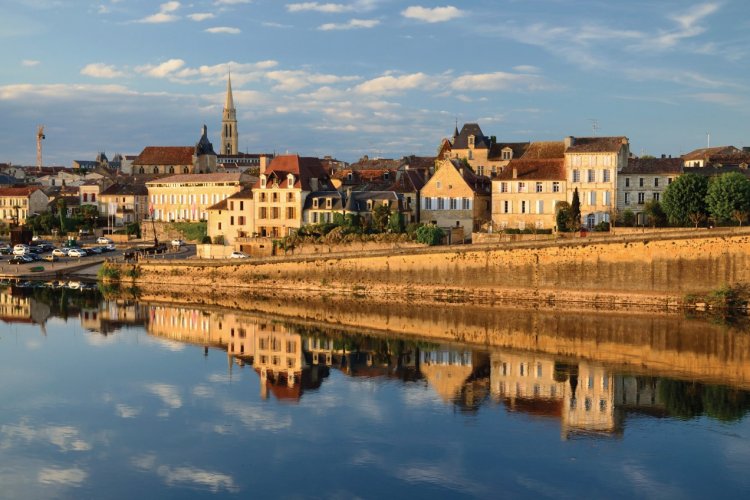 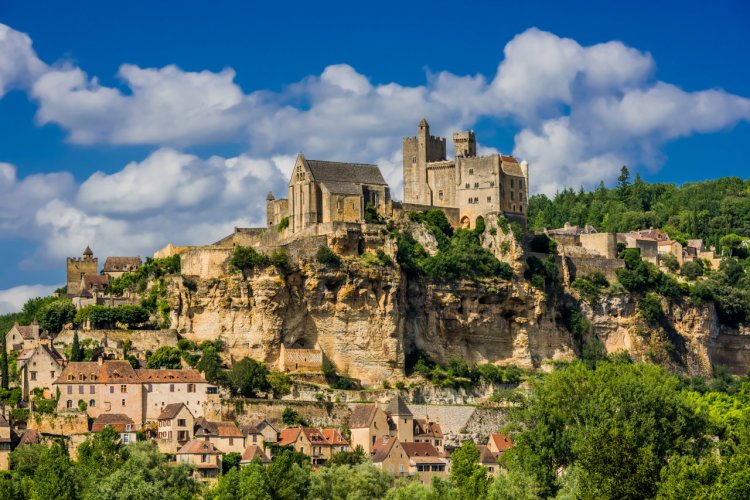 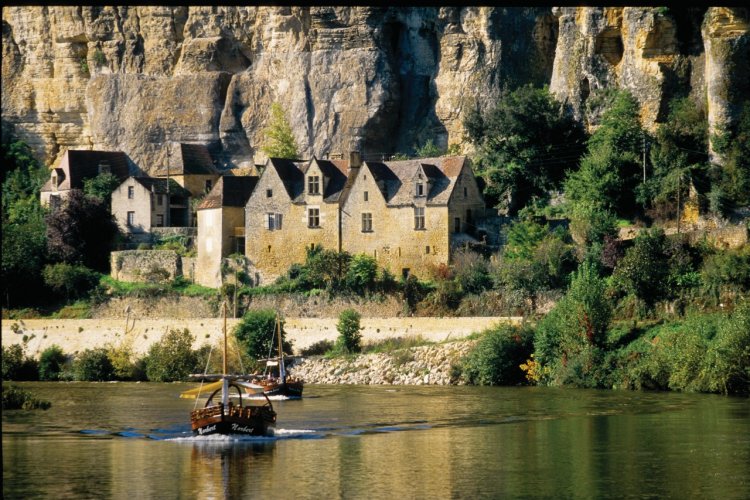 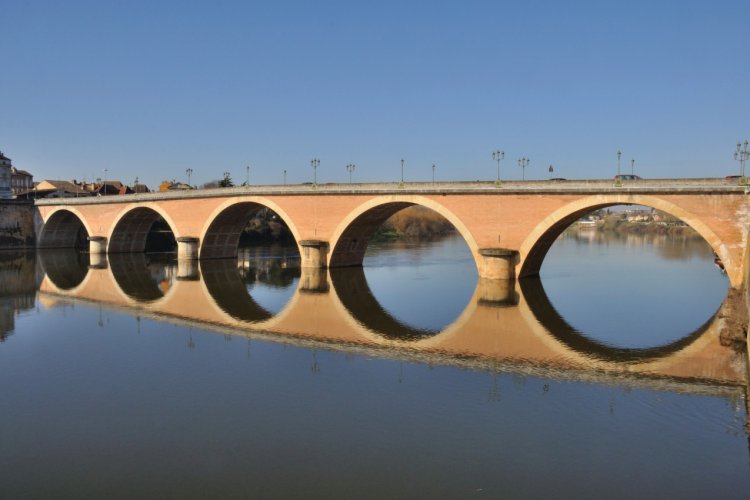 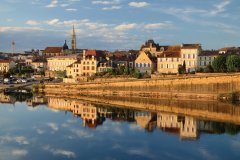 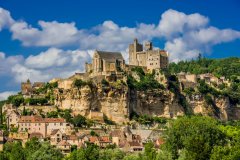 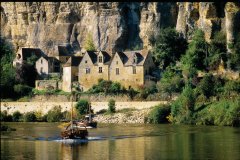 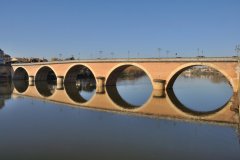 When to go to the Dordogne? The Read more about it

The Dordogne enjoys a temperate oceanic climate but is also subject to some continental influences. The weather is ge...
Read more about it

The Bambino, the new cabaret in Bergerac

A 300-seat theatre and music hall in the heart of the New Aquitaine region, the "Bambino de Bergerac" is the ideal place to spend magical evenings. The Bambino offers throughout the year various reviews and shows. The feathered Girls will amaze the faithful lovers of the revues! A varied program, surprises, professional artists for 2 hours of modern and dazzling show through a staging signed Cyril Laparre, artistic director with over 15 ...

Le REGOURDOU, a famous archaeological site in the Vézère Valley (Neanderthal man worshipped the bear there) will try to surprise you during the two weeks of the autumn school holidays (except Saturday 23 October). Every day from 11am to 5.15pm.You will be able to participate in the daily visits.During the day, you will hunt for clues and solve the riddles of this quest worthy of the greatest archaeologists!Young and old alike are eagerly ...

The restoration of this Périgourdin castle began 40 years ago. It has been rebuilt and refurnished over the years.40 years later, and perhaps for the last time, the owners will open its doors for the Heritage Days on September 18 and 19, 2021, from Saturday to Sunday from 10:00 am to 12:00 pm and from 2:00 pm to 6:00 pm.The visit will be paying (5€) guided by the owners' family.The place is singular, offbeat and has many particularities ...

Visit of the Chateau de Beauvais

Dominating a hill, the castle of Beauvais is bordered by 2 large round towers with round paths. This monument is listed in the supplementary inventory of historical monuments.Progressively restored, it conceals many anecdotes and surprises. Discover the 8 centuries of the property nestled in the heart of a vast hunting estate. The current owners will give you a warm welcome. They are descendants of the builders and successive owners. As part ...