Discovery Bade-Württemberg
The kingdom of spas

With its immense expanses of fir and beech trees, the Black Forest is the green lung of Germany. The Black Forest is famous for its clean air and hot mineral springs, and its 350 spas nestled in the valleys make it an ideal place for health and relaxation. They are linked by the Black Forest spa route, which winds 270 kilometres from the neighbouring town of Pforzheim in Karlsruhe. A must-see stop on this route is the small town of Baden-Baden, the undisputed star of the region's spas, with its twelve thermal springs, which have been appreciated by the Romans since ancient times. The warm waters gushing forth from a depth of 2,000 metres soothe joint pains and rheumatism as well as blood circulation problems, among other things. The Caracalla Spa, with its numerous pools and relaxation areas, is a large glass complex that is ideal for families, and the impressive neo-Renaissance Friedrichsbad building just 200 metres away.

Let yourself be surprised

... By a country of contrasts, as rich in tradition as it is eager for new things, with beautiful and lively cities, varied and original landscapes, comfortable and excellent value for money, with sea and mountains, capitalist and with an important communist heritage, with a classical culture and at the forefront in many fields of contemporary art ... By a people who have done a huge amount of work on themselves over the last 50 years, who have changed perhaps more than anyone else, eager to develop a new image of themselves, as we saw at the 2006 World Cup of Football . By a territory full of places to visit, exciting, vestiges, culture, lively and hospitable. At the bend of a small chapel nestled at the foot of a hill, the Belle Epoque or Baroque alleys of a small town little known to the great tourist, a small generous and delicious restaurant, Germany has always more charm, and reserves to the visitor a ribambelle of surprises.

Germany has developed an urban concept that is significantly different from that of its neighbours across the Rhine. Green and airy, the German city is a comfortable living environment, suitable for work as well as for rest and relaxation, with many public and green spaces, creative playgrounds that will fascinate young travellers, spacious and well-appointed buildings... Germans are investing in their cities to make them as pleasant as possible, and the conversion of former industrial areas into places of relaxation and culture is an operation that has been carried out for more than 20 years and has been perfectly successful. Highly autonomous and self-managed, German cities follow one another and do not resemble one another; they are even often obsessed with their own character! It is as much a goal of travel as it is to grasp the individuality of these cities, which are rich in tradition and always offer quality accommodation.

From Roman remains to contemporary architecture through Romanesque, Gothic, Renaissance and especially Baroque and Jugendstil (Art Nouveau), Germany is a country particularly rich in heritage. Castles, civil buildings, churches, monasteries, railway stations, commercial passages, monuments, the country is full of the remnants of its cultural and prosperous past. In spite of the severe losses suffered during the Second World War, the country has managed to rehabilitate (or even rebuild) a significant part of what was assiduously erected by centuries of aristocratic and bourgeois culture.

A green and developed country

The Black Forest is one of the jewels of Germany! 31% of Germany's territory is covered with forests! Germany is a green country in its natural areas, whether mountains, hills or plains, but also in its urban areas, where woods and parks are always in the limelight. Germans love comfortable and well-managed nature: the forests are not only well maintained, but also equipped with all the amenities that often have something to surprise, with plenty of benches and rubbish bins, of course, but also public maps, explanations of the ecosystem, etc. Not only is the greenery there, but it is easy to access, equipped for man, and often explained.

The must-see places in Bade-Württemberg

Prepare for your trip Bade-Württemberg 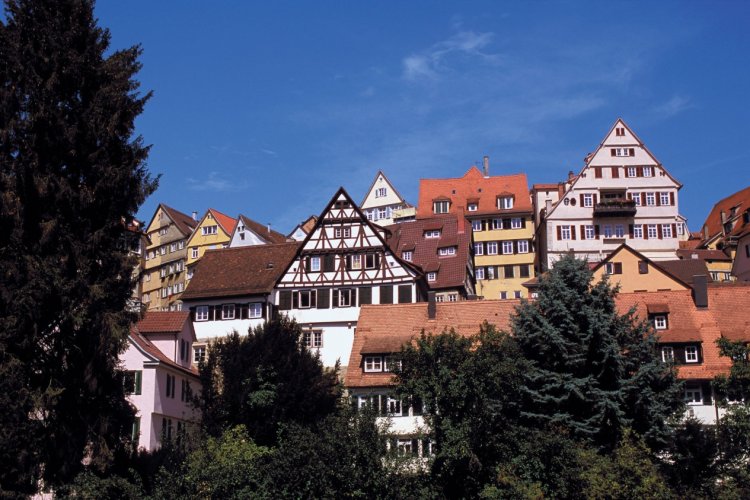 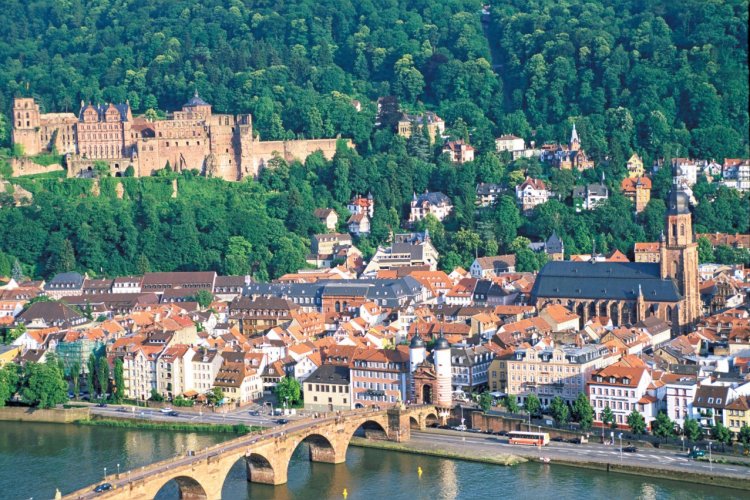 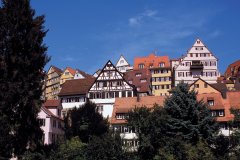 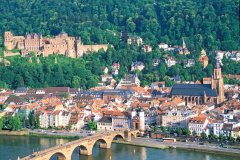 Baden-Baden: stopover in a charming German town in the heart of the Black Forest

Do you have a list of places and countries you would like to visit as soon as possible? Baden-Baden should not be missing here. Imagine a place located in the heart of nature and offering peace, relaxation and entertainment at the same time. This is exactly what Baden-Baden is: the international spa and cultural city is beautifully situated at the foot of the Black Forest and enchants its visitors with its Mediterranean ambience and the ...

Isn't the back-to-school period, like the period before Christmas, the perfect time to plan a little shopping trip? Imagine taking the road to one of Europe's most important outlet centres in Germany, with family or friends, and taking advantage of the opportunity to redo or embellish your wardrobe with great designers and essential brands, find decorative items that will enhance the interior of the house and then punctuate the day with a ...

In Germany, Europa Park will reopen at the end of May

Europa Park is a very popular amusement park in Germany that amuses young and old. While Europe is gradually losing its confidence, the federal government and local authorities of the state of Baden-Württemberg, on which the park depends, have announced that it will reopen at the end of May. From 18 May, restaurants and hotels will be open to the public. It will therefore be necessary to wait a good week for new visitors to enjoy the ...

Europa-Park is full of new products for the 2019 season

Europa-Park will reopen on April 6 for the summer season. One of the major events in 2019 is the reopening of the Scandinavian district with a new restaurant, a glacier and a department store. Among the new features, visitors will be able to discover at Le Dôme des Rêves the 360° adventure film "Mission Astronaute" , featuring Thomas Pesquet and Alexander Gerst on their journey to the international space station. The attractions "Jim ...