Finland.... Land of Santa Claus in Rovaniemi, Lapps, Northern Lights. Land with an inhospitable climate, immense forests of birches and conifers. How many images stick to the skin of this country of 5 million inhabitants, with a very low density. And yet, if it seems wild, Finland lets itself be tamed by anyone who really wants to discover it. Trapped between Norway, Sweden and Russia, it is neither Slavic nor Scandinavian, however: it is Finnish. And it is both one and several. From Helsinki, its capital, sometimes compared to St Petersburg for its neoclassical architecture, to the Nordic Lapland, tourists will discover many surprises. He will get to know its thousand lakes, including the famous Saimaa Lake, which gave him a nickname. He will see that beyond its mainland, it is also composed of 40,000 islands, including Turku, the former capital. The traveller will be blessed to witness the magic of the polar nights, the northern lights and the midnight sun. Finally, he will discover a country where nature is king, and dictates a large number of activities. And between a sleigh ride and a fishing trip, he will certainly be tempted by the sauna, a local specialty!

The must-see places in Finland

When to go to Finland?

In Finland, the tourist season varies greatly depending on the region. Throughout the South, the high season extends from early June to mid-August. In Lapland, it starts in February and lasts until the end of April, not to mention September and the end of the year celebrations. Of course, as everywhere else, prices are then multiplied by two or even three. Be careful, as the school year starts in mid-August in Finland, many schools are closed or slow down from the second half of August. From September, autumn, the ruska spreads its wonderful colours between red, yellow, copper and orange. This is probably the ideal time to hike. You will avoid the harshness of winter and still enjoy a landscape with sublime shades without being eaten by mosquitoes. The most romantic can indulge in the sweetness of canoeing. Winter marks the return of the cold. Between mid-December and mid-January, the kaamos, the polar night extends its hold over the region. Those who are most addicted to winter sports will nevertheless be able to enjoy a wide range of activities. Between March and May, observation of the boreal halos is also privileged. Depending on the region, find out about the dates of the midnight sun and polar nights, which are quite extraordinary for those who are not used to them

The Finnish climate changes slightly depending on the region. In the south, Finland's climate is of a Nordic type. In northern Finland, particularly in Lapland, the subarctic climate prevails. Winters are very cold (temperatures can drop to -40°C). If the north of the country is snow-covered every year, the south is less subject to it. In summer, temperatures can reach up to 30°C.

Unlike Sweden and Norway, Finland is part of the euro zone. Small precision, 1 and 2 euro cent coins are not used in Finland. Life in Finland is generally more expensive than in France. In the north of the country, prices are lower except for gasoline sold at truly prohibitive prices. However, there are a few tips to help reduce the budget. For accommodation, prefer for example cottage rentals to large hotels...

Finland is part of the Schengen Area. For EU nationals, a valid passport or national identity card is sufficient to enter the country. For a stay of more than three months, you must go to the local police office. If you want to come to Russia, a visa is required. It must be requested before departure from the Russian Embassy in Paris.

You run little risk when travelling to Finland. No vaccine is required. Just check that your vaccines (D.T.Polio...) are up to date. Tap water is drinkable a priori everywhere, and Helsinki prides itself on having the purest water in the world's capitals! Small worries: mosquitoes and aoûtats. The central and northern parts of the country are infested with mosquitoes in summer (June, July and August). Bring long-sleeved clothes, mosquito nets and products, so that you don't spend your stay slamming your thighs and cheeks... Not carrying a communicable disease in Finland, mosquitoes remain voracious. The aoûtats occur at the same time, you can be prescribed adapted creams before departure.

How to go to Finland? Our advice & tips

City weekends, sports trips, multi-activity trips in Lapland, cruises, autotours, summer hikes, snowshoeing, cross-country skiing trips, combined tours with other Scandinavian and Baltic countries: there are many possibilities to discover Finland. The specialists offer a wide range of offers: you will be spoilt for choice! The cost of stays remains quite high, in line with the cost of living in the Nordic countries

It is easy to go to Finland alone, as the country is well served by plane. Finland is a very safe country, where children and disabled travellers are more than welcome. The only potential danger is more due to the omnipresence of nature. Elementary caution when hiking in desert areas. Notify the information points of your visit by signing the tourist registers. However, it is necessary to be well informed about weather risks.

The airline Finnair serves all 24 airports in the country. The bus and train network is dense. Boat connections also exist. Finally, driving is a real pleasure in Finland: good citizenship and zero tolerance for alcohol are the order of the day. Beware of snow-covered roads! In the city, there are no problems to get around: public transport and taxis are very common. And you will soon realize the omnipresence of the bicycle in Finnish life!

Prepare for your trip Finland 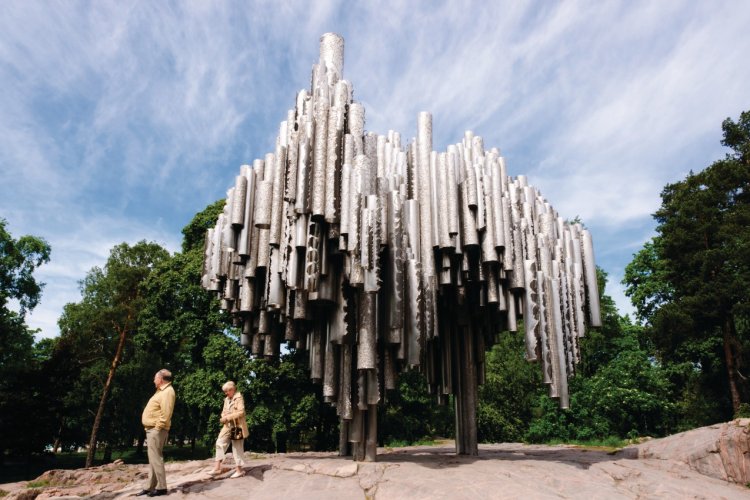 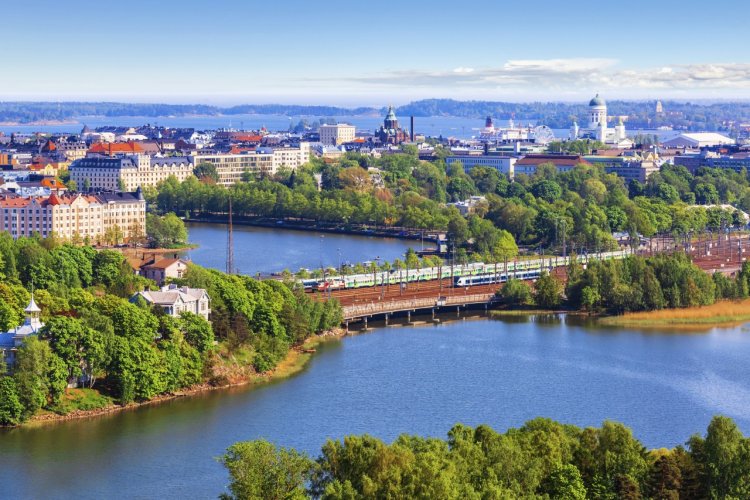 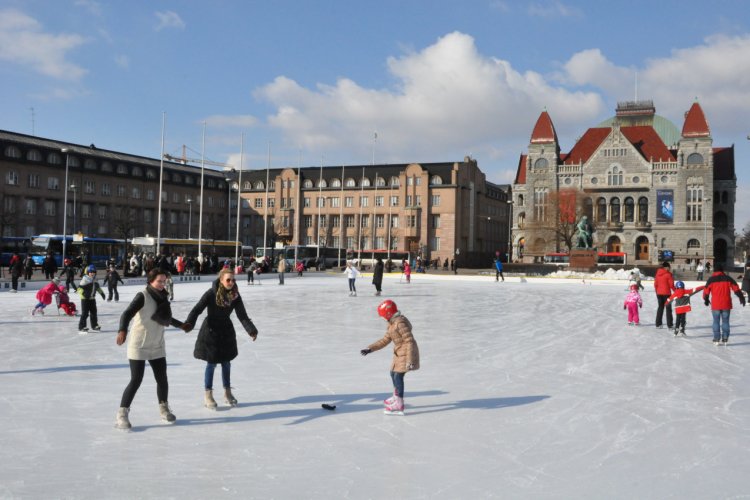 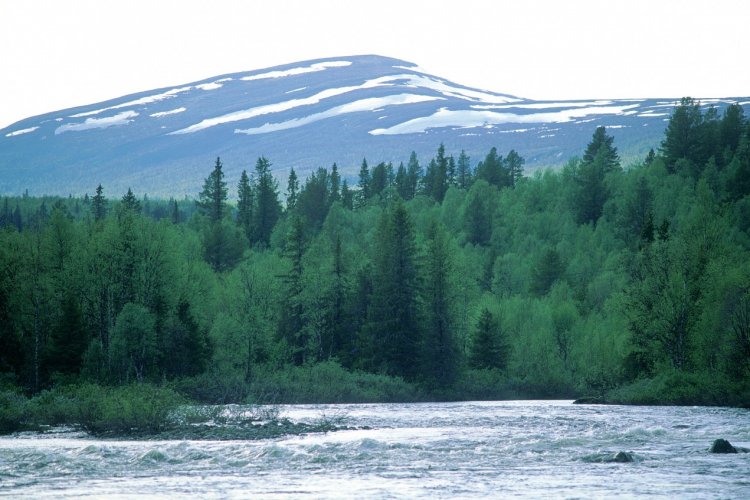 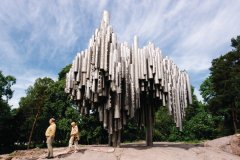 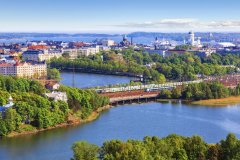 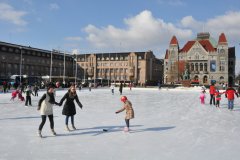 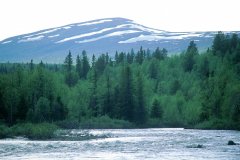 In Finland, the tourist season varies greatly depending on the region. Throughout the South, the high season extends...
Read more about it

The Finnish climate changes slightly depending on the region. In the south, Finland's climate is of a Nordic type. In...
Read more about it

Unlike Sweden and Norway, Finland is part of the euro zone. Small precision, 1 and 2 euro cent coins are not used in...
Read more about it

Finland is part of the Schengen Area. For EU nationals, a valid passport or national identity card is sufficient to e...
Read more about it

You run little risk when travelling to Finland. No vaccine is required. Just check that your vaccines (D.T.Polio...)...
Read more about it

It is easy to go to Finland alone, as the country is well served by plane. Finland is a very safe country, where chil...
Read more about it

The airline Finnair serves all 24 airports in the country. The bus and train network is dense. Boat connections also...
Read more about it

With nearly 200 K of followers, Meryl Denis has been a travel instagrammer for more than 5 years. In this interview, she tells us how she embarked on this adventure while sharing with us her travel favorites and her projects as she waits for a happy event. When did you decide to highlight your travels on your instagram account? Meryl Denis: "It was done little by little as my personal life evolved. I started my instagram when I was a student ...

Beyond the Arctic Circle, Lapland is nestled in the northernmost part of Europe, between Finland, Sweden and Norway. Travelling to these lands means discovering a harsh climate, unique landscapes and activities that only exist there. With hundreds of kilometres of pristine wilderness, this is a region with more reindeer than people. Here, the adventurer in all of us wakes up and the Northern Lights enter scène ! Lapland, a mythical ...

Finland relaxes the conditions for entry into its territory before winter

With the arrival of colder days, Finland is one of the favourite destinations for travellers who come to contemplate its marvellous landscapes and enjoy a wide range of activities. The COVID-19 pandemic has led Finland to limit leisure travel within its borders, but the good news is that as of September 19, Finland will once again welcome travellers from countries with infection rates below 25 cases per 100,000 inhabitants without the need ...