Temporary exhibition The Assault from the Air

From April 21, the Airborne Museum will open its new temporary exhibition "The Assault from the Air" to the public.

Using a plethora of artifacts and uniforms, and framed by never-before-seen eyewitness accounts, the exhibition traces the history of paratroopers in the various armies involved in World War II.

Three major axes of reflection will be developed, namely:

The answers will sometimes vary drastically depending on the country. On the side of the Allied forces, the program will focus on Poland, Canada and the USSR, but also on France, whether it was under Vichy or occupied. The Axis forces will also be addressed, in order to allow a better understanding of the differences, notably in equipment and organization, between the two camps. The rich collection presented, assembled for the first time, comes mainly from private sources. It includes extremely rare items, such as the equipment of a British veteran of the Bruneval raid, a little-known event of 1942. The exhibition also includes the poignant testimony of a former SAS of the Free French. All these memories will allow us to give an account of and pay tribute to the history of these elite troops who played a key role in the conflict.
Website : http://www.airborne-museum.org
E-mail : [email protected]
Telephone : 02.33.41.41.35 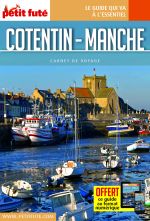