Entering Sin City, the city of sin, and walking the Strip is also a risk of putting your soul to the devil. In Las Vegas, casinos have replaced banks, and poker chips are the main currency of exchange. The world's greatest hotels coexist here, each with a different theme. In the huge air-conditioned rooms, we sit down around a green carpet and let the dealer's hand decide his fate... Because Las Vegas is also the city of all possibilities: you can get plucked in a spin at Caesars Palace, or you can raise a mountain of dollars on a simple bluff. For those who know how to linger, life in Las Vegas doesn't stop at gambling: it continues on a roller coaster that crosses a hotel lobby in a few loops, on the benches of a small white chapel that marries couples in a quarter of an hour, in the darkness of a concert hall where magicians, showgirls or acrobats perform.... or even by a road trip from a few hours to a few days in the superb landscapes of the surrounding national parks, such as in the Death Valley for example. If the city can surprise, amuse, disconcert, provoke the most vivid repulsions as well as the strongest addictions, it nevertheless remains an essential stage of the American West and perfectly expresses the ideal of the American dream. A trip to discover by following the advice of a tour guide on Las Vegas.

What to visit Las Vegas?

When to go to Las Vegas?

Depending on the events you wish to see, the period of your stay may vary. Here are some tips on when to go to Las Vegas. Las Vegas organizes "special" events all year round (not to mention a multitude of congresses and conventions). Two of them attract a significant number of visitors each year: the World Series of Poker Tour (WSOP), which makes the city a promised land for seasoned players (between May and July with a final in November), and the Wrangler National Finals Rodeo (NFR), the national rodeo finals (about ten days in December).

High season. The weeks of tourist excitement are those of July-August, despite the desert climate of the city and its very high temperatures, and late December, during the holidays. The period of March 15 and May 15 is quite coveted by young Americans who travel to Las Vegas for spring break. In addition, there are some public holidays, such as Thanksgiving (4th Thursday in November) or important events. This is the case for the World Series of Poker (June-July) or the annual rodeo championship (December). Do not forget to hold many conventions during the year that attract a large number of visitors and lead to the disappearance of many hotel promotions.

Low season. If you want to avoid the crowds in Las Vegas and enjoy the great national parks without the extreme cold, prefer the May-June and September-October periods.

With a very low precipitation rate (109 mm per year), Las Vegas' climate is arid. The hottest period is from May to September with temperatures above 40°C in July-August. While it is also very hot in the summer in the large neighbouring parks, it can be very cold in the winter. Snow is not excluded even around Las Vegas, where Mount Charleston reaches a height of more than 3,000 metres

Prices rise during conventions and school holidays. Always think of taxes and tips (15 to 20%) in addition to the advertised prices. The cost of living in Las Vegas, especially on the Strip, is higher than in the rest of the country, even if many things are done to keep the potential player there as long as possible (free offers in casinos, various coupons...)

To enter Las Vegas, as in all the United States, you must have a valid biometric or electronic passport. The ESTA (Electronic System for Travel Authorization) is mandatory in addition to the passport for any passenger of French nationality or of a country adhering to the Visa Waiver program, travelling to the USA for tourism and for less than 90 days. The ESTA is to be filled in on the website https://esta.cbp.dhs.gov/esta, and is accompanied by a fee of US$ 14 to be paid online (flat rate). The application must be made at least 72 hours before departure. For stays longer than 90 days, the visitor must be in possession of a visa. For more information on the type of visa to apply for and the procedures to follow, consult the website of the U.S. Embassy in France.

While the risk of illness is fairly reduced during a stay in the United States, medical care is extremely expensive. Las Vegas' medical infrastructure is, however, excellent, as in the rest of the country. No special precautions to take for a stay in Las Vegas: the mandatory vaccines are the same as in Europe. On the spot, beware of the desert heat and the cold of the mountains: glasses, hat and water to avoid sunstroke and dehydration are recommended.

How to go to Las Vegas? Our advice & tips

Tour operators organize many trips to Las Vegas. The discovery of the city is generally coupled with the discovery of one or more large parks, such as the Valley of Death or the Yosemite. In many cases, you will also find this type of trip included in "Western American" trips, which go as far as the Grand Canyon or the Californian coast. It is interesting to choose an organized trip if you want to avoid driving, as the distances are long.

If you only stay in Las Vegas, you can easily travel by foot, bus or taxi. On the other hand, as soon as you leave the city you will need a car - you are in the middle of the desert! If you are not afraid to drive on long journeys, it will be easy for you to enjoy an individual trip in this region with its numerous tourist infrastructures.

You will have understood it, with its location in the middle of the desert, the car remains the queen in the region! Americans who come to Las Vegas for the weekend usually arrive by plane and travel by foot or taxi along the Strip. If you discover the city during a road trip, you will be transported anyway and it is quite easy to park

Prepare for your trip Las Vegas

Los Angeles and Las Vegas in one week 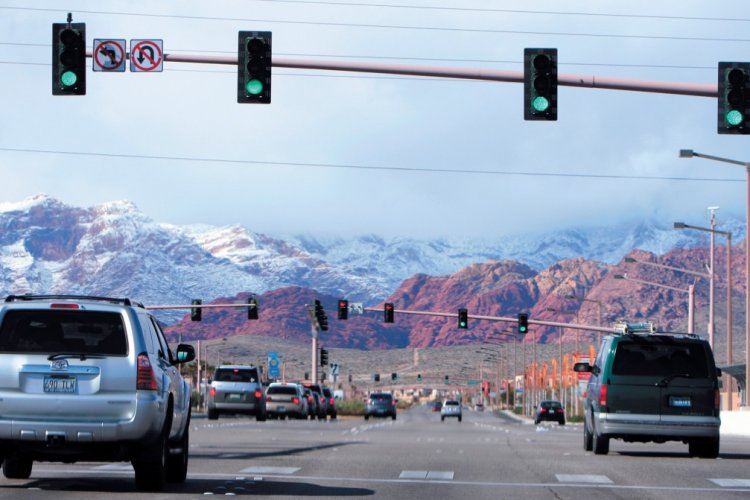 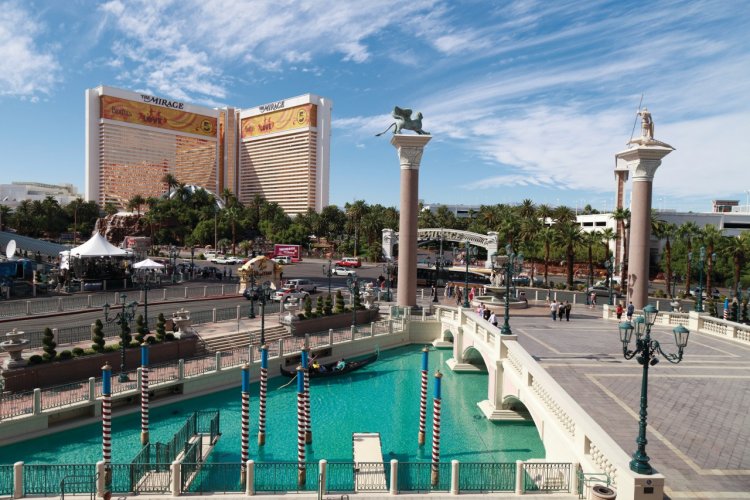 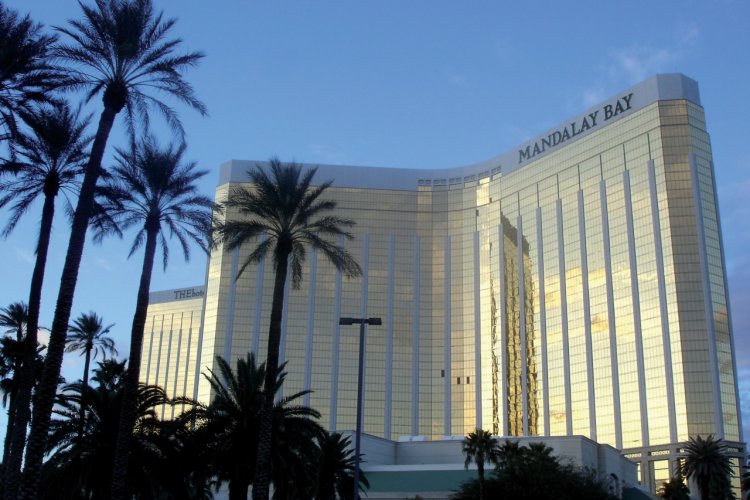 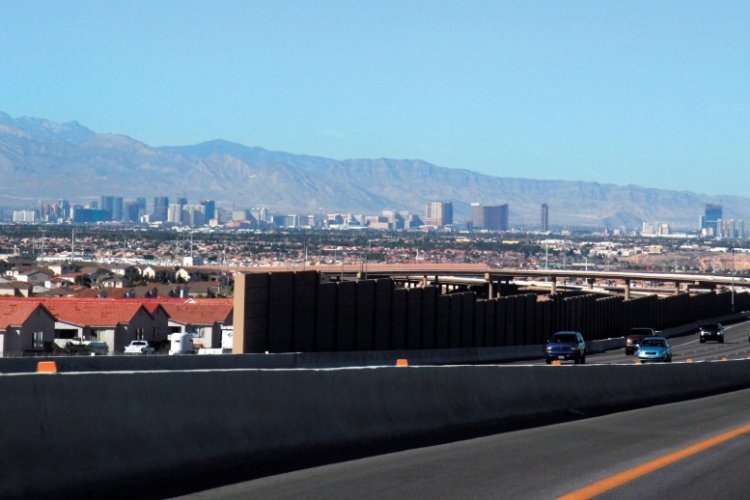 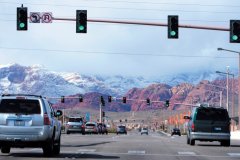 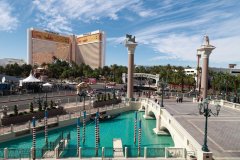 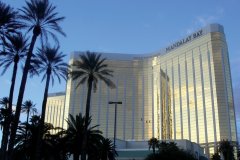 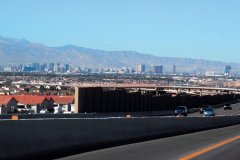 Depending on the events you wish to see, the period of your stay may vary. Here are some tips on when to go to Las Ve...
Read more about it

With a very low precipitation rate (109 mm per year), Las Vegas' climate is arid. The hottest period is from May to S...
Read more about it

Prices rise during conventions and school holidays. Always think of taxes and tips (15 to 20%) in addition to the adv...
Read more about it

To enter Las Vegas, as in all the United States, you must have a valid biometric or electronic passport. The ESTA (El...
Read more about it

While the risk of illness is fairly reduced during a stay in the United States, medical care is extremely expensive....
Read more about it

If you only stay in Las Vegas, you can easily travel by foot, bus or taxi. On the other hand, as soon as you leave th...
Read more about it

Tour operators organize many trips to Las Vegas. The discovery of the city is generally coupled with the discovery of...
Read more about it

You will have understood it, with its location in the middle of the desert, the car remains the queen in the region!...
Read more about it

There are a few destinations in Europe and around the world where you can sleep in luxury hotels for cheap. Enjoy a pleasant, comfortable, well-decorated room equipped with everything you may need, and then feel that the staff is looking after you so that you don't lack anything. There are also the facilities that contribute to making a stay a top-of-the-range moment, such as the swimming pool, the wellness area with massages or the presence ...

Fly to Las Vegas, a unique city in the world

Las Vegas is worth a visit at least once in your life. A symbol of excess, the one also known as Sin City is located in an exceptional location in the middle of the desert. Whatever we're looking for, we're almost certain to find it in Las Vegas. Between its original hotels, casinos, restaurants, shops, shows and lively nightlife, it is easy to understand why the city attracts nearly 40 million tourists from all over the world every year. ...

A festive Christmas in Las Vegas

At Christmas, cities light up their streets and official buildings to transport people to another world. If there is one city that stands out in this field, it is Las Vegas. If we tend to think that it is useless to wait until the end of the year to see the capital of the game shine with a thousand lights, we must wait to see how far Sin City is able to go. Because for Americans, nothing is too big, nothing is too beautiful. A city of ...