Gothenburg is located on the west coast of Sweden. It is the second largest city in the country and the largest port in Scandinavia. It enjoys a very good reputation throughout the world for its ease of movement and access to its various districts, but also for its dynamism. The city indeed welcomes around 60 000 students. The city is a city of water, crossed by canals and it gives access to a sumptuous and peaceful archipelago off its coast. Strolling through its various districts, culture with the presence of museums and top-of-the-range gastronomy, Gothenburg is a Scandinavian destination not to be missed, for a weekend or an extended holiday. 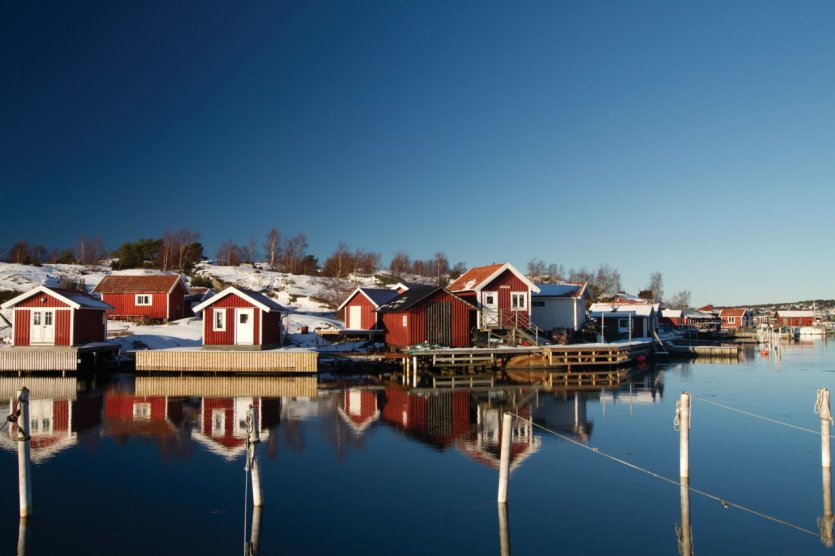 Contemplating the works of the Museum of Fine Arts

The Göteborg Museum of Fine Arts, located in Götaplatsen Square, is a place not to be missed under any circumstances for art lovers. It houses a large collection of Scandinavian art from the 19th and 20th centuries. But it is also possible to admire Spanish and Italian art from the 16th to 18th centuries, Flemish and Dutch art from the 17th century and French works from the 19th and 20th centuries. If you keep your eyes open, you'll have the pleasure of coming across paintings by renowned artists such as Ruben and Picasso, and you shouldn't miss the colourists from Gothenburg who were at work in the 1920s and 1930s. 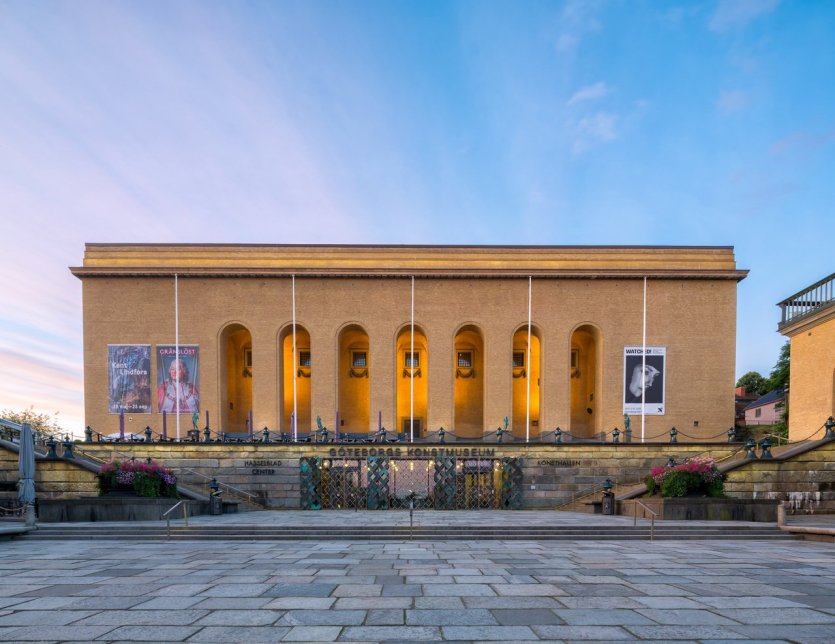 Visiting a few churches is often a must on a trip to the most beautiful cities in the world. The Masthugg Church was built in 1914 and is situated on a hill not far from the centre of Gothenburg. Its architecture is by Sigrid Ericsson. It is in the National Romantic style and has a massive tower with a top height of 60 m and, once inside, you can be surprised by a roof structure reminiscent of the hull of an overturned viking ship. The other interest in joining the cult monument is to enjoy a superb panorama of the surroundings. 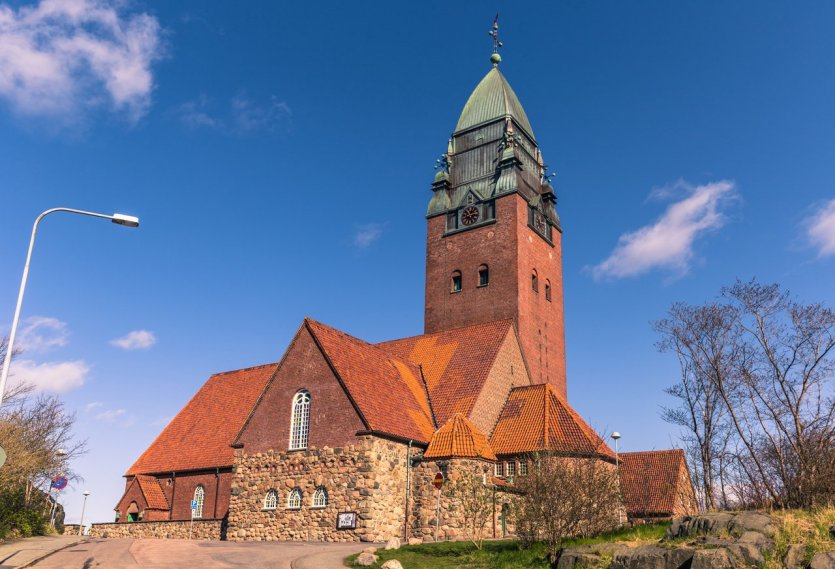 Some cities in the world have preserved ancestral tramway trains, with a crazy charm, and this is the case of Gothenburg, which proposes to settle in a vintage tramway from the station and with the Liseberg Park as final destination. Its blue colour is not to be missed, as well as its incredible design. It dates back to 1902 to be precise and once you've crossed the city, it's time to get off to reach the unmissable Liseberg Park, a place where you can enjoy the gardens and the many attractions that promise great family moments. 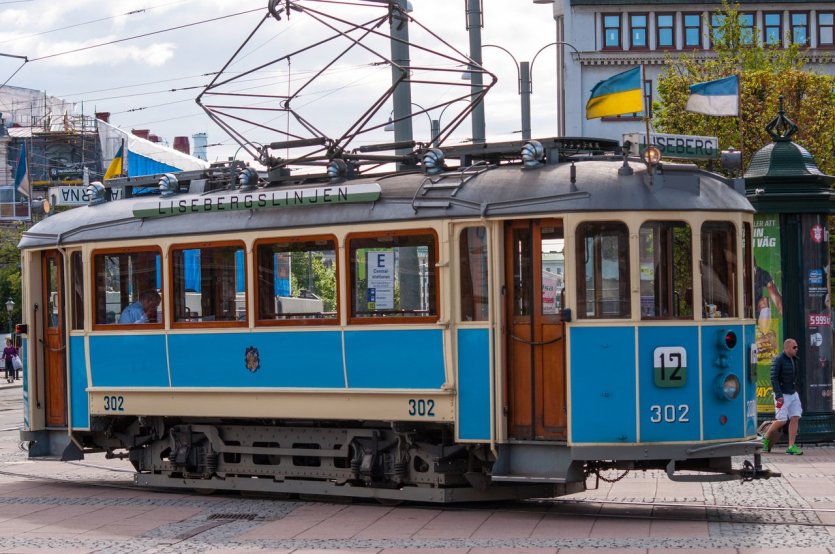 A stroll in Kronhuskvarteret (district of the Crown House)

One of Gothenburg's must-sees is to go for a walk around the Crown House district. This is where you can see the city's oldest monument, Kronhuset (the Crown House), which dates back to 1654. The building, made of red bricks and with a green roof, was originally used to store military equipment, but it was rehabilitated in the 1950s and now serves as a concert hall for the city orchestra. After visiting the monument, it is pleasant to contemplate the houses in the square, which date from the 18th century, and then to greet the craftsmen at work, potters, glassmakers and other watchmakers. Before leaving, you should finally take the time to visit the chocolate makers to buy some sweets, and then settle down in one of the charming cafés to enjoy them over a drink. 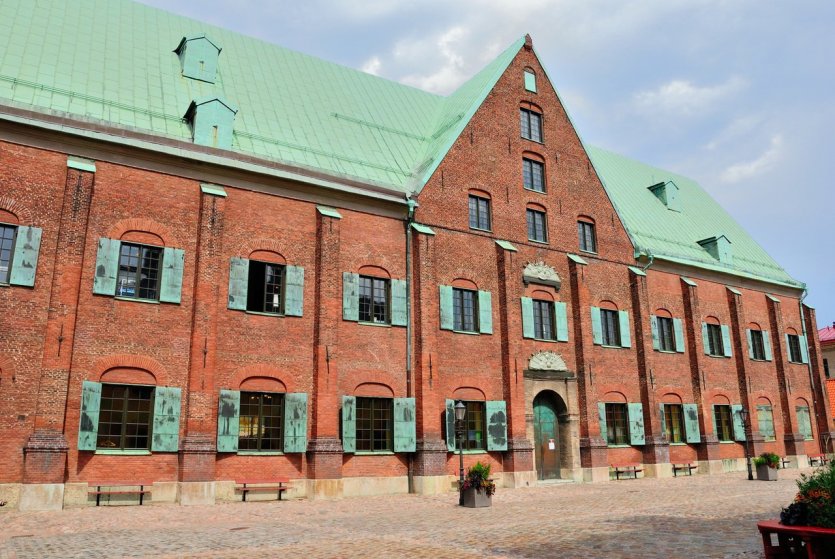 A trip to the Universeum

The Universeum is Scandinavia's largest centre for science. It offers a captivating experience for audiences of all ages. As an interactive museum, the visit is fun and educational. It features the Rainforest, an exotic jungle of plants, animals and the world-famous waterfall. Then change of scenery with the World of the Ocean aquariums, among the largest in Europe and home to more than 30,000 species of fish. Finally, we head off into space to put ourselves in the shoes of an astronaut and discover the world from up there 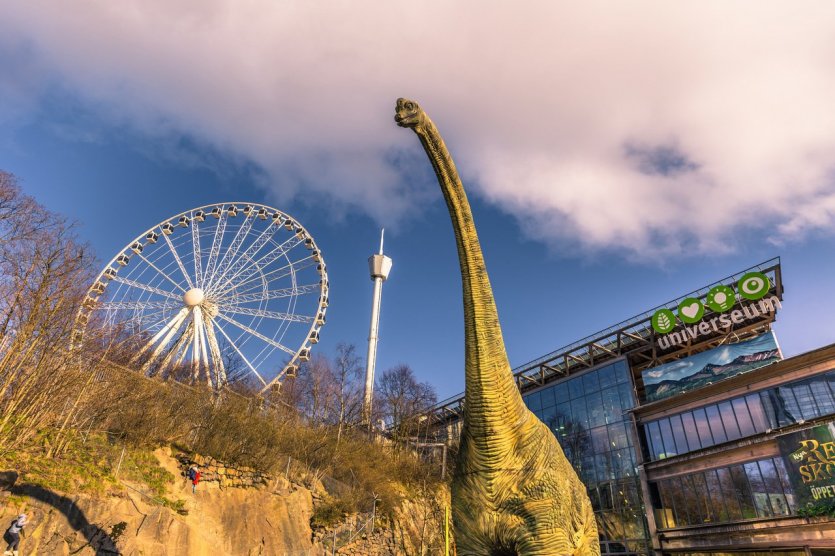 Visit the Röhsska Museum of Design, Fashion and Decorative Arts

Sweden's interest in design and the arts is well established and the city is full of small craft shops, each more attractive than the next. The Röhsska Museum (Röhsska museet) offers a tour of Swedish and European crafts, with a multitude of Swedish, Nordic and European design objects. But Asian fabrics, especially from China and Japan, can also be seen. And don't miss out on the café, which before leaving the premises, offers a nice gourmet break in a setting that is just as charming as the rest of the museum. 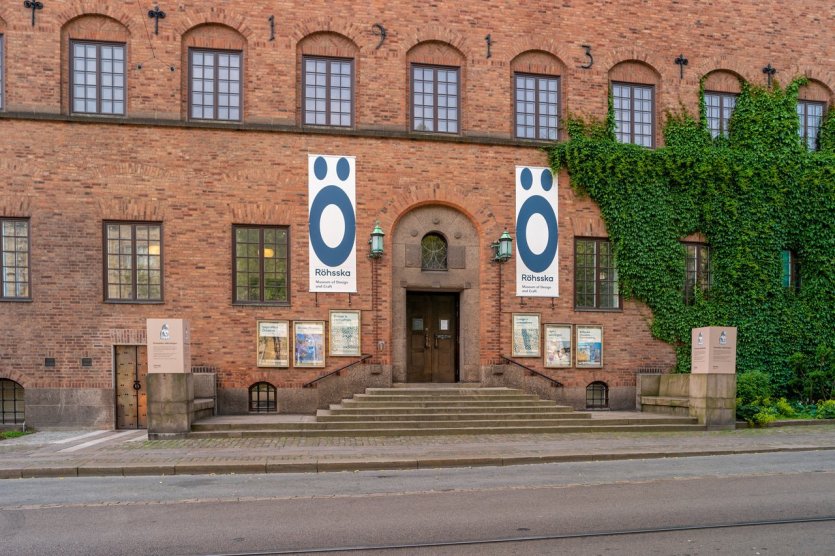 This is one of the most dynamic areas of the Swedish city. It is first of all the oldest and if at the time there were wooden buildings with a dilapidated look, its image was transformed in the 1970s and 1980s, when many buildings were destroyed to make way for new constructions. Today, Haga is a very popular and trendy neighbourhood, for its cobbled streets that reveal vintage and original shops, but also for its dynamism during the day as well as in the evening. There are many cafés where afterworks, which are very popular in Sweden, take place 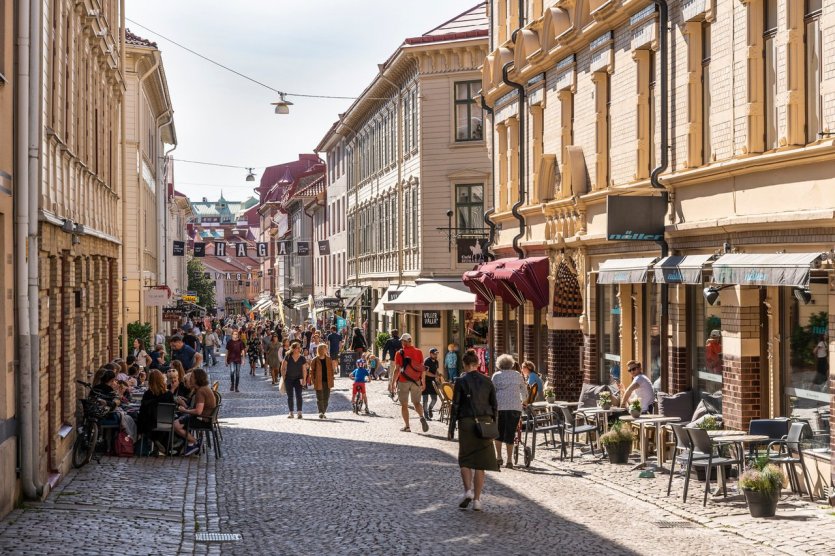 Visiting the city from the canals

Gothenburg is a city of water. And one of the original ways to get interested in the city is to embark on a guided tour on the Göta Canal. The walk leads under the city's many low bridges and the guides provide a wealth of information and anecdotes about the history of the canal and the main places of interest. The paddan (the name of the boat) then leads to the port of Gothenburg for a tour of the shipyards, the companies that make up its dynamism, the residential buildings and the fishing port. A peaceful and memorable ride. 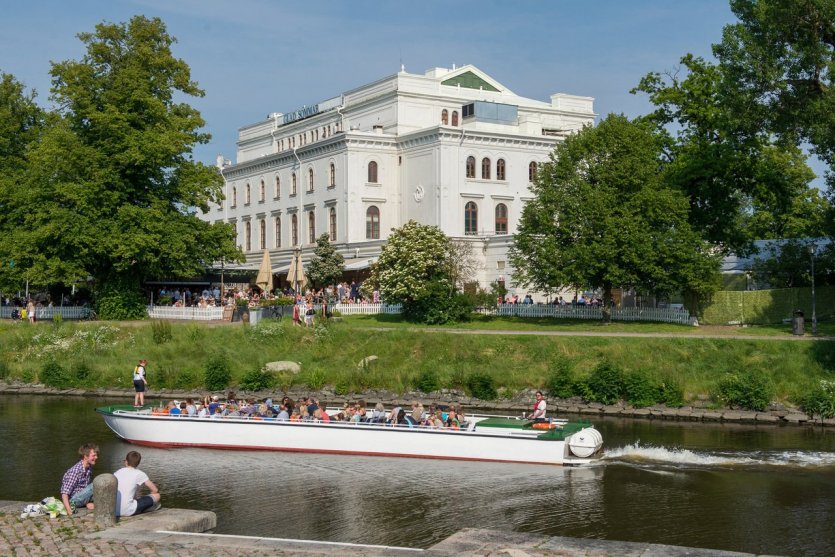 A dinner in a gourmet restaurant

Gourmets now have the opportunity to dine in a prestigious restaurant in Gothenburg. The city has no less than four starred restaurants and is considered the gastronomic destination of the country. You have the opportunity to eat very good seafood, as well as fish freshly caught in the archipelago. Swedes love to eat local and the restaurant owners are sure to share this taste with visitors from all over the world in a chic and elegant setting. Mackerel, cod, turbot, shrimp, prawns, langoustines and oysters, there's plenty to enjoy with good, delicately cooked seafood 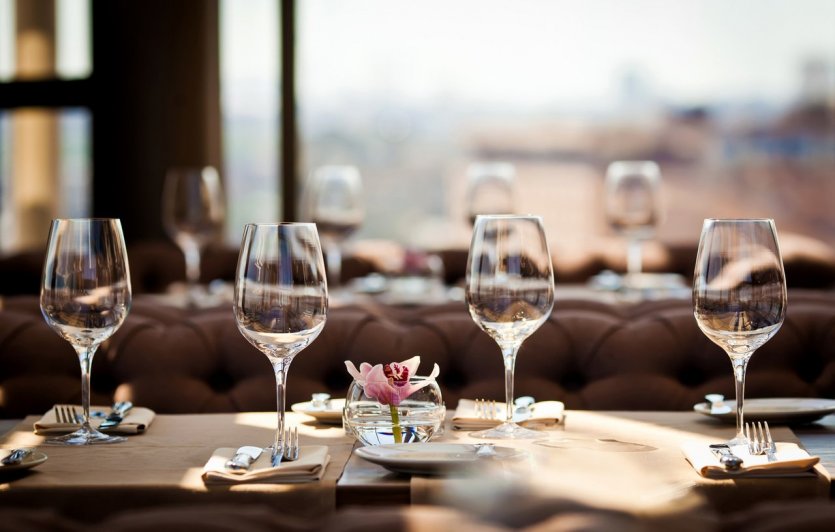 A getaway in the Gothenburg archipelago

Here is the highlight of a stay in Gothenburg: a ferry trip to its wonderful archipelago! The granite islands that make it up are superb and interesting in many ways. It really is a getaway that allows you to disconnect and recharge your batteries, with the possibility of taking part in a wide range of activities once you get there: hiking, strolling on the beaches, swimming in summer for the brave ones, or simply photographing the Nordic landscapes, wooden houses and boats. Note that the southern archipelago is more easily accessible and better preserved 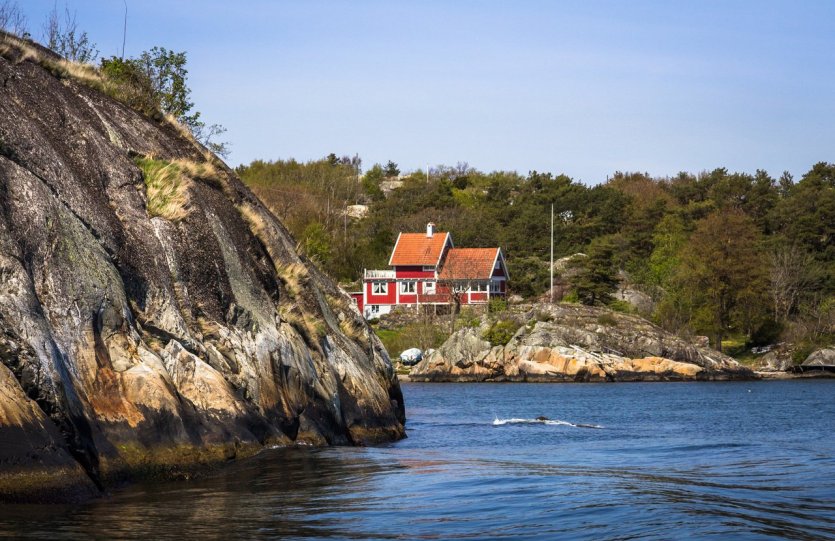 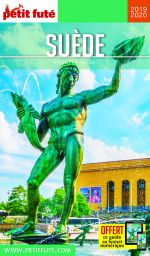 Moldova is a small central European country located between Romania and Ukraine. Far from mass tourism, this territory ...
Read the article

"Saint-Malo, built on the sea and enclosed by ramparts, seems, when one arrives, a crown of stones placed on the waves, ...
Read the article
To be read next:
Brussels' must-see attractions
The Essentials of Brussels
Albania's must-haves
The musts of the Normandy region
Dublin's must-sees
Sri Lanka's must-haves
St. Petersburg's must-see attractions
The Basics of St Petersburg
Northern Thailand's must-sees
Review