Cologne is more than just its historic centre and its imposing Gothic cathedral, which is no longer on display. A little further on, the chic Belgisches Viertel (Belgian Quarter) escaped the bombing, leaving a collection of beautiful Art Nouveau buildings that give an idea of what the city looked like a hundred years ago. Today, Cologne is especially remembered for its uniqueness: an open-minded art scene and a mentality based on a strange mixture of fatalism and optimism. Even its beer culture is different, when elsewhere it is served in litres, in Cologne one drinks in thin 20 cl glasses of Kölsch. The city also has a taste for wine, the nearby Middle Rhine Valley is home to some of Germany's finest vineyards. Whether you walk along it, cross it or go down it by boat, you can't visit Cologne without visiting the Rhine, Europe's second longest river, which gives the city a microclimate with long summers and mild winters. Cologne is a city of art, not only has the city always played a leading role on the German visual and contemporary art scene, but it also has a thriving gallery landscape. It is home to one of the best museums of contemporary art in Germany, the Ludwig Museum, as well as the oldest art fair in the world. As a popular student city, Cologne offers a wide range of restaurants, bars and clubs. Whether you need a vegan brunch or a full three-course dinner, there's something for everyone. Cologne is also a good starting point to visit a rich region between Bonn and Düsseldorf, a few kilometres from Aachen and the famous Vaalserberg, the border point between Germany, the Netherlands and Belgium. The charming city of Bonn is only 20 minutes away by train, making it the perfect day trip. Bonn was once the capital of West Germany, but it is also the birthplace of Beethoven. Also located on the banks of the Rhine, Düsseldorf is a modern and cosmopolitan city full of activities that will entertain even the most demanding travellers. The city is recognized as a pioneer in the world of art design and modern architecture. It is a dynamic and culturally vibrant city.

The must-see places in Cologne

Prepare for your trip Cologne 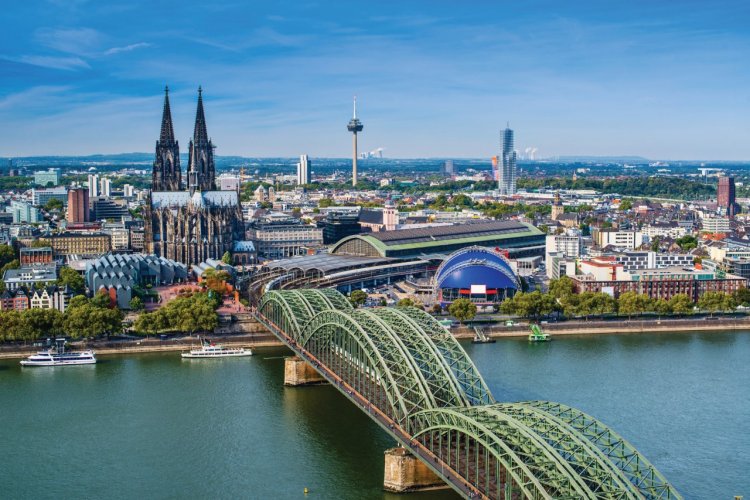 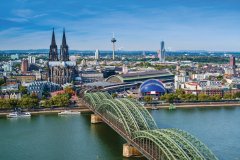 Extravagant, exuberant costumes, gigantic parade floats, colourful parades, breathtaking shows: the carnival season is coming and is the promise to liven up cities all over the world! In the sun or under the snow, the beliefs and traditions of each country are manifested for a few days or even several months. Some even prepare the event all year round to make it the festive and cultural moment of the year! Atypical and festive universe, no ...

Between strudel and mulled wine, Germany is one of the countries with the strongest Christmas tradition. It is here that the famous Christmas markets were born, where a large number of visitors come every year to discover this ancestral tradition. Every city has one, from Berlin the sprawling to the small Bad Wimpfen. Their atmospheres are all different but their objective is the same: to cultivate the magic of Christmas. On December 6, ...

The Metropolis of the Rhineland, in the west of the country, is a mandatory passage on a trip to Rhine. Ancient Roman city, with a long tradition, boiling, festive, it is today the media capital of the country, headquarters of many television channels and radio stations, communication companies… A service of the tertiary sector, it is a student city of culture, young, but also of tradition, like its famous cologne, Cologne. While the war ...