After passing through the Rybinsk lock in the opposite direction and up the reservoir along the south-north axis to its end, you will arrive at the beginning of the Volga-Baltic Canal.

With a total length of 360 km, the Volga-Baltic Canal has proclaimed itself the longest canal in the world. This is only partly true, as it is made up of as many artificial channels as natural waterways. Thus, the ship successively navigates the waters of the Sheksna, White Lake, Kojva, the Water Division Canal and the Vytegra Canal. Officially opened to navigation in 1964 and named Lenin, it allows ships to link the north of the Rybinsk Reserve to the south of Lake Ladoga more quickly and easily. Indeed, the old Mariinskaya system, dating back to Peter the Great, forced them to use many locks and canals, which slowed down the journey even more. Some of the 39 old wooden locks can be seen along the way, and some of the canals around Lake Onega, Lake Ladoga and Lake Blanc are still in use from time to time. However, despite its eight modern locks, reservoirs, dykes and bridges, the canal route remains extremely scenic and offers passengers an ever-changing landscape.

Tree forests occupy two thirds of the region, although this figure is declining given that wood is one of the main economic resources. Numerous sawmills, carpentries and warehouses have been set up and you will surely come across one of these barges transporting wood. You will also see a few small industrial towns, recognizable among all of them and in line with the idea that one has of the heart of Russia. Deciduous trees and conifers give a dark majesty and, what a charm to these riverside villages with their warm wooden houses! Will you see one of the many elk that inhabit the forest? In any case, you will enjoy the superb scenery of the Kojva River: the Constantine rapids and the flooded forests .

Navigation on the Volga-Baltic Canal begins with the 186 km long Sheksna Canal, which consists of a high (52 km), a reservoir (66 km) and a low (68 km) section.

This area takes its name from the Finnish sedge-covered tributary, which is a tall grass found in marshes and streams.

Prepare for your trip Volga-Baltic Canal 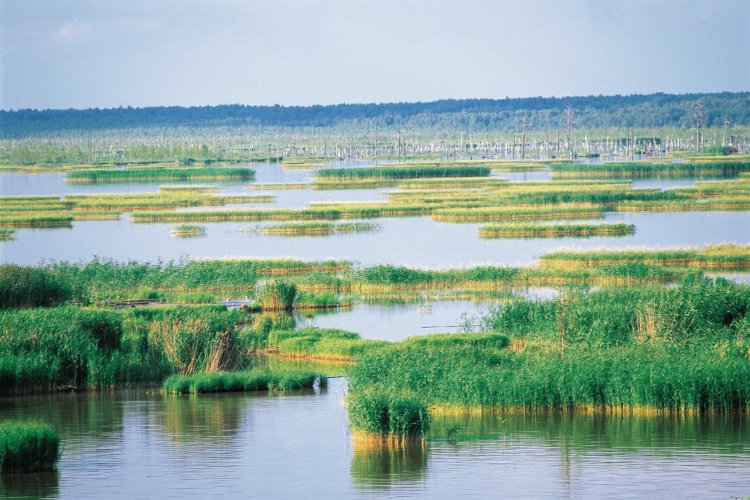 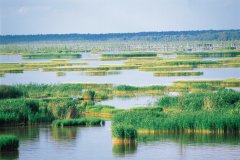