The Neva River originates in Lake Ladoga and flows into the Gulf of Finland where it flows into the Baltic Sea with an imposing (280 km²) and marshy estuary. Its name comes from nevo which means "swampy" in Finnish. With a width of 250 m to 1,300 m, a depth of 8 m to 24 m and rather high banks between 6 m and 9 m, its 74 km long course is very varied and pleasant.

History. The Neva has always been a problem in the relationship between Russians and Swedes. At the very source of the river, opposite the town of Petrokrepost on the small island of Orechek ("little nut"), the Prince of Novgorod decided in 1323 to build a small wooden fortress on the trade route from Eastern Europe to the Baltic. Destroyed by fire in 1348 following Swedish attacks, it was rebuilt entirely in stone in 1352. Destroyed again in the 16th century, it was replaced by an imposing fortress, occupying the entire surface of the island, with walls 12 m high, 7 towers, one of which is 15 m square, and loopholes on several levels. The triangular configuration of the fortress makes it an almost impregnable bastion. There is even a port inside, which can accommodate up to 50 ships. In 1582, the Swedes tried in vain to seize the citadel, a general of the time going so far as to exclaim, in anger, that it is simpler to "eat an apple than bite into a hazelnut" in reference to the Russian name Orechek. In memory of this victory, the first great Russian success in the Northern War, it was named Schlüssel-bourg ("the key city") in 1702. During the reign of Peter the Great and until 1914, it was still a key town: the fortress became a prison, the most terrible and feared of all Russia. Peter the Great locked his sister in it. A few years later, most of Pushkin's Decembrist friends, as well as many early revolutionaries (1917), including Lenin's brother, spend long and dark moments there or are executed there. In any case, Peter the Great having emerged victorious from the Northern War in 1721 and having founded in 1703 Saint Petersburg at the mouth of the river, allows Russia to put a definitive option on the river.

At km 1,315-1,317, this is the exact place where the Neva River originates. From this point, all that remains to be done is to sail the 74 km of the river to reach St. Petersburg. A few hundred metres further on, on the southern shore of the lake, you can see the fortress island of Petrokrepost-Schlüsselburg. About sixty kilometres to the south-east is Tikhvin, the birthplace of the composer Rimsky-Korsakov.

After passing Kivorsk with its hydroelectric power plant and flower production at km 1,330-b, we pass by a granite pillar dedicated to the town of Arbuzovo, which was completely destroyed during the Second World War, at km 1,332-b. The ship will surely give a siren blast in memory of the Soviet soldiers who lost their lives there.

At km 1 344-1 346-b, it is the crossing of the Ivanovskoye rapids, during which ships heading for Moscow have priority, given the narrowing of the river and the high flow rate of 3 m per second.

At km 1 353-1 357-b, a church now stands on the very spot where Alexander Yaroslavich, Prince of Novgorod, defeated the Swedish troops on July 15, 1240. From that day on he called himself Alexander Nevsky.

Prepare for your trip Neva (Нева) 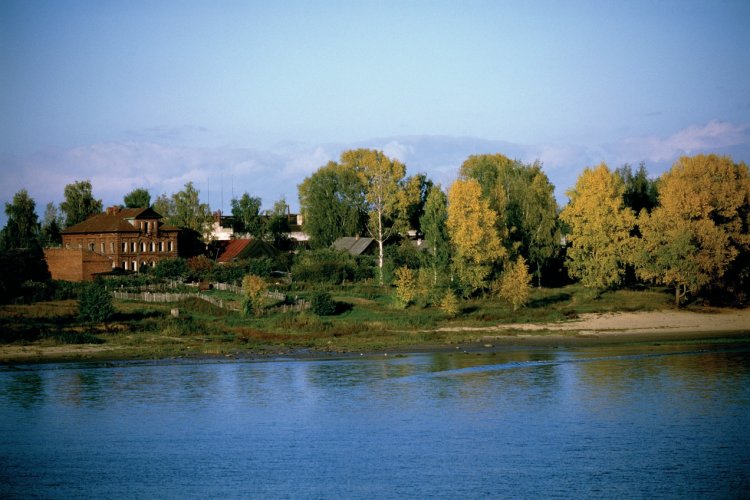 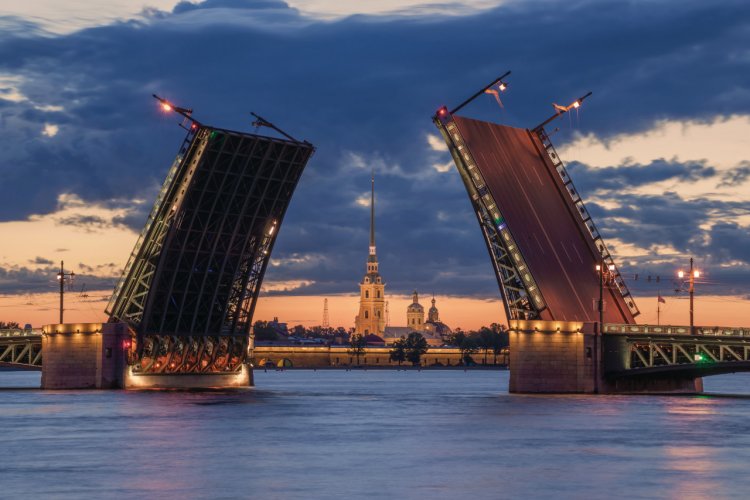