It is on its icy waters, which we start crossing at km 1,366, that the supplies of Leningrad transited during the German blockade from 1941 to 1944. During this period, 1 million St. Petersburgers fled via this route, using ships in the summer and trucks in the winter. They used ice roads on the frozen lake surface. From early November, the waters of the lake began to carry the ice and were completely frozen in mid-December, with breakup not beginning until April.

With a surface area of 17,700 km² and a volume of 900 km³, Lake Ladoga is almost as vast as the Gironde and the Landes combined! The width of the lake is about 130 km and more than 500 islands emerge from it. More than 30 rivers flow into the lake, but only the Neva River flows out of it. Its banks are sometimes steep to the north and west, with sketches of long but modest fjords, and sometimes swampy and forested to the southeast. On the south coast there are beautiful sandy beaches. The depth of the lake can reach 230 m in the north while it is very shallow in the south. A very rich aquatic fauna populates the waters of the lake: sturgeons, pikes, perches, without forgetting the Ladoga seal, a very old species emigrated from the White Sea.

Much less populated than those of Lake Onega, the shores of Lake Ladoga are dotted with small, modestly sized towns with an evanescent and often outdated charm. Thus Olonets, a renowned metallurgical centre in the 18th century and also known as the land of singers and epic traditions, is today only a sleepy town of 12,000 inhabitants. Sortavala, and Pitkiaranta live, or rather survive, mainly from fishing and the timber industry. As for the city of Priozersk, it unfortunately contributes, with the discharges from its phosphate plant, to the pollution that increasingly threatens the lake region, which is also the drinking water reservoir of St Petersburg.

The pearl of the lake is undoubtedly the Valaam archipelago, covering an area of 36 km², made up of about fifty small islands, the main one, Valaam, is a nature reserve housing one of the most prestigious monasteries of the Russian Orthodox Church. Seven lakes, in the middle of a sumptuous forest, numerous creeks and small paths through the wild grasses, make this place a haven of peace conducive to monastic meditation. The monastery was founded in 992 by two Greek monks. It has played a very important role over the centuries, especially in the 16th century and then under Peter the Great. 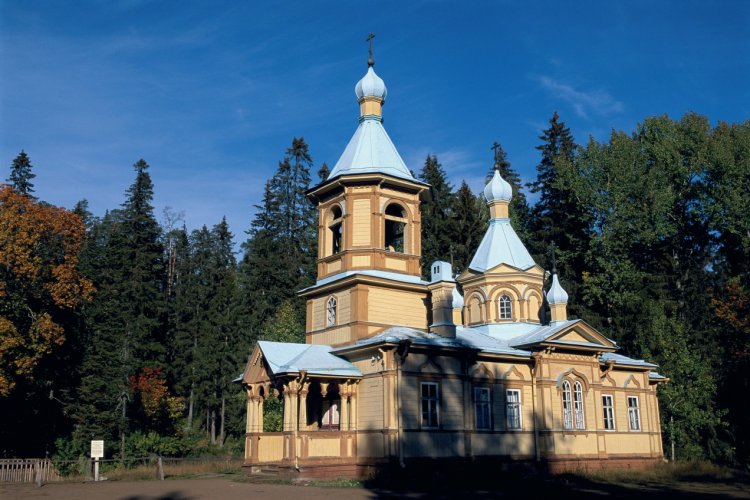 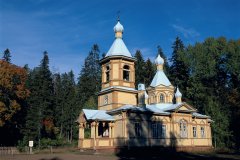