Vancouver is located in western Canada, in the province of British Columbia, between the Pacific Ocean and the Canadian Rocky Mountains. Although Vancouver has risen to the top of the list of the most pleasant cities to live in the last twenty years, it is still not well known by European travellers. But in recent years, it has been able to make itself desired and revealed: in 2010, for example, it hosted the Olympic Winter Games, and very soon, in 2020, it will be named the most ecological city in the world. Vancouver is becoming an increasingly popular destination. For its climate, first of all, which is much milder than in the rest of Canada. Although rain is often present, winters are milder and summers less suffocating. For his busy life in the lively districts (Gastown, Kitsilano, Yaletown), very student, where glass buildings and green parks (Stanley Park) meet, agree, where one breathes fresh and pure air. For its landscape too, with its long beaches that border the city entirely, whose refreshing water is rather quiet for an oceanfront, like Half Moon Bay Beach or Kitsilano Beach Park. And then the proximity of the Rocky Mountains and coastal islands, including Vancouver Island, which is immense and much larger than Belgium. Here we go for a weekend hike, camping, kayaking, or skiing. A Vancouver tourist guide will give you ideas to fill your stay, which will seem too short!

What to visit Vancouver?

When to go to Vancouver?

On the west coast, where everything is larger than life, you can enjoy activities all year round that are accessible to everyone: families, sports enthusiasts, nature lovers, hunting and fishing enthusiasts. Vancouver is lively all year round, however, depending on your wishes, you will have to choose your stay period. Here are some tips on when to go to Vancouver.

High tourist season: mid-May to early October, mid-December to early January, and February. To make the most of your stay in Vancouver, the period to aim for is the period when it rains the least, i.e. the summer. The months from June to the end of September are the months with the best weather. It is an opportunity to practice camping, hiking or water sports. Most Canadians take their holidays during the second half of July, so it is advisable to book in advance. The festival season often begins in May and ends in October. We then discover the city with its melancholic charm, when it rains on the ocean, when the orange leaves set the trees on fire, when the mist blurs the horizons. The high season for a snow break is of course reversed, with the months of December to March being ideal for skiing in Whistler, the city that hosted the 2010 Olympic Games. Be careful, unlike the rest of the region, it is at this time that prices are highest.

Low tourist season: October to mid-December, January, March and April. An off-season trip also has the advantage of seeing hotel prices drop by 10 to 50%

Vancouver's climate is oceanic in nature. The summer months are pleasant and sunny, without being too hot (between 24 and 28 °C in July and August). The winters are very mild and contrast with the rest of the country. The temperature rarely falls below 0°C, and rises to 8°C in the afternoon. Snow is quite rare (11 days per year on average) and melts quickly. On the other hand, autumn and winter are quite rainy.

French, Belgian and Swiss travellers are accepted for six months without a visa. They must be in possession of a valid passport, a return ticket (ideally) and have sufficient cash to ensure their stay. New for visitors to Canada: since September 2016, visitors who do not require a visa must complete an EV (Electronic Travel Authorization) before travelling on www.cic.gc.ca/francais/visiter/ave.asp. The AVE costs 7 CAN $ per person (less than 5 euros), and will be valid for five years. This online request collects basic personal information, just as it is currently done at customs upon arrival in Canada, and results in faster border crossings.

You are safe to travel to Canada. Remember to check if your vaccination record is up to date. All regions have hospitals and clinics (with or without appointments). Specialized centres are located in major cities. However, if medicine is free, it is quite slow. Most drugs are not sold ready for use, in vials labelled by laboratories as in Europe. Here, it is the pharmacist who prepares the vial, filling it with the exact number of tablets prescribed by the doctor, and reports the dosage of the prescription (prescription) on the label. This avoids waste and drug abuse. If you think you need prescription drugs, it is better to take the prescription with you.

How to go to Vancouver? Our advice & tips

Tour operators generally include Vancouver on "Western Canada" tours that pass through Calgary, Whistler and Vancouver Island. It may be interesting to choose an organized trip if you plan to explore the area and do not wish to drive. On the other hand, if you only want to visit Vancouver, the tour package is not really of any interest.

Vancouver is a very accessible city for Europeans who wish to travel individually. The population is welcoming, it is easy to get around by public transport or on foot. The only downside is the language barrier, but the kindness of the Vancouver people more than makes up for it!

Vancouver Airport is international, so it is easily accessible from France, Belgium and Switzerland. In the heart of the city, you can opt for buses or bicycles. It is a city oriented towards gentle travel and it is easy to adapt to it. It is also very pleasant to discover on foot, when the weather allows it.

Prepare for your trip Vancouver

From Victoria to Whistler, a colourful region 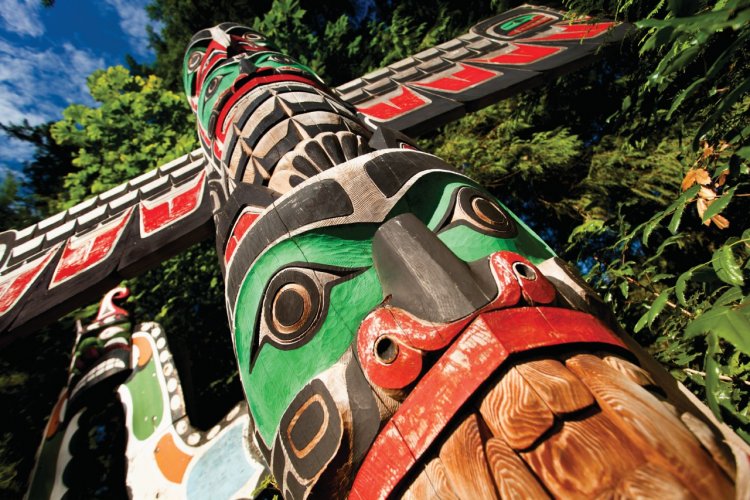 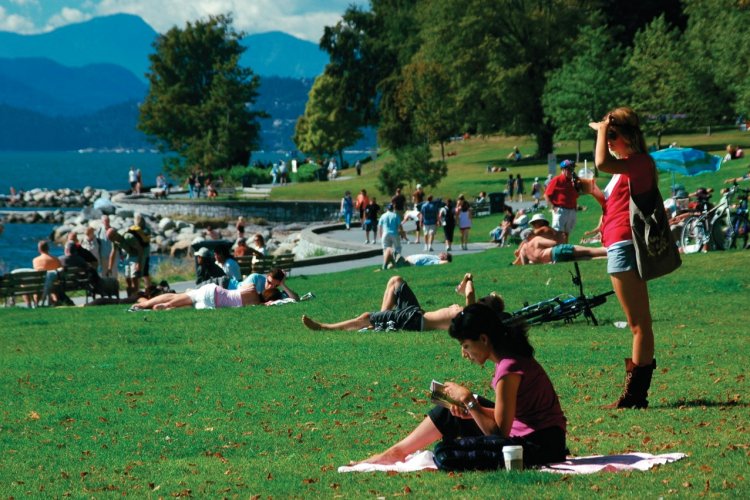 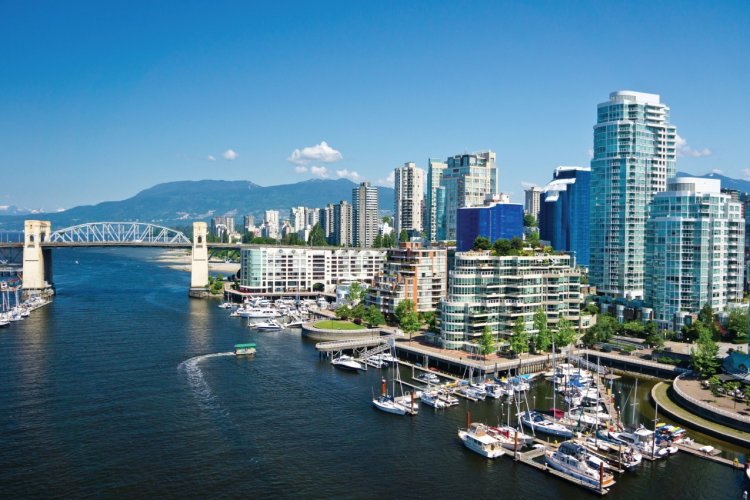 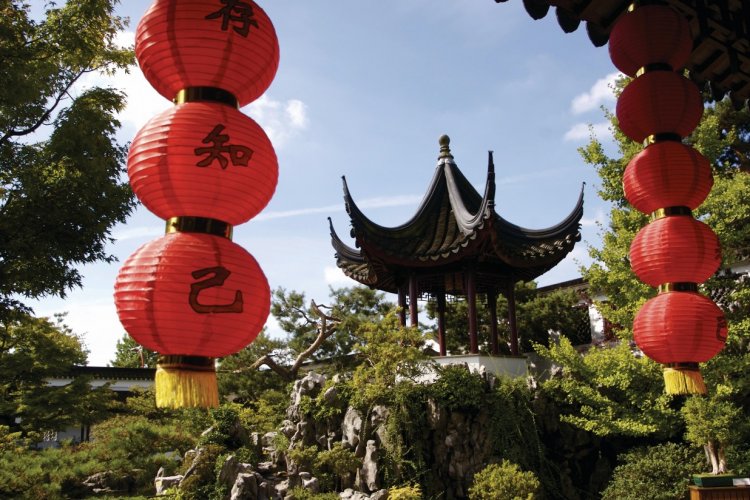 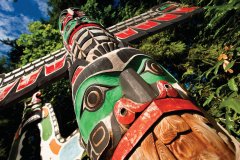 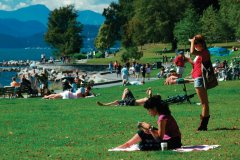 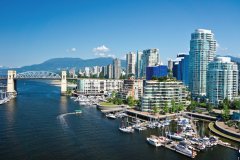 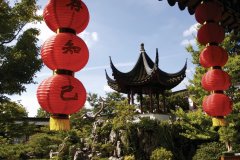 On the west coast, where everything is larger than life, you can enjoy activities all year round that are accessible...
Read more about it

Vancouver's climate is oceanic in nature. The summer months are pleasant and sunny, without being too hot (between 24...
Read more about it

Here are some price estimates to help you establish a budget. One night in a youth hostel costs 20 CAN $/pers., one n...
Read more about it

French, Belgian and Swiss travellers are accepted for six months without a visa. They must be in possession of a vali...
Read more about it

You are safe to travel to Canada. Remember to check if your vaccination record is up to date. All regions have hospit...
Read more about it

Vancouver is a very accessible city for Europeans who wish to travel individually. The population is welcoming, it i...
Read more about it

Tour operators generally include Vancouver on "Western Canada" tours that pass through Calgary, Whistler and Vancouve...
Read more about it

Vancouver Airport is international, so it is easily accessible from France, Belgium and Switzerland. In the heart of...
Read more about it

In Vancouver, the bike is king!

For a total immersion in Vancouver's culture, we will rent a bike on Denman Street and go on a tour of one of the largest urban parks in North America: Stanley Park. Once a military stronghold to protect the city from the Japanese, it is now a must for Vancouver's athletes, who come here to train in jogging, cycling or walking. You come to breathe in the middle of its half a million trees, some of which are more than 100 years old! You can ...

Based on the cycles of the moon and sun, the Chinese New Year's date varies every year. On this occasion, festivities are organized in many cities. The streets are decorated in red to chase away evil spirits and grandiose fireworks are fired before giving way to the famous parades. Petit Futé offers you a top 10 best places to celebrate the Chinese New Year! San Francisco The Chinese community of San Francisco is the largest in the world ...