From the Pacific coasts to the Atlantic Ocean, Canada extends almost twenty times as vast as France. It is difficult to define this great country: there is a rich and industrialized Canada, another savage one; an English-speaking Canada close to its American neighbour, and another French-speaking one, which claims its particularity; a mountainous country in the west, and a flat country in the east; a country dressed in white in winter, but which reveals its colours during the Indian summer; an authentic country which has many modern cities: Toronto, Montreal, Vancouver... The forests are sometimes dense and endless (on the north shore of the St. Lawrence River), sometimes sparse (in the Okanagan). The mountains are sometimes steep and impressive (at Lillooet), sometimes soft and rounded (at Bic). Lakes can be large (the Great Lakes) or human-sized (in the vicinity of Edmonton). Water is omnipresent. It can be blue (Okanagan Lake), green (Hector Lake) or dark (Lac Saint-Jean), cold (in Victoria) or warmer (in Chaleur Bay). But if there is any consistency in this country, it is Canadians, warm, welcoming and supportive. It is hard to imagine those who came to settle on these lands without boundaries or fences, to establish cities and villages, which look like nothing else. Quebec City, the oldest city in North America with its fortifications and Château Frontenac, is in strong opposition to Vancouver, a metropolis pulled upwards by its skyscrapers. Browse the pages of a tourist guide on Canada and discover this diverse, dynamic and serene destination.

What to visit Canada?

When to go to Canada?

Canada is a year-round vacation destination for everyone: families, sports enthusiasts, lovers of nature and the great outdoors, hunting and fishing enthusiasts. The Canadian seasons are very marked and the time you choose to visit the country will depend on your desires and the activities you wish to do. Here are some tips on when to leave.

High tourist season: Summer is the tourist season par excellence: it is at its peak in June, July and August. It is an opportunity to practice camping, hiking or water sports. But it is also the mosquito season, or "mosquitoes", especially in June. Most Canadians take their holidays in the second half of July, so it is advisable to book in advance for this period. Spring (March to May) is the time of the sugar parties that celebrate the maple syrup harvest (mainly in Quebec). He really settles in in April or May. In autumn, visitors can enjoy the magnificent colours in a country where maples are abundant. Winter is the season that best characterizes Canada: it is the opportunity for the athlete to go skiing in the country's many ski resorts, skate on frozen lakes, hike on snowshoes, or ride snowmobiles (very numerous) and dog sleds (this activity is mainly reserved for tourists).

Low tourist season: From mid-October to mid-December, winter gradually sets in, but tourist numbers remain low until the Christmas and Christmas holidays. January, very cold, snowy and rainy (on the west coast), is not really advisable to discover the country. Finally, winter often extends into March, April, delaying the start of the summer season.

Temperature and precipitation vary widely across Canada from province to province and territory. While the winter is mild and rainy on the West Coast, the Far North, Central and East are bitingly cold. In summer, the West is relatively more temperate, heat waves affect central and eastern Canada, and precipitation is frequent in the Atlantic provinces. Depending on your destination, it is advisable to check the weather in order to be well prepared.

A minimum of CAN$75 per night for two people in a guest room and CAN$90 in a motel is required. In more upscale hotels, count from $99 CAN per double room. Be careful, prices are generally exclusive of tax: you must add 5 to 15% (depending on the province). At noon and in the evening, a snack bar costs CAN$8 and an average of CAN$15 for a hot plate. Attention, for meals, it is necessary to add to the taxes the 15% service. To calculate correctly, it is therefore necessary to increase prices by 20 to 30%!

French, Belgian and Swiss travellers are accepted in Canada for six months and must have completed their electronic travel authorization (EV) application. They must be in possession of a valid passport, a return ticket (ideally) and have sufficient cash to ensure their stay. For visitors to Canada: those who do not require a visa must complete an EV (electronic travel authorization) online before travel. The AVE costs CAN$7 per person (less than €5) and is valid for five years or until the passport expires. This online request collects basic personal information, just as it is currently done at customs upon arrival in Canada, and results in faster border crossings. More information on www.canadainternational.gc.ca

There is nothing to fear in Canada. The necessary vaccines are the same as those recommended in France. So make sure you are up to date. While there is no specific health hazard in Canada, the climate is very different from that of Western Europe. Bring suitable winter clothing and mosquito repellent for the summer season - they are tougher than in France.

How to go to Canada? Our advice & tips

Canada being a very popular destination for the French, many tourist tours are organized there. Tour operators generally plan to cover a geographical area, such as Vancouver and the Rockies, or Montreal and Quebec City, as the distances are very long.

It is very easy to go alone to Canada, especially to Quebec. First of all, you will not have any language problems to communicate. Second, Canadians are charming and welcoming, which will facilitate all your exchanges. As cultural codes are similar to those of Europeans, you will not be lost - but you will still be out of touch with the great North American spaces. It is also common and simple to rent a car to travel between major cities such as Montreal, Toronto, Vancouver... in natural territories.

Canada has many international and regional airports. The plane is the ideal means of transport for long distances. To reach the islands, opt for ferries instead. Greyhound buses remain the most popular and cheapest means of transportation to reach Canada's cities. They are very comfortable and secure. Finally, the car is the most common option for tourists, as it allows a great deal of freedom.

Prepare for your trip Canada 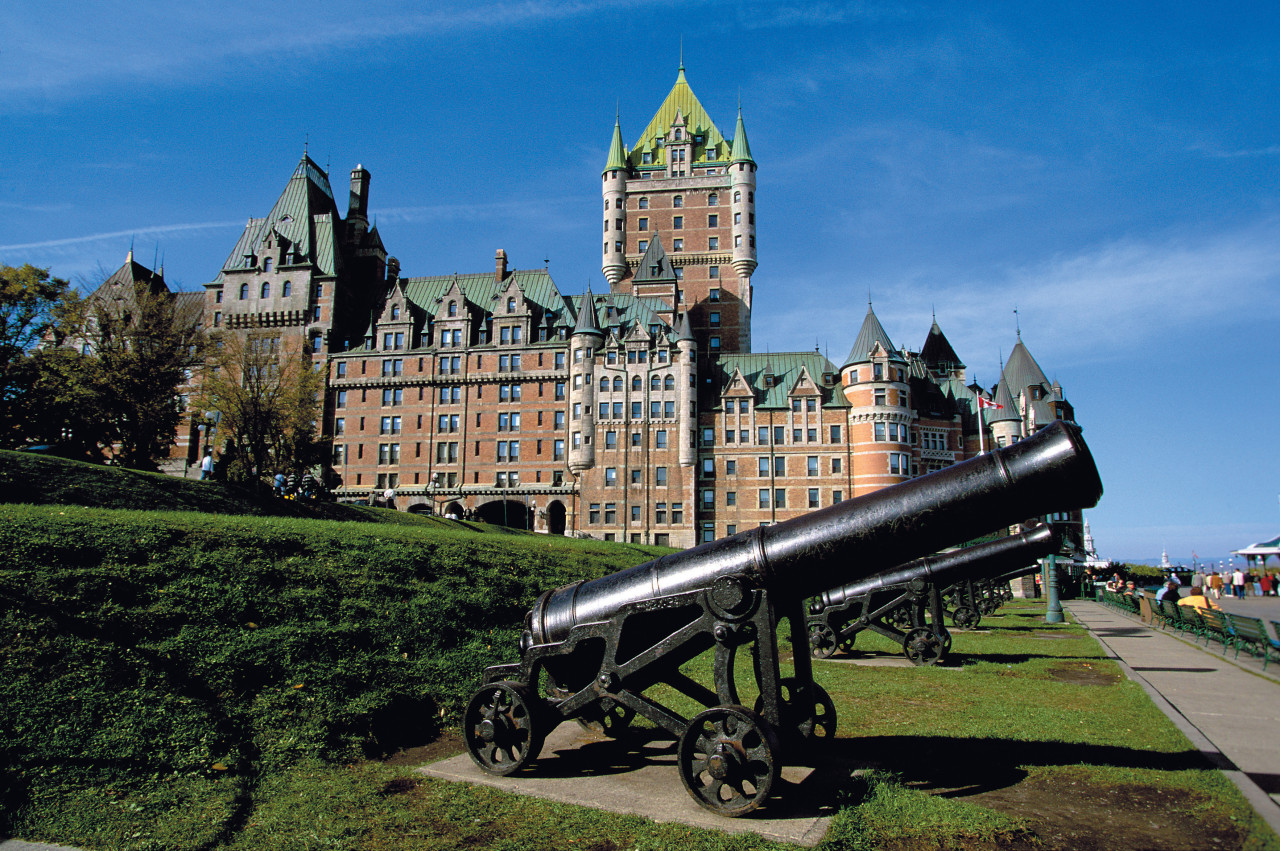 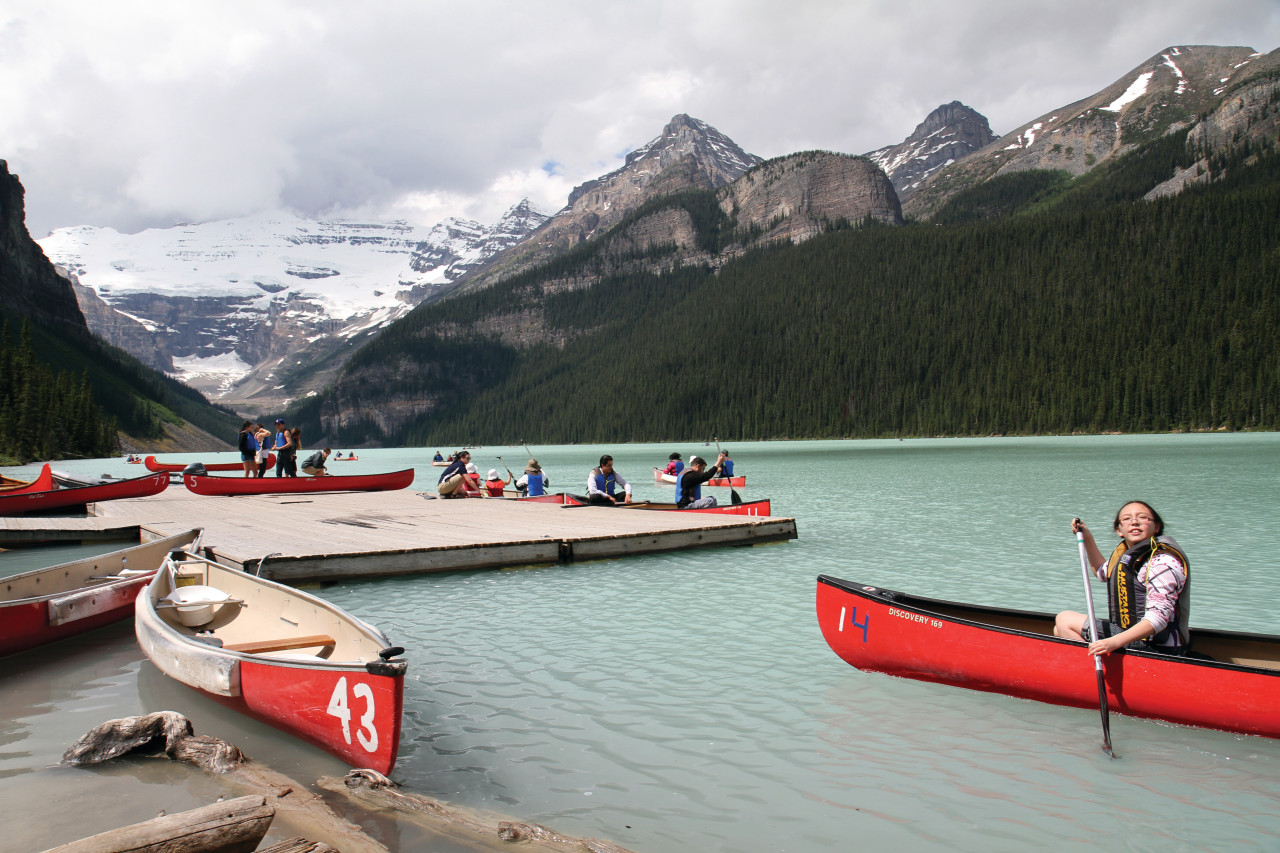 Wild nature in the Canadian Rockies 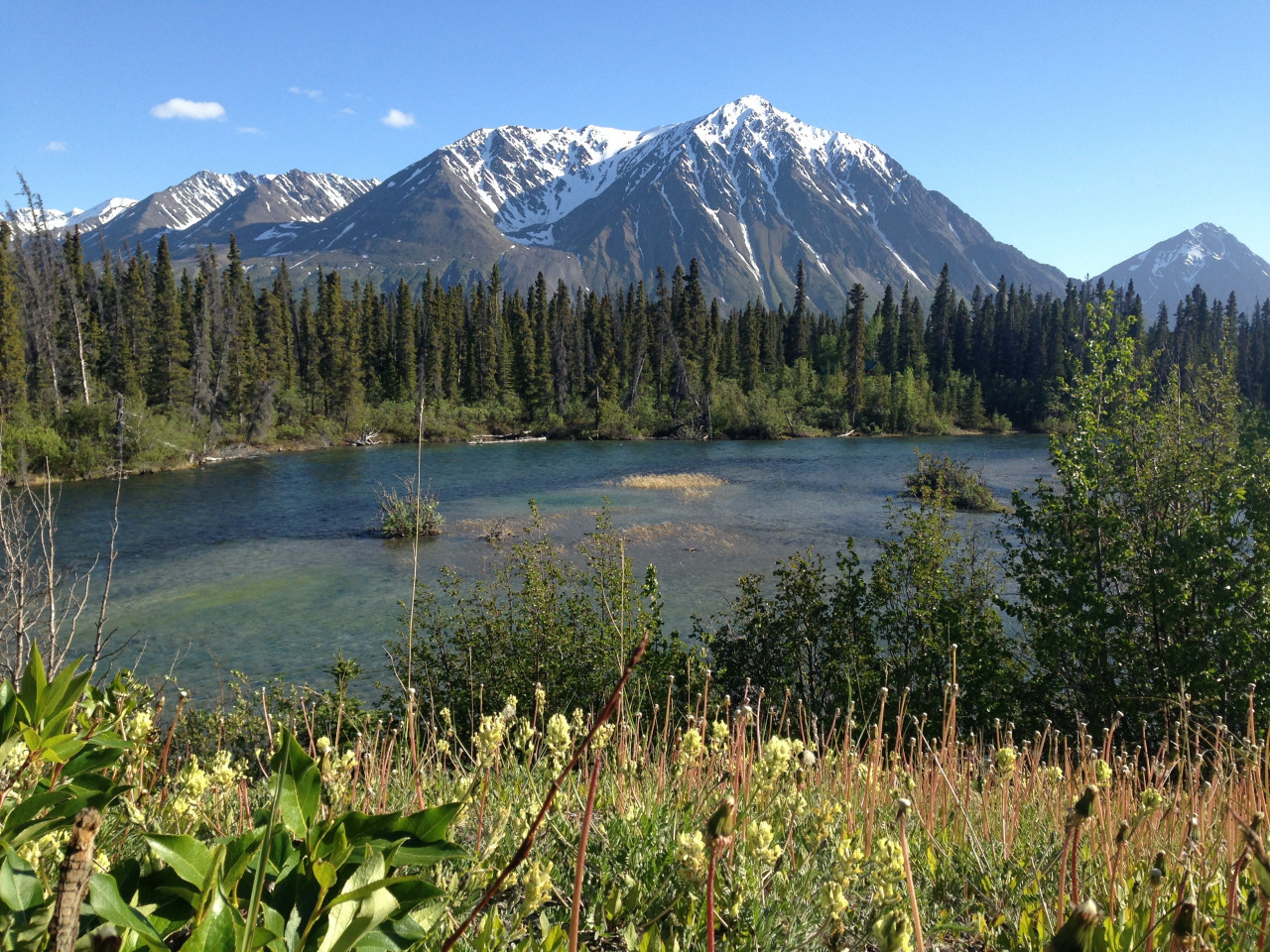 On the trail of Klondike's gold rush 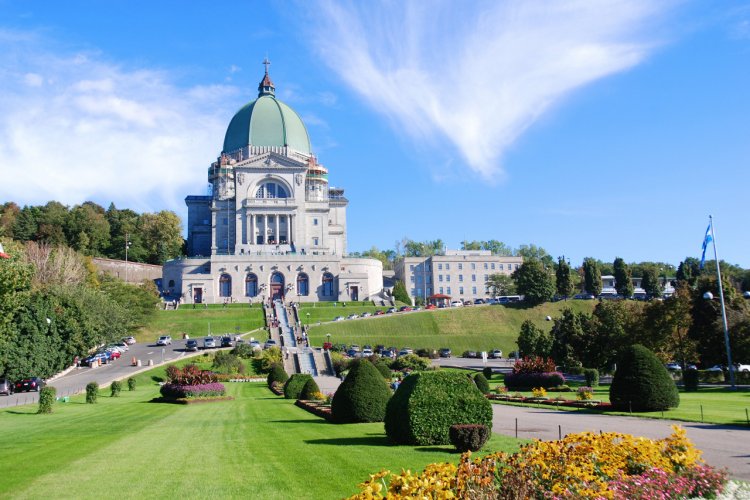 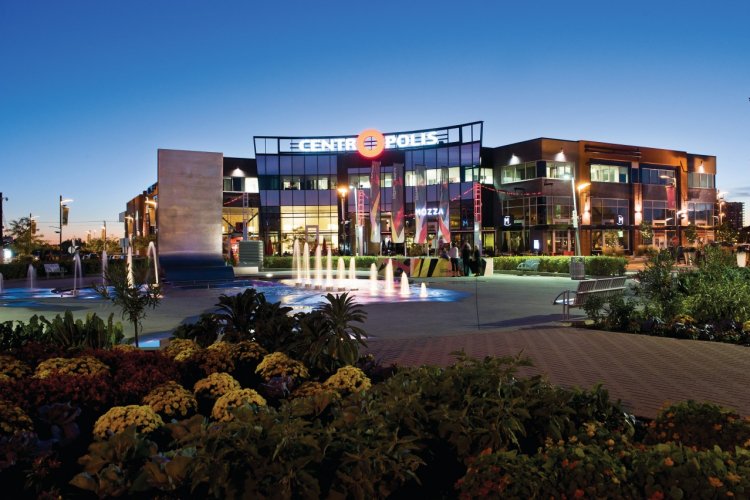 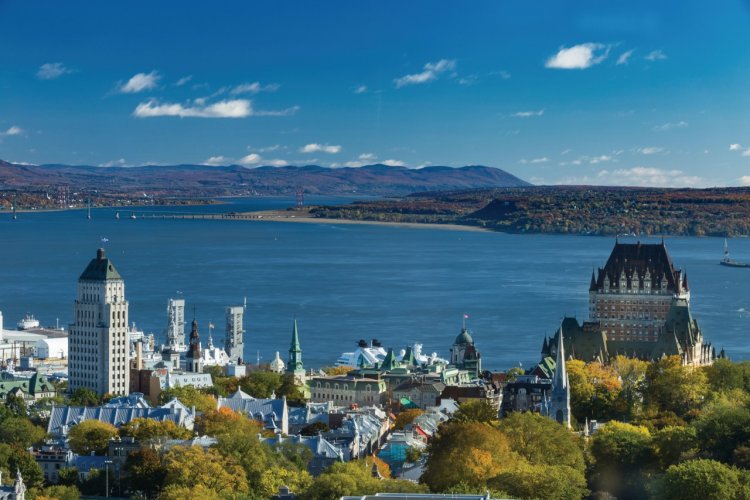 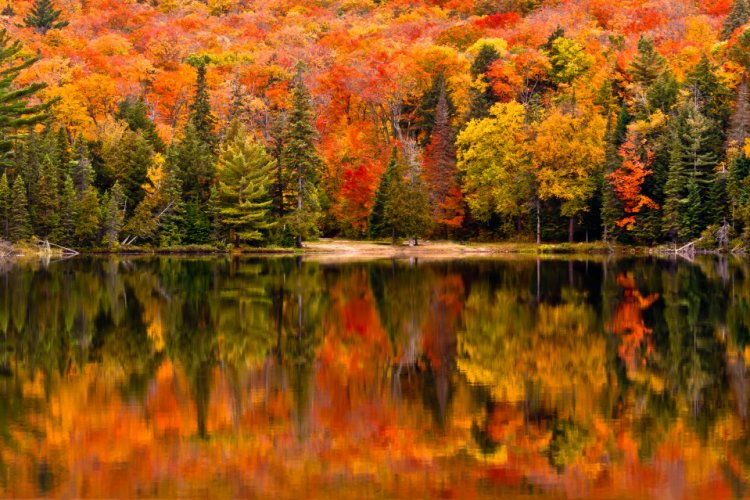 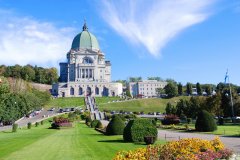 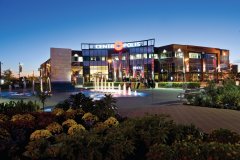 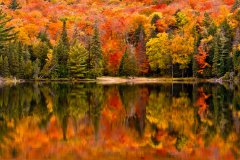 Canada is a year-round vacation destination for everyone: families, sports enthusiasts, lovers of nature and the grea...
Read more about it

Temperature and precipitation vary widely across Canada from province to province and territory. While the winter is...
Read more about it

A minimum of CAN$75 per night for two people in a guest room and CAN$90 in a motel is required. In more upscale hotel...
Read more about it

French, Belgian and Swiss travellers are accepted in Canada for six months and must have completed their electronic t...
Read more about it

There is nothing to fear in Canada. The necessary vaccines are the same as those recommended in France. So make sure...
Read more about it

It is very easy to go alone to Canada, especially to Quebec. First of all, you will not have any language problems to...
Read more about it

Canada being a very popular destination for the French, many tourist tours are organized there. Tour operators genera...
Read more about it

Canada has many international and regional airports. The plane is the ideal means of transport for long distances. To...
Read more about it

Apply for a Canada Visa online: the easy way to explore the country in good standing

Canada is a country that fascinates travellers with its attractive cities and magnificent landscapes. For those who are planning a trip to the country for work, study or leisure, there is now a very simple way to obtain a mandatory travel authorization for air travel without a visa: the online application for a Canada Visa. The process is simply done from a computer or tablet at home, and all you have to do is wait for the application to be ...

Reconciling the arrival of a newborn baby in the family with the desire to travel is not always easy. Indeed, we are often led to ask ourselves a multitude of questions about the course of the trip: will the time difference disrupt baby's rhythm? Will it be easy to get around? Will we be able to find all the necessary equipment? In reality, travelling with a baby is perfectly possible, not only in Europe but also in the rest of the world! Of ...

Top 20 English phrases to know absolutely for your trip

The French are not known for shining in foreign languages. At the same time, they love to criss-cross the five continents to discover their riches. So even if you can always get by with expressive gestures and mimics, a few rudiments of English (the language of international communication par excellence) are never useless. If you need to reassure yourself a little before leaving for an English-speaking country, as well as many destinations ...

With its wooded forests as far as the eye can see, its frozen lakes surrounded by wooden chalets, its Jack London style landscapes, its " dernier trappeur " ambiance and the extent of its marked trails covered with ever fresh snow, the Belle Province is an ideal destination to discover dog sledding, ice carving and ice fishing. And at the beginning of February, the Québec Winter Carnival, the largest winter carnival in the world, is an ...