For some countries, the capital is of major importance in terms of tourism (Paris, London...), for others however, it is just an airport that you leave as soon as you arrive! Of course, to discover a country and its traditions, you should not be satisfied with just visiting its capital. However, as the seat of major political authorities, but also of an intense cultural life, it is often worth the detour and its visit can prove to be... capital! We have selected here fifteen world capitals that deserve to stop here before venturing elsewhere!

Yes, Paris is always a good idea! The French capital is a must-see, with a wonderful blend of culture and entertainment. At the cutting edge of fashion, you'll find the country's trendiest bars and trendiest boutiques. But Paris is also its countless museums - from the vast Louvre to the sumptuous Musée d'Orsay, and its internationally renowned monuments such as the famous Iron Lady. A symbolic city that we always discover and rediscover with passion

Rome is not to be missed! Eternal city, cradle of Western culture, the Italian capital is an open-air museum. From the Colosseum to the Forum, a real plunge into ancient Rome is on the program, before taking a real eyeful in front of mythical monuments such as the Trevi Fountain (and don't forget to throw a coin in it to make sure you come back!). As a bonus, we leave with a few extra kilos, because the cuisine is divine!

If you're a city dweller at heart and swear by big, bustling cities at the cutting edge of modernity, Tokyo is the place to be! If this is not the case, rest assured: in the Japanese capital, modernism and tradition are constantly rubbing shoulders and gigantic skyscrapers meet typical small houses and sumptuous temples. Tokyo is also an example of unequalled citizenship, here everything seems to be settled like music paper!

An immense city, like its state-continent, Moscow is the capital of Russia and the seat of the Kremlin. Dynamic, it is a festive and lively city from morning to night that will delight aesthetes and night owls alike. It is on the Red Square that you can discover its flagship monuments such as the cathedral of Saint-Basile-le-Bienheureux and its famous bell towers with colourful bulbs or the mausoleum of Lenin. In summer and winter alike, Moscow knows how to showcase its most beautiful assets

La Paz, the highest capital in the world, rises to 3,600 metres! It is not the only capital of Bolivia, it shares the title with Sucre, the constitutional capital. La Paz is a capital in relief, which can be discovered along its ring roads that lead to the highest perched neighbourhoods. For a 360° view of the city, you'll have to walk to the Killi Killi viewpoint: beware, it climbs!

London is an avant-garde city, a capital that cannot be ignored. Here you will find an unrivalled dynamism and an exceptional heritage, Westminster or Saint Paul's Cathedral being brilliant examples. Its museums are also brimming with works of art to be discovered: one is particularly amazed by the antiques in the British museum or by Turner's works in the Tate Museum. To be discovered and rediscovered without ever getting bored!

From Aztec remains to Frida Kahlo, tequila and burritos, many images come to mind when we think of Mexico City! But the capital of Mexico is not so easy to discover, it will take time to get used to it and it is by strolling in its districts that you will discover it at best. A lively city, with a thousand colours, you will be conquered by the richness of its historical and culinary heritage

As the epicentre of Egyptian civilisation, it would be very difficult to sum up all the architectural richness of a capital like Cairo! In addition to the fortress of Babylon, the Khan al-Khalili souk and the Coptic museum, one should not fail to head west towards the mythical pyramids of Khufu and the fascinating Sphynx. To visit Cairo is to discover a unique culture and history, a trip you won't forget!

The capital of the United States is home to institutions known to all, from the White House to the Pentagon to the Capitol. Here, few skyscrapers unlike other cities in the country, these have been replaced by numerous museums retracing American history such as the National Portrait Gallery, or the National Museum of Natural History. After getting a full tank of culture, you stroll through its trendy neighbourhoods, with many green spaces such as East Potomac Park

In recent years, Lisbon has become a must-see destination. In spite of this intense tourism, the Portuguese capital has managed to preserve its gentle way of life and the beauty of its panorama, which can be admired from one of the many watchtowers, is no longer to be proven. Among the districts to be discovered, the most emblematic is undoubtedly the Alfama crossed by the famous yellow tram! We also go to Belém for its historic tower and its succulent pasteis de nata!

Bangkok, between tradition and modernity

On the side of tradition, it is necessary to see in Bangkok the Wat Pho temple. It is a must, especially for its gigantic statue of the reclining Buddha. The Royal Palace and Wat Phra Kaew, one of Thailand's most sacred temples with its Emerald Buddha is also highly recommended! On the modern side, it is the Mahanakhon, the highest tower of the city, which will give shivers to all those who have vertigo!

With less than 7,000 inhabitants, Valletta is one of the smallest capitals in Europe, yet it has all the makings of a great city! Here, the vestiges of a multicultural past rub shoulders: Phoenicians, Greeks, Carthaginians, Romans, Byzantines, Arabs, but also French and English have left their traces there. The old town and its Renaissance architecture is of rare beauty, as are the gardens of Baracca with its Mediterranean essences

Athens, in the heart of ancient Greece

Along with Rome, Athens is unquestionably one of the cradles of Western civilization. To visit it is to plunge into its ancient history, especially when you walk around the Acropolis and face the famous Parthenon. If you're looking for a little souvenir, you'll find it in the Plaka district, otherwise prefer the Psiri or Monastiraki districts to enjoy the Greek sun on the terrace and, of course, taste the delicious local specialities!

If Buenos Aires is not the most exotic of South American capitals, it is an exciting and passionate city! Football is a religion there, as is the tango that animates the San Telmo district. But Buenos Aires isn't just about that, you'll also discover the colourful houses of the Caminito, in the middle of the La Boca district, or the trendiest bars in the elegant Palermo district. The capital of Argentina has a thousand and one faces!

Budapest, along the Danube

Less than three hours' flight from France, Budapest is a capital that offers a host of activities for travellers. A spa town, it is the ideal destination for a relaxing weekend, especially in its Szechenyi baths, where Budapestois and tourists alike flock in summer and winter. From one bank of the Danube to the other, from Buda to Pest, you can admire Buda Castle, St. Stephen's Basilica or the Parliament before enjoying the electrifying nightlife!

1 /
To be read next:
10 activities to try during your holidays for the more or less sporty
The most beautiful ruins that can still be admired in the world
The most beautiful palaces of kings and presidents in the world
Top 5 sensational activities to do in the Arcachon basin
Top 5 Most Moving Objects at the Utah Beach Landing Museum
10 destinations to go with a baby
Top 10 wonders of antiquity that you can still visit
10 tips to keep your kids busy during the holidays
The best sun destinations in Europe for an extended weekend 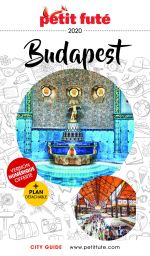 Winter is indeed here but, despite the cold and grey weather, you want to pack your suitcases more than ever? Very good ...

Budapest, a cultural destination and trend

Budapest, the Hungarian capital, shines through its three entities: Óbuda, Buda and Pest. Between the Danube and the ...

The Basics of Budapest

Nicknamed "the pearl of the Danube", Budapest has nothing to prove of its splendour. Its rich past, both intellectual ...