Although it is a small country, it is home to a variety of remarkable landscapes with low mountains in the northwest, a large plain in the east, the beautiful Danube, rivers and lakes including the immense Lake Balaton, the largest in Central Europe, a popular holiday destination for the region's residents. In addition, there are cities and villages with a prestigious historical heritage, including its capital Budapest, divided in two by the Danube. Hungary keeps the traces of the Ottoman domination and especially that of the Austrians. You can vary the pleasures by discovering the Old Village of Hollóko and its region, the Hortobágy National Park, the magnificent Benedictine Abbey of Pannonhalma, the Early Christian Necropolis of Pécs and Fertö, not to mention stopping in the Tokaj wine region where you will understand that Hungarian wines can be excellent. The destination has many World Heritage sites and is home to Europe's largest synagogue, the Basilica of Esztergom, the third largest church in Europe, sumptuous thermal baths, and with the Gödöllo, the second largest Baroque castle in the world. Among the local specialities, you will find in the restaurants tasty soups, meat stew, chicken with paprika and many spicy desserts. But don't forget your tourist guide to guide you and help you in your choice of itinerary.

What to visit Hungary?

When to go to Hungary?

Hungary has a high tourist season from mid-June to the end of October and a low season the rest of the year. Some youth hostels, panziós, restaurants, campsites, museums close during the low season, especially around Lake Balaton. Museums, sites and tourist offices have extended hours during the high season. Room prices in high season then increase by an average of 30%. There are three other short "peak" periods that mainly affect Budapest: the F1 Grand Prix in the suburbs of Budapest (in July or August) - prices double -, the Sziget Festival in August (in Budapest) and finally Christmas and especially the New Year. Some establishments in Budapest charge mid-season prices just before the start of the high season. From 31 October to 31 March, several hotels offer the 4th night free of charge (Budapest winter invitation). Among the attractive dates that can motivate your visit are the big New Year's concert at the National Opera or MUPA (Budapest), the Mohács Carnival in February, the Budapest Spring Festival and in several provincial cities (second half of March), the street theatre festival in Pécs (July) and from 10 July the Balatonsound festival in Zamardi, on the shores of Lake Balaton. In addition, on August 20, Saint-Etienne's Day is celebrated throughout the country. Then, at the beginning of September, it is the international wine and champagne festival, in the Château district of Budapest. Finally, in December the Christmas market is held in Budapest and all over Hungary

Hungary enjoys a temperate continental climate. Winter rather harsh, often snowy, hot summer, even very hot, sometimes stormy. Pleasant and sunny mid-seasons (with more or less rain). January is the harshest month of the year with an average temperature of 4°C. Winter in Budapest is rather harsh with a little snow. Mid-seasons are the most pleasant. Autumn can be a true Indian summer.

The euro is accepted in most hotels and restaurants. Do not change your euros on the street, prefer exchange offices rather than banks. Only major hotels, restaurants and retail chains accept international credit cards. Hungary remains an inexpensive destination. The prices of tickets and services are relatively moderate (museums, shows, concerts, baths...). Be careful with the invoice in high-end restaurants.

EU nationals wishing to travel to Hungary for stays of less than 90 days do not need a visa. A valid identity card or passport is sufficient. After 90 days, you will need to apply for a residence permit from the Hungarian authorities

No particular health risks in Hungary and a good quality health system. No vaccination is required. However, it is recommended to get vaccinated against influenza during the transmission period, against tick-borne encephalitis and to check if you are up to date with your D. T. Polio vaccines.

How to go to Hungary? Our advice & tips

There are many weekend or weekday proposals (flight+hotel+meals+visits) in Budapest. Stays that also allow you to discover a particular region, go hiking or enjoy a stay on the shores of Lake Balafon, or even take a cruise on the Danube. This is a good formula if you want to do nothing yourself

The destination is safe and inexpensive, ideal for going alone and planning your stay. Low cost flights to Budapest are numerous, especially in summer. On site, you can rent a car or take advantage of an efficient and inexpensive public transit network. Cycling and hiking are a great way to explore the wilderness. Hungary is touristy enough for you to find accommodation easily.

The country is small in size, easy to travel. The motorway network is of good quality, secondary roads less. To use the motorways you will need to buy a vignette available at the motorway entrances and at petrol stations. The bus network is well developed and connections are frequent. Long-distance buses are clean and in good condition, but often late. River cruises are possible between Budapest and Szentendre, Visegrád and Esztergom.

Prepare for your trip Hungary

Budapest and its surroundings

The Tour of Hungary 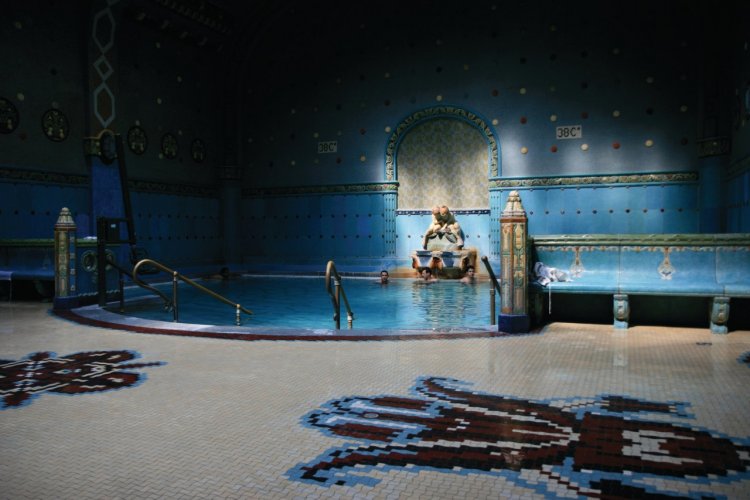 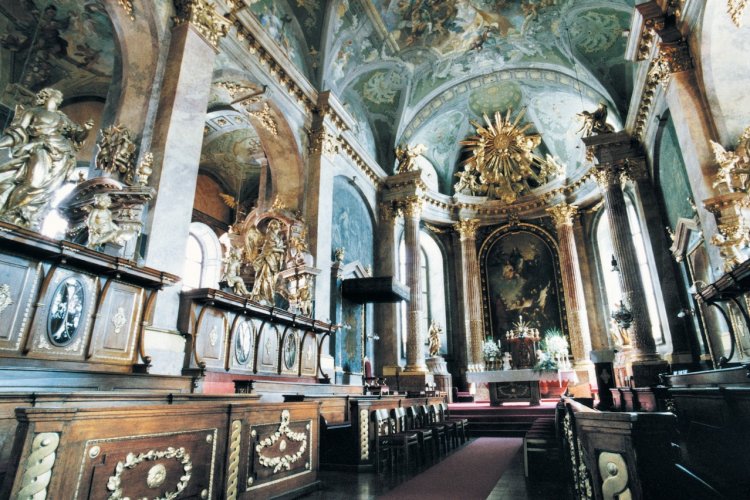 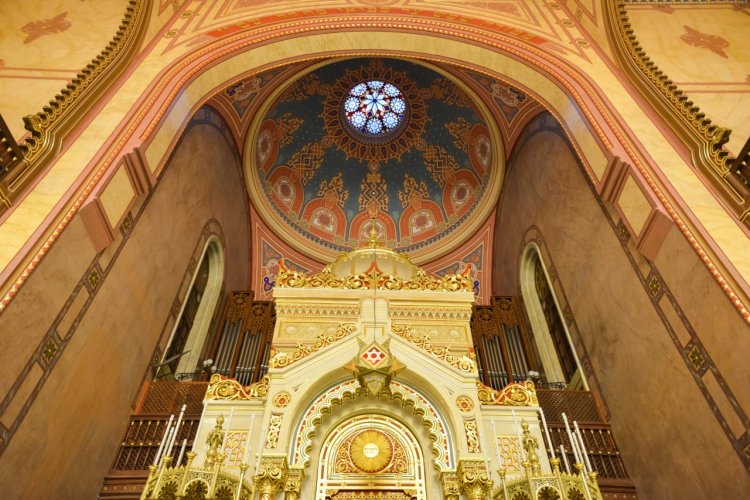 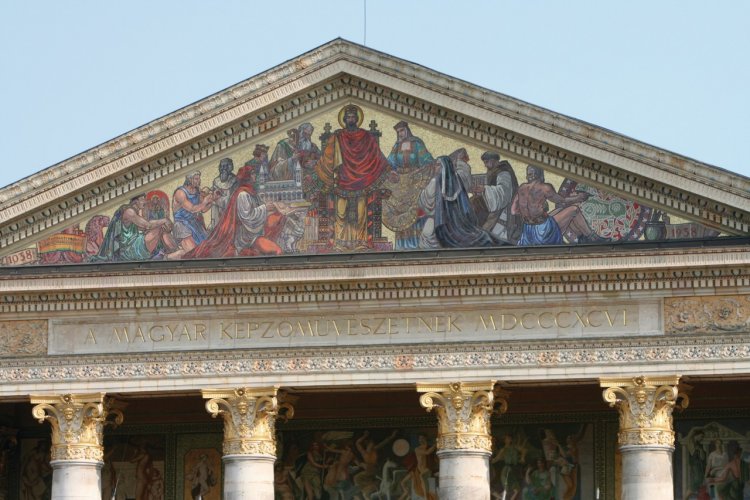 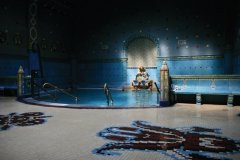 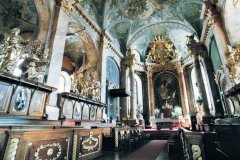 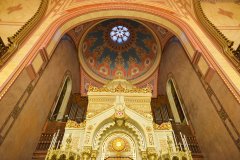 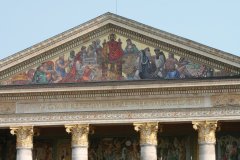 Hungary has a high tourist season from mid-June to the end of October and a low season the rest of the year. Some you...
Read more about it

The euro is accepted in most hotels and restaurants. Do not change your euros on the street, prefer exchange offices...
Read more about it

EU nationals wishing to travel to Hungary for stays of less than 90 days do not need a visa. A valid identity card or...
Read more about it

No particular health risks in Hungary and a good quality health system. No vaccination is required. However, it is re...
Read more about it

The destination is safe and inexpensive, ideal for going alone and planning your stay. Low cost flights to Budapest a...
Read more about it

There are many weekend or weekday proposals (flight+hotel+meals+visits) in Budapest. Stays that also allow you to dis...
Read more about it

The country is small in size, easy to travel. The motorway network is of good quality, secondary roads less. To use t...
Read more about it

Going on holiday in Europe while keeping your budget under control? It is quite possible. Of course, to go on holiday without breaking the bank, you can use flight comparisons and book your accommodation in advance, but it is also interesting to find out what the local prices are: for restaurants, leisure activities or even car hire. There is no doubt that as soon as the health situation is more favourable to travel without question, many ...

Genghis Khan, ruthless builder of one of the world's largest empires

As everyone is beginning to plan their future holidays again, most likely in France, Le Petit Futé offers you the opportunity to delve back into the history of the world's great conquerors, to travel beyond our borders from home. Today, let's head for Asia and Mongolia to take an interest in the one who is said to have built the world's largest empire from the Caspian Sea to the Yellow Sea: Genghis Khan. At the beginning of the 13th ...

River cruising without a licence: the French concept exported to Europe

Among the different ways to travel, river cruising is increasingly popular with families and groups of friends. You don't need a boat license to get on board and travel through cities and beautiful countryside with peace of mind. If France, with its many rivers, is a favourite territory for indulging in the pleasures of river cruising, other European countries have taken a strong interest in the concept, aware that it represents an ...