A wind of madness swirls around Mardi Gras announcing, with the bugle of the brass bands, the carnival season. Millennia old, the tradition hasn't aged a day. On the contrary, it allows you to fall back into childhood every year, accompanied by all the joyful drills of France and Navarre. Masks, float parades, musical parades, balls, bugles and confetti: a miracle recipe to break the monotony of everyday life since the only rule of carnival is that anything goes! Arm yourself with enthusiasm and good humour to join the carnival gangs of Dunkirk Dunkirk, a city with a strong identity, remains deeply attached to its traditions and values. The carnival, from January to March, brings the colours and warmth that winter lacks and establishes more than ever the pride of being Dunkirk.

The art of partying..

Are you already planning a double fleece disguise to celebrate the carnival in Dunkirk? Drop the fleece: the people of Dunkirk have a sacred gift for warming up an atmosphere, or even setting it on fire. Only the umbrella is the only one that is required here, but because it is part of the parade : as is customary, the carnivals or masquelours parade the bergenaere, "umbrellas", high up. In the North, the carnival has remained a real popular festival in which the whole region participates. Unlike in Nice, you are not a spectator of the carnival but an actor. Fantasy, exuberance and the joy of sharing this temporary madness: Dunkirk best illustrates the carnival spirit.

The tradition is more directly linked to the maritime past than to religion: it was originally the foye ("feast") in honour of sailors before they embarked on a perilous crossing to Iceland. Little by little, the merry trawlers took over the streets rather than the taverns until they formed the famous "Visscherbende", the Fishermen's Band. The Band has become the sacred rite of the processions that swell every year according to the participants: tens of thousands of people now parade line by line, uh... band by band!

The region doesn't do things by halves: the festivities last 8 to 10 weeks, with a three-day peak, called "the Three Happy Days", at the time of Mardi Gras. This appointment is eagerly awaited: the disguises are prepared weeks in advance, the make-up is meticulously worked, the umbrellas carefully decorated. Some people from Dunkerque go so far as to take time off to participate in this week of fête ; this will also be the time for you to be there. One of the golden rules is to come in disguise or you will have no hope of penetrating the gangs. Don't expect to recycle your beautiful Queen of Sheba costume: what counts here is humour and all that the imagination can do with old bits of tissu ; locals call it the art of clet'che, or "disguise".

There are three main stages: the parades or mob of masks in the afternoon, the balls in the evening and the "chapels" which provide the idle time in between. By chapel, you mean a pilgrimage of the gullet: the bands invite themselves to the inhabitants' homes, bars and bars to quench their thirst and regain their strength. Don't be mistaken if in these moments you are accused of being "criminal", in carnival it means drunk!

The parade procession has its customs, they must be known and respected. As soon as the drum beats the rappel, the masquelours take each other arm in arm to form the lines. Front row seats are the most coveted. To all the twigs, abstain: they are reserved for the big guys whose job it is to protect the musicians who follow. The crowd follows the fanfare in cadence, taking up the traditional songs at the top of their voices. Don't be surprised when it's time for heckling: when the music gets catchy, the first lines get stuck while the next ones keep moving forward. There are impressive crowd movements, and not everyone knows in: "go for it"  !

Nice has its king, Dunkirk has its giant: the Reuze, protector of the city. This Scandinavian warrior is highly respected, he will not be burned, but will have a front row seat at Place Jean-Bart to admire the parades. When they reach the town hall, the municipal team throws 450 kg of herring at the festival-goers, a much appreciated custom... these Dunkirkers are crazy! The day ends with the "grand rigodon": the crowd gathers at the foot of the Reuze to sing the Cantate à Jean Bart, a hymn that the people of Dunkerque play hand in hand, one knee down and hat down.

The majority of the balls are payants , i.e. the organizing associations donate the profits to people in difficulty. Entrance tickets can be obtained at the tourist office and at various establishments in the town (information at the tourist office). The largest of them takes place in the Palais des Congrès in Dunkirk. If you prefer a more intimate atmosphere, go to the towns voisines : each has its own ball every Saturday evening and sometimes even on Sundays.

When? In the region, the festivities take place from 6 January to 8 April, but to see the climax of the Dunkirk Carnival, you should attend between 11 and 13 February

Getting there. By car (A25 from Lille, A1 from Paris, A16 from Belgium and Boulogne-Calais), by train or by plane (Lille-Lesquin airport), everything is possible

Useful. In order to best prepare your escapade for the carnival, the tourist office offers a package including accommodation, meals, bands and the ball. 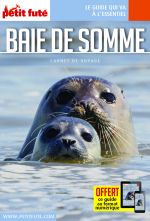 Taking a deep breath of fresh air in the midst of beautiful rural landscapes is a beautiful and gentle way to regain ...