Anyone who says that a trip to the Netherlands is monotonous is anything but an adventurer. This flat country of polders, with its vast green meadows where fat cows graze, interspersed with canals and dotted here and there with mills, is a land of battle. The Battlefields people have exhausted themselves to push back the sea to extend their territory, witnessing this historic struggle : the land of Zeeland which suffered the cataclysm of floods in 1953. A small country with crazy ambitions that has conquered the world and from Maastricht in the south, through Delft, to Groningen in the north, its beautiful cities offer many faces. The beautiful Maastricht, Breda the fortified one, the ancient Nijmegen, the : disconcerting and dynamic Rotterdam and especially the bewitching Amsterdam combine tradition and modernity with the image of the country. From east to west, from north to south, the traveller never gives in to boredom and keeps in mind the dreamy countryside of the province of Gelderland, the peninsulas of Zeeland where sky, land and sea merge around Middelburg, the beautiful historic city, the laughing valleys of Limburg, the immense flat expanses of Friesland dotted with bogs, ponds and swamps. As for Amsterdam, the Venice of the North, it is impossible not to succumb to the charm of this capital set on the waves, a tangle of canals with changing waters, like so many veins that flow towards its heart.

What to visit Netherlands?

When to go to Netherlands?

Early spring (April and May) is undoubtedly the best time to visit the Netherlands: if the air can be fresh then it is usually the driest time of the year and Holland is adorned with flowers in a thousand colours. The high season is in summer, but Amsterdam is a city that can be visited all year round. So plan to book your hotel nights before you leave! On the other hand, you will then be very numerous to visit the city and the queues of museums and attractions will sometimes seem endless.

However, the Netherlands can be visited very well in all seasons. In autumn and winter, the weather can be very variable, but the photogenic landscapes and the atmosphere in the cafés are unique and inescapable. Spring and summer probably seem like the ideal seasons to visit, but as everyone seems to agree, downtown is crowded and museums are under attack. The fields are then in bloom, the cultural activities outside are starting again.

The weather can change very quickly. In general, the Netherlands has a temperate ocean climate with high winds and short, unpredictable showers. There are rainy July months when the temperature does not exceed 20°C, but with a clear sky we reach 25°C and, as in any city in the south, people walk around in shirt arms. In winter, temperatures fluctuate between -1°C and 5°C on average.

Since 2002, the euro has been the currency used in the Netherlands. In recent years, the Netherlands has experienced inflation, particularly in the catering sector. From now on, the cost of living is roughly comparable to that of Paris, even if hotels are generally more expensive than in France. Note that drinks (alcoholic or non-alcoholic) are rather cheap.

Access to the European territory of the Netherlands requires a valid national identity card or passport (to the exclusion of any other document). Anyone aged 14 and over in the European territory of the Netherlands must be in possession of a valid identity document (passport, national identity card, Dutch residence permit, driving licence), which they must be able to present to the Dutch police forces at their request.

No vaccination is mandatory and no disease is to be feared. However, make sure your vaccinations are up to date. The Netherlands is renowned for being a clean, healthy country with a complete medical infrastructure. Moreover, the proximity of France makes repatriation easy and quick. Be careful, however, here you don't go to the doctor for a small bump or flu and prescriptions for drugs are not automatic.

How to go to Netherlands? Our advice & tips

The offer is diverse and varied to discover the Netherlands. Discover the Dutch countryside by bike, city escapades in Amsterdam, Maastricht or The Hague, romantic and cultural stays, a tour in the footsteps of Van Gogh: the possibilities are numerous. The destination lends itself to several types of stay. Given the variety of offers, prices are adapted to small budgets, but also to those who are looking for a charming stay.

It is very easy to go to the Netherlands alone, the transport networks ñ road, rail and air being very developed and the means to get there are numerous (plane, train, coach, car...). However, beware of pickpockets in tourist areas and large cities. Remember to book well in advance during the summer or during the holidays.

As far as air travel is concerned, the distances are so short in Holland that this mode of transport is unsuitable. But apart from flying, the main transport modes are easily accessible: train, bus, boat, car and bicycle. In large cities, the transport network is so developed that the car is not of much interest

Amsterdam in one weekend

Three weeks in the Netherlands, from south to north

Amsterdam for a weekend 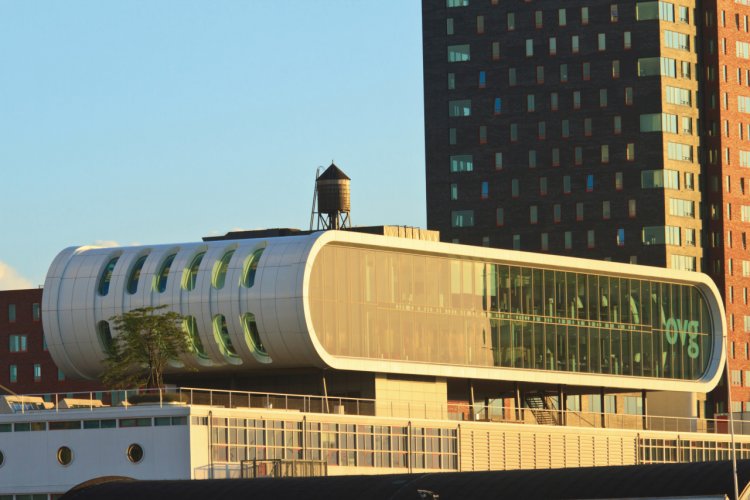 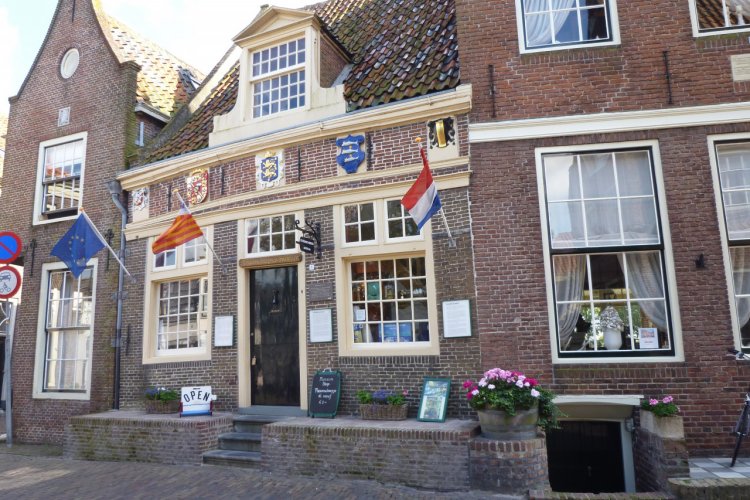 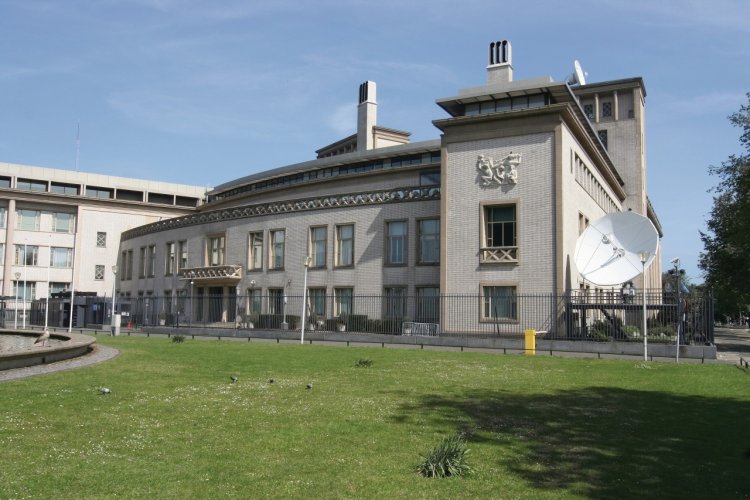 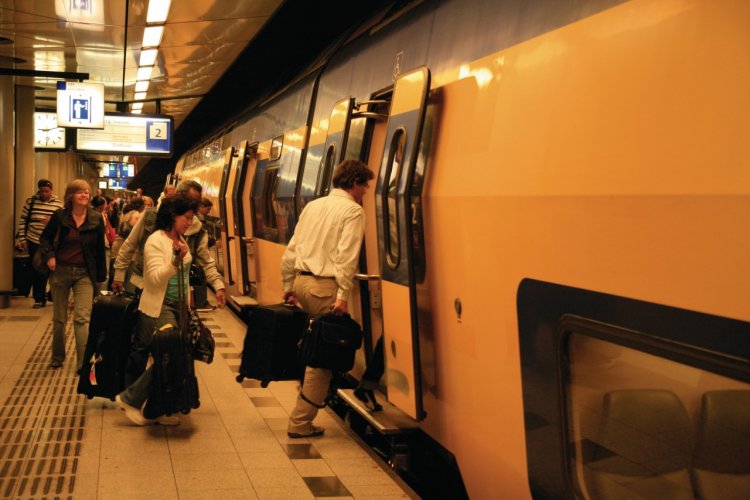 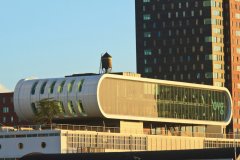 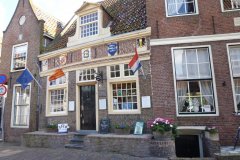 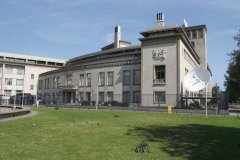 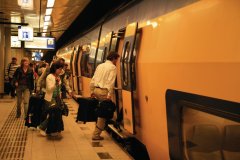 Early spring (April and May) is undoubtedly the best time to visit the Netherlands: if the air can be fresh then it i...
Read more about it

The weather can change very quickly. In general, the Netherlands has a temperate ocean climate with high winds and sh...
Read more about it

Access to the European territory of the Netherlands requires a valid national identity card or passport (to the exclu...
Read more about it

No vaccination is mandatory and no disease is to be feared. However, make sure your vaccinations are up to date. The...
Read more about it

It is very easy to go to the Netherlands alone, the transport networks ñ road, rail and air being very developed and...
Read more about it

The offer is diverse and varied to discover the Netherlands. Discover the Dutch countryside by bike, city escapades i...
Read more about it

As far as air travel is concerned, the distances are so short in Holland that this mode of transport is unsuitable. B...
Read more about it

A trip to Amsterdam is always a moment rich in discoveries. Its canals, its monuments, its brick houses, the city has a certain charm and the strolls through its neighborhoods allow to soak up its soul. As a city of culture, we don't forget to stroll in the alleys of the museums. Amsterdam is the perfect cocktail for a multi-faceted city trip, and we also appreciate the long shopping sessions, before stopping for a beer or a hot drink in a ...

The countries of Europe can boast of some superb villages. Peaceful, timeless places, where people like to stroll through the streets and alleys to contemplate the architecture, stop in a shop and sit at a good table. The villages can be perched on top of a hill, nestled between the mountains or situated on the edge of the sea or a lake. The surrounding nature helps to make them unique. From Central Europe to the South, the East and the ...

Amsterdam, canal walk and "Remember me" exhibition at the Rijksmuseum

Amsterdam has so many assets that it has long been one of the favourite getaway destinations for the French. Its network of 17th century canals is delicately designed in the heart of one of Europe's most beautiful heritages, its human scale and the tranquillity of its green spaces, cycling or pedestrian areas are seductive, the exceptional wealth of its museums and the multitude of its small vintage or deco shops attract. The Rijksmuseum, ...

Autumn is here, but that doesn't mean that we want to put aside our desire to get away from it all - quite the contrary! Back to school is also synonymous with interesting promotions in many hotels and other holiday resorts in France, but also elsewhere in Europe. It's an opportunity to enjoy the changing colours of the countryside in the mild autumn weather and to stroll through the towns and cities before warming up at nightfall with a ...