Unknown, Cape Verde is an archipelago of ten heavenly islands off the coast of Senegal, in the middle of the Atlantic Ocean. An African land with lush vegetation, it is a delight for lovers of wide open spaces preserved from mass tourism. From island to island, from São Vicente to Santiago, the traveller walks through virgin green mountains bathed in white sand beaches, with the enchanting melodies of Cesaria Evora, Mindelo's "barefoot diva" as a background sound. This paradisiacal setting is as striking during the impressive eruptions of the Pico do Fogo as it is during the discovery of its seabed, offering a whole range of memories to the curious traveller. Here are our 10 must-see attractions in Cape Verde, an archipelago to discover without further delay

Praia, a capital to know

It is certainly one of the most unknown capitals on the African continent, yet Praia is usually the first stop on a trip to Cape Verde and it would be wrong to underestimate it! Located on the southern coast of the island of Santiago, Praia is an authentic city, ideal for an immersion in the Cape Verdean way of life. Bordered by beaches, Praia has an interesting historical centre and an archaeological museum dedicated to underwater discoveries made in the archipelago

The island of Santiago, history and culture

The heart of Cape Verde, Santiago Island is the largest and most populated of the islands in the archipelago. It is home to a concentration of its history and culture. It was here that the Portuguese landed in 1460, giving birth to the Cape Verdean people. Santiago, a mountainous island, has infinite desert landscapes and charming fishing villages such as Tarrafal and its beautiful white sandy beach in the half-moon

The island of Fogo, literally "fire", is surmounted by the Pico de Fogo, an active volcano rising to 2,829 m. It is the symbol of the island, the inhabitants have adapted to its territory by developing intensive agriculture on lava: peanuts, apples, pomegranates or tamarins, everything grows on this soil which could seem infertile! At an altitude of 1,800 m, the central part of the volcano (Chã das Caldeiras) is an unforgettable place. The landscape of colourful houses in the middle of the ever-present black stone is unique: the inhabitants of Chã das Caldeiras are among the few people who live in the crater of a volcano that is still active

Boa Vista, the island of dunes

The landscape of the island of Boa Vista is dotted with sand dunes that came straight from the Sahara desert. Closest island to the African continent, Boa Vista is highly appreciated for its unspoilt beaches where turtles come to lay eggs and for its many activities such as kitesurfing or windsurfing, made possible by its particularly windy climate. A true haven of peace, Boa Vista is the ideal place for a relaxing stay.

The island of Sal, an arid landscape

The island of Sal, with its airport, is certainly one of the most visited in the archipelago. As its name suggests, Sal has developed in the past an important salt trade thanks to its salt works, which are still used today for various excursions. Pedra de Lume is one of the most visited sites on the island, especially for its brine baths that allow you to float effortlessly and its salt pans

São Vicente is one of the smallest islands in Cape Verde, but it is not the least interesting! Musicians, singers and dancers come in large numbers here to celebrate and discover its cosmopolitan culture, the result of the many exchanges that the island has maintained throughout its history. Monte Verde rises in the middle of this flat land and overhangs it from the top of its 774 m of altitude. It offers a very pleasant hike in the middle of agaves and sisals

Mindelo, the pearl of São Vicente

Cradle of Cesaria Evora, the "barefoot diva" who exported Cape Verdean music, Mindelo is undoubtedly the country's cultural and festive capital. We meet singers, musicians and other artists who came to discover his sweetness of life and share their works, especially in the city's small national craft centre. The centre of Mindelo is marked by its history, it is made up of various colonial villas and sobrados, Portuguese buildings. Also worth seeing, the replica of the Tower of Belem and the mythical Lisboa Street

The island of Santo Antão, a hiker's paradise

From steep mountains to steep peaks, the island of Santo Antão will satisfy the good walkers. The contrast of the landscape is surprising: arid lands in the south and green landscapes in the north constitute a natural setting of choice. Beaches are quite rare in Santo Antão, the coast being rather rocky, but we like to discover the richness of banana or sugar cane plantations and incredible giant ferns

The island of Brava is the most difficult to access, but also one of the most striking in the archipelago. The last step before facing the ocean to America, it is still not very popular with tourists and has a relatively small population: it is the ideal place to recharge your batteries. Its mountainous relief and very rich flora - hibiscus grow in large numbers - make Brava Island an exceptional land where fishermen will enjoy spending long hours on one of the five uninhabited islets.

The island of São Nicolau, the most secret

Often underestimated, the island of São Nicolau has splendid landscapes where nature seems to have regained its rights. It offers hikers and trekkers a wide choice of walks, particularly in its Monte Gordo Natural Park, which rises to 1,382 m. A luxuriant vegetation and rich cultures are to be discovered: maniocs, bananas, beans or tomatoes grow in large numbers on this fertile island 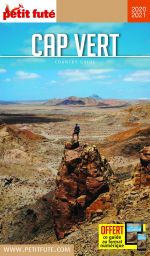 January is the month when you'd like to take a breather, after the frenzy of the holiday season and all that time spent ...

10 sports activities to do in Cape Verde

Off the coast of Senegal, Cape Verde is a prime destination. Its ten islands bordering the Atlantic Ocean enjoy a ...

While summer is still struggling to arrive in France, some countries enjoy an optimal level of sunshine all year round. ...