These 20 different landscapes are indeed in France!

If for your holidays you dream of a change of scenery, exotic architecture and colours: browse through our selection and you will be delighted! All these landscapes, which look like the end of the world, are located in metropolitan France, perhaps only a few kilometres from your home! From Brittany to Occitania via Auvergne-Rhône-Alpes, you will be amazed by the beauty of these postcards from France.

A simple stroll in the Jura, in Les-Planches-près-d'Arbois, will make you discover an exceptional nature, worthy of the most beautiful exotic landscapes! Clear waters, powerful waterfalls and lianas of all kinds form a setting conducive to relaxation and relaxation. The tufa waterfall is fed by the Cuisance, a river that rises a few kilometres further and resurfaces through cavities dug in the limestone rock to offer this impressive spectacle.

Only two hours from Marseille, the Gorges du Verdon is considered to be the largest canyon in Europe: the water flows more than 700 m below! It is a well-known site for outdoor sports enthusiasts who practice canoeing, hiking, mountain biking or climbing. Its turquoise water and cliffs look like the Philippines, while keeping their Provencal look thanks to the surrounding lavender fields. What more could you ask for?

Would you like to go to the Amazon? For a foretaste, go to the Puy-de-Dôme! The meander of Queuille can be admired from a belvedere called "Paradise". Indeed, what takes place 200 m below is divine! The Sioule river surrounds the Murat peninsula and its green vegetation with its intense blue. Its perfect curves and tranquility ensure magic and a change of scenery for anyone who ventures there

The sculpted rocks of Rothéneuf, Ille-et-Vilaine

The Rothéneuf district of Saint-Malo, which looks like Easter Island, is in fact the work of Abbé Fourré. Following a long illness that left him mute, this priest took refuge in granite sculpture and produced more than 300 figures! All inspired by the legends of the Rothéneuf, a family of corsairs, they represent sea monsters or often frightening characters. An outstanding open-air museum facing the sea

This lake in the Languedoc hinterland looks like an Australian outback. Vast expanse of water in the middle of hills of red ruffles and black basalt of volcanic origin, it's a real palette of colours! Created by man in 1960, it allows the irrigation of the surrounding crops. There are many vineyards and lucque olive trees. Nautical bases also allow to practice several outdoor activities, around or on the lake

Located in the Armorique Regional Nature Park, the Crozon peninsula is one of the treasures of Finistère. Its indented coasts and steep cliffs plunged into the Atlantic contrast with the softness of its sheltered areas where pine trees, heather and creeks with turquoise waters give this Breton land a Mediterranean feel. Yet here, it is indeed the ocean that invigorates the air and the spirits!

When it comes to dream landscapes, Brittany has a lot to offer! The Glénan archipelago will delight lovers of idleness as well as sailing and swimming enthusiasts. Transparent waters, white sandy beaches and exceptional flora: no, you are not in Polynesia, you are in Finistère! Easily accessible from Bénodet or Concarneau, the Glénan archipelago has a dozen islands and numerous islets

Between the sea and the mountains, a few kilometres from Ille-sur-Têt, the organ site offers a unique landscape, naturally shaped in 5 million years. Time and erosion have indeed given rise to astonishing shapes in the soft rock, sculpting what are now called "fairy chimneys". Water, sand and clay have also coloured the stone ochre, red or yellow. This place exudes a magical, almost unreal atmosphere.

Looking at the pictures, you'd bet he's in Cambodia, or maybe Laos... Well, he's not! This incredible palace was built in Hauterives, in the middle of the Drôme! It took the postman Ferdinand Cheval 33 years to build the extravagant residence of his dreams. The Ideal Palace is today classified as a historical monument and considered a masterpiece of art brut

A geological curiosity, the Ochre Trail is laid out in a quarry with intense colours, from white to red through a shades of brown. It is located in Roussillon, on the largest ochre deposit in the world. The route is marked out and suitable for everyone. It leads to the "Giant's Causeway", a path surmounted by needles sculpted by erosion. Don't be afraid to wear shoes because ochre is very dirty!

In the middle of the Saône-et-Loire, in La Boulaye, stands the Paldenshangpa Buddhist temple. Built by two Frenchmen in 1974 on the model of the first Tibetan temple, this exotic site lends itself to a simple visit but also to a spiritual retreat or Buddhist teaching - courses are provided throughout the year. A foretaste of Asia just an hour from Chalon-sur-Saône!

If you liked Gaudì's architecture in Barcelona, go to Chartres to visit the Picassiette house! The house owes its name to the habit of Raymond Isidore, its owner, of recovering broken crockery to make ornamental mosaics. Very quickly, he covered his entire house, from the walls to the furniture, with small earthenware and porcelain tiles. An unusual and exotic house!

The nature reserve of the Lavezzi Islands is one of the jewels of South Corsica. This protected site with crystal clear waters has, out of season, the appearance of the end of the world. Reservoirs of biodiversity, the seabed of these 23 islands is a paradise for divers who admire a flock of fish and dolphins. A unique archipelago constituting the southernmost point of mainland France, just a short distance from Sardinia.

The Oriental Park of Maulévrier, Maine-et-Loire

It was at the end of the 19th century that Alexandre Marcel, an architect with a passion for orientalism, built this 29-hectare Japanese garden. It is the largest in Europe! Strolling through it is an invitation to travel, especially during the hamami period when the cherry blossoms form a bucolic setting. Night visits offer an enchanting view of this park located not in Tokyo but in Maulévrier!

Lake Lispach is the ideal place to recharge your batteries in the Vosges. This 10-hectare lake surrounded by pine forests reminds us of the landscapes of Canada and their vast expanses where nature is still queen. Before visiting the great Canadian lakes, a stopover at Lake Lispach in the Bresse region will put you in the bath! And, to train your calves, you should also know that there is a trail that goes around the lake in an hour and a half

The cliffs of Etretat, on the other side of the Channel

While admiring the cliffs of Etretat, one does not know very well if one is still in France or already across the Channel! This wall, which runs along the Albâtre Coast from Cap de la Hève to Dieppe - the most beautiful section of which is in Etretat - resembles the cliffs of British beaches. But the charm of Étretat and its needle remains unique. A site not to be missed during a trip to Normandy.

What a surprise when, during a stay in Ardèche, one discovers the Tchier de Borée! This unique site gathers 70 dolmens posed here and there, in the manner of a miniature Stonehenge. But where do they come from? What do the hieroglyphics that adorn them mean? In fact, it is not a prehistoric heritage but a contemporary work paying homage to local mythology and history. A surprising and timeless site.

The plateau of a thousand ponds, Haute-Saône

It is one of the most beautiful sites in the Ballons des Vosges Regional Nature Park. The plateau of a thousand ponds is located in Haute-Saône but is nicknamed "Little Finland", in reference to the land of a thousand Finnish lakes. You can discover the ponds and peat bogs that shape the landscape of this plateau thanks to the Thousand Ponds Road and its many hiking trails. A paradise for walkers in all seasons.

The Dune of Pilat, a semblance of desert

A masterpiece of nature, the Dune du Pilat is no longer presented, as its fame is so great! This sand mountain - the highest in Europe, by the way - offers a sumptuous view of the Arcachon basin and the ocean as it begins its ascent. At sunset, the experience is exceptional. A dune which, although very busy during the high season, seems to come straight from the Sahara Desert!

The circus of Gavarnie, nature's colossus

The circus of Gavarnie, in the Hautes-Pyrénées, is so impressive that Victor Hugo called it a colossus of nature. This 1,500 m deep glacial cirque is home to one of the largest waterfalls in Europe, 427 m high. Surrounded by mountains, this bucolic landscape, classified as a UNESCO World Heritage Site, looks like the end of the world but is actually located in France, on the borders of Spain. 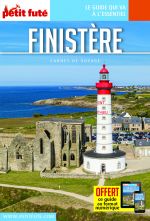 Private sales of travel: a multitude of destinations at low prices

Enjoying a stay in a top-of-the-range hotel in a major European city, spending a week in an all-inclusive package near a ...

The electric scooter, an ideal means of transport for holidays

When preparing the future holidays, we think first of all about booking train tickets and accommodation. However, we ...

Lyon and the Festival of Lights 2021, beautiful walks in perspective

Ah, Lyon and its Festival of Lights... This is quite simply one of the biggest festivals in Europe with no less than 3 ...