Even if now is not the time for long and long journeys, it is certain that as soon as the health situation allows it, many of us will fly to faraway destinations. Especially to get the sun, the sea and the pleasure of spending time on the most beautiful beaches in the world. However be careful, it is not good to settle down on all the beaches of the globe to swim. The reason? The presence in the waters for some of them of one of the most feared marine animals: the shark! Here are 10 shark-infested beaches where it is best to think twice before putting your toes in the water

A French department located in the Indian Ocean, Reunion Island attracts tourists in large numbers who come to enjoy its mild climate and breathtakingly beautiful landscapes. For swimming, the island is unfortunately known to be regularly attacked by sharks, particularly by tiger and bulldog sharks that swim not far from the coast. Since 2011, Reunion Island has suffered 27 shark attacks, 11 of which have been fatal. In 2019, the beach of Saint-Leu was among the places where one victim was reported. So be careful when going for a swim in Reunion Island, it is important to find out about the beaches and lagoons which benefit from anti-shark nets

In Recife, Brazil, Boa Viagem beach is located in the southern part of the city. It is an urban beach, 7 kilometres long, which attracts people who come to enjoy the sand, the sea and the many activities available around it. However, the disturbance of the ecosystem has brought sharks closer and closer to the coast of Recife, and therefore pose a danger to swimmers. More than 60 people have lost their lives on this beach, in particular for not following the instructions of the rescuers. Vigilance is therefore required and care must be taken not to go further than when the water reaches the abdomen.

We love South Africa for the great encounters it offers with wild animals, and especially for the time spent watching the Big Five. But along the coasts, we would gladly do without the encounter with this animal: the great white shark. Gansbaai beach is located about 100 km south of Cape Town, and it is highly recommended not to walk alone in the sea. It is in a way the "capital" of the white sharks in the world. So for all those who still wish to go and meet the marine fauna on this beach, it is advisable to go through an agency that organizes safe excursions.

4- The beach of New Smyrna in the United States

In the United States, Florida is often one of the preferred destinations for those who wish to enjoy mild temperatures and the sea. Among the beaches, New Smyrna Beach is best avoided. A number to tremble at? It recorded no less than 16 shark attacks in 2018 and the average was 30 per year over the previous five years, enough to make you think twice before setting foot in the water. Their preferred target, as in many other parts of the world, remains surfers. Come on, there's some consolation, though, as Florida has many other beaches where it's safer to swim

5- The beaches of Cat Island in the Bahamas

In the Bahamas, Cat Island is rich in historical monuments and natural attractions. There are a multitude of hikes that reveal a variety of beautiful flora and fauna and charming churches. However, when it's time to swim for refreshment, it's best to be careful, as its waters are infested with sharks, especially in the area of the oceanic trench known as the "Tongue of the Ocean". It is therefore scrupulously recommended to be careful and to check with the locals the least dangerous places, while keeping in mind the idea of not going too far away

Back to South Africa on the southeast coast. In Port Saint Johns, Second Beach has a dream setting that invites you to relax, but it is best to avoid it, as it is simply one of the most dangerous beaches in the world. It is the bulldog sharks that enjoy navigating its waters, and there is a legend that they are attracted by the blood spilled on the beach during animal sacrifices by traditional healers. Or maybe it's the sound of music from the revellers! Either way, it's best to avoid swimming there

7- The beaches of Fraser Island in Australia

Fraser Island is off the Queensland coast. It is the largest sand island in the world. This unique place has been a UNESCO World Heritage Site since 1992. However, be careful if you want to go there to enjoy a few swimming sessions, as its waters are infested with sharks, including the dreaded tiger sharks. Be careful not to let children venture to the water's edge, as the sharks are used to coming very close! Vigilance is therefore essential, even on land, as it is also common to come across dingoes on the sand

If one would tend to believe that one can swim safely in the northern part of the United States, well it is not so in the case of Newcomb Hollow beach in Massachusetts! In recent decades, seal numbers have increased dramatically in the area, bringing one of the world's most feared sharks to the area: the great white shark. Although shark accidents are rare, swimmers and surfers should remain cautious, even though lifeguards have been trained to provide first aid in the event of an attack.

9- The beaches of the island of Oahu in Hawaii

In the Hawaiian archipelago, the island of Oahu is a real little paradise on Earth. But beware of all those who come here to swim. Of course, by being careful and following a few recommendations, it is always possible to swim in safe corners, but the presence of sharks is very real. Tiger sharks are present in large numbers and in 2019, a six-metre long great white shark approached the coast ofOahu. Even though some divers have had the luxury of swimming alongside it, all visitors to the archipelago are advised to remain cautious!

Located south of the main island of Viti Levu, Beqa Island has a lagoon of breathtaking beauty. Of course, this is enough to make you want to spend long hours sunbathing and swimming. With its miles of reefs, the contemplation of corals is an activity not to be missed under any circumstances, the colors are striking. But beware, the Beqa lagoon is also renowned for being home to no less than eight different species of sharks. Bulldog sharks, grey sharks, nurse sharks and occasionally tiger sharks. So be careful when you want to swim in the open sea. Swimming with the sharks is possible, but it is advisable to participate in professionally supervised excursions 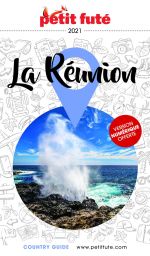 For many of us today, retirement means a new beginning. And we can quickly become envious of elsewhere. A change of ...

This year, it's decided, we're going green! But not just anywhere! While being attentive to our carbon footprint and ...

The cold has indeed arrived with its share of snow, hail and icy rain. But this bad weather does not stop travellers! On ...

Reunion Island, an "intense" island, the word has not changed and remains engraved in everyone's memories. Between the ...