While history has been redrawing Ukraine for several years, everything changes at the end of February 2022 with the invasion of the country by the Russian armed forces. The echoes of periods of significant historical and political change were already resonating globally: the events of Maidan in 2014, the loss of Crimea to Russia and the war in the Donbass. Putin's desire to make Ukraine disappear as an independent state is coming to light. As a tourist guide, The Little Traveller has explored the contrasting regions of Ukraine, from its mountains to its vast plains, from its quiet sea to its bewitching cities... The Little Traveller wishes to express its support to this people made of two strong identities, with their own language and mentality: the agricultural and Europe-oriented Western Ukraine and the Russian-speaking and industrial Eastern Ukraine. We hope to be able to return soon to Kiev, whose center, full of monasteries and sacred places, expresses all the fervor of its citizens, from the enigmatic district of Podil to the wooded streets of Khreshchaty. In the west, the "Mitteleuropa" streets of Lviv honor the Polish and Austro-Hungarian influences of the Ukraine, not to mention the ancient cities like Chernivtsi that the Carpathians watch over in the distance... Cosmopolitan Odessa dominates the south of the country, with its beaches on the Black Sea, while towards the east the Dnieper lands run. As its anthem sings, "Ukraine is not yet dead".

What to visit Ukraine?

When to go to Ukraine?

When to go to Ukraine? While the country has a temperate continental climate, its size is such that the weather varies enormously from one region to another. Similarly, temperatures in summer and winter show an average difference of 30°C, with rainy summers (July and August in particular) coupled with high temperatures, while winters are long and quite harsh. The best time to go to Ukraine is undoubtedly spring: the trees are in bloom, it is not yet the high tourist season and rain is not very frequent. Indeed, in summer, you may find yourself stuck tight on the beaches of Odessa and pay more for your accommodation. If you want to go there in winter, bring warm clothes as the average temperature is around 0°C. So when to go to Ukraine? From the end of April to the beginning of June!

The country's temperate continental climate, due to its vast size, does not give an accurate picture of the weather in Ukraine. The winter (although less severe in the south of the country) lasts five months, is quite harsh and is punctuated by snow and dust storms. After the heavy rains in March, summer sets in and temperatures in Ukraine reach 20°C, and even 30°C in August. In Odessa, the Mediterranean climate trend is causing mercury to rise even more

The currency is the Hryvnia (UHA). Ukraine is a "developing" country and the average monthly salary is around 200 €. A relic from the Soviet period, food, cigarettes, public transport do not cost much. On the other hand, when it comes to tourism, prices skyrocket. In Kiev, a hotel room is at Parisian rates, and good restaurants will seem quite expensive, so learn some basics of Ukrainian and get off the beaten track!

Since 1 May 2005, visas are no longer required for EU and Swiss nationals for a stay of less than 90 days. For any stay longer than 90 days, a visa is required. To obtain a visa you must present to the Ukrainian Consulate a file containing: a valid passport whose expiry date is at least 3 months after the expiry date of the requested visa, a visa application form, two identity photographs, a bank cheque in payment of consular fees (the amount varies between 59 and 139 € depending on the visa requested), an invitation issued by the competent Ukrainian authorities.

No special vaccines are required to enter Ukraine. However, it is important to check that your regular vaccines are up to date and to take your own medicines with you if you are on a specific treatment. Hospital and medical facilities work well but are sometimes obsolete. Except in mountainous areas, tap water is not drinkable in Ukraine. We therefore prefer filtered or bottled water.

How to go to Ukraine? Our advice & tips

Ukraine can be discovered in several ways: a tour accompanied by a week (or two) or a short getaway via a cruise and a seaside stay, there will be something for everyone. The specialists also offer the necessary services to organise stays according to your wishes.

You will have no problem getting to Ukraine. Airlines frequently fly from France to Kiev. For a flight from the major French cities it takes at least three hours for about 250 €. For the best rates in high season, buy your tickets six months in advance. The same approach is recommended for housing.

The main airports are Kiev, Lviv, Dnipropetrovsk, Kharkiv and Odessa. However, the train, more than the bus, is ideal for long journeys: the network, even if obsolete, is well developed and makes it possible to reach any locality in the country. Ukraine being divided in two by the Dnieper, it is also good to sail there, many boats crossing the river from Kiev at low prices. In the capital, the metro is a good choice, as is the taxi.

Kiev and Odessa: one week

Kiev and Lviv: one week

Kiev and Poltava: one week 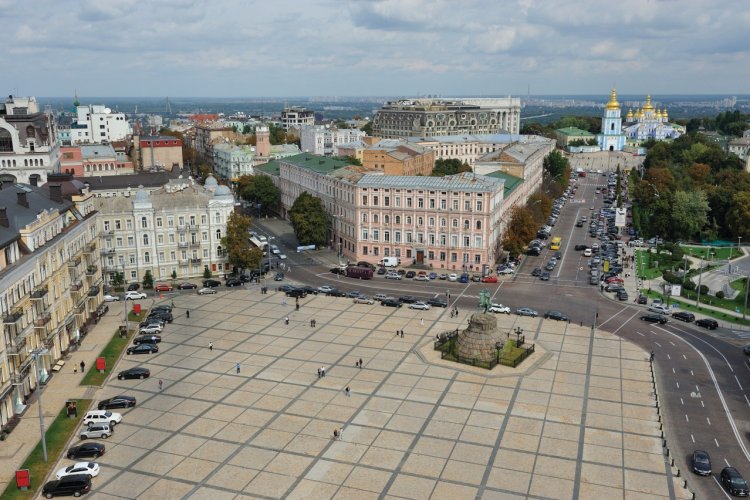 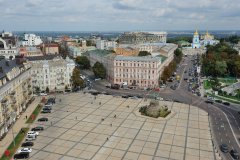 When to go to Ukraine? While the country has a temperate continental climate, its size is such that the weather varie...
Read more about it

The country's temperate continental climate, due to its vast size, does not give an accurate picture of the weather i...
Read more about it

The currency is the Hryvnia (UHA). Ukraine is a "developing" country and the average monthly salary is around 200 €...
Read more about it

Since 1 May 2005, visas are no longer required for EU and Swiss nationals for a stay of less than 90 days....
Read more about it

No special vaccines are required to enter Ukraine. However, it is important to check that your regular vaccines are u...
Read more about it

You will have no problem getting to Ukraine. Airlines frequently fly from France to Kiev. For a flight from the major...
Read more about it

Ukraine can be discovered in several ways: a tour accompanied by a week (or two) or a short getaway via a cruise and...
Read more about it

The main airports are Kiev, Lviv, Dnipropetrovsk, Kharkiv and Odessa. However, the train, more than the bus, is idea...
Read more about it

Conflict in Ukraine: how to help and support Ukrainians?

For 6 days now, the war has returned to the borders of Europe, as Russia decided on February 24 to invade Ukraine. Several cities are being bombed and fighting is taking place in the streets. The Ukrainian army and a large number of civilians are trying to resist the onslaught of the Russian army, but as everyone fears, there are already several casualties. Some 500,000 people have also left the country and more are expected to ...

10 organizations to support to help the Ukrainian population

On February 24, Russia made the decision to invade Ukraine. Since that day, a terrible war is taking place on the borders of Europe. The conflict has already claimed hundreds of victims and injured many others. To date, more than 500,000 people have been forced to leave the territory to seek refuge in neighboring countries. The European Union, in addition to sanctions against Russia, has launched an emergency plan to receive refugees. To ...

Around the world, kings and presidents often occupy grandiose palaces of incredible beauty. Architectural splendours in a variety of styles from one continent to another. Some remain closed to the public, but for others, it is possible to admire them up close, or even go inside for a visit. From Europe to Asia and South America, The Little Witty has selected for you 10 of the most beautiful palaces of kings and presidents in the world, ...