To the west of the immense Russian Federation, bathed by the Moskva River, Moscow is the capital and seat of the Kremlin, the residence of the President, which houses the tsar's treasures in its Armoury Palace. The Kremlin occupies Red Square, where various historical symbols are concentrated: Lenin's mausoleum, the State Historical Museum with its rich collection and the Cathedral of Saint Basil the Blessed with its colourful bulbous bell towers. From Red Square take Tverskaya Street, the most chic street in the city with designer shops, cafés and luxurious restaurants. Greet the statue of Pushkin through Pushinkaya Square. In this district, you have other must-see places such as the Bolshoi Theatre and the Place des Cathédrales, which bears its name well for its bulbous forest and the presence of sumptuous cathedrals, that of the Archangel Saint Michael, that of the Annunciation where only tsars could enter and the oldest is that of the Dormition where they were crowned. Enjoy Gorky Park, the city's most popular park with its rides, walks, cafés and romantic pond. Enjoy the sunshine of summer or the magic of winter, Moscow is a modern, university and cultural city where something is always happening. Night owls will be able to visit bars and discos and enjoy the crazy nights of the capital on the famous Arbat Street, illuminated and lively until the early morning.

The must-see places in Moscow (Москва)

When to go to Moscow (Москва)?

Most tourists visit Moscow between June and September, it is the time of the Volga river cruises and the high tourist season when foreign and Russian tourists come together. But the other seasons are also pleasant, especially the heart of winter when Moscow shines under the snow and the lights. Russians are eagerly awaiting the New Year's Day celebrations. The first week of January is a public holiday. It is a time of celebration and cultural programming. And if during the Soviet period Christmas, a holiday considered religious, was overshadowed, now the influence of traditional Eastern European festivities has been felt and Christmas markets begin in mid-December and end in late January. You will find many handicrafts there. In winter, it is also the opportunity to enjoy the largest skating rink in Europe. It is not the prices that will influence your stay dates. Prices do not vary much from one season to another. However, there are price increases for hotels during Russian public holidays. That is, mainly in early May and during the first week of January.

In Moscow, it is the continental climate that dominates. Given its latitude, the average annual temperature is low (6.7°C). Winters are cold and long. The coldest month is February (-6.7°C on average) and temperatures are negative until April. The off-seasons (spring, autumn) are short. Summer is hot with temperatures that can exceed 30°C. The hottest month is July (20°C on average).

The monetary unit is the ruble (RUB), subdivided into 100 kopeks. You can change or withdraw euros without any problem. Moscow is an expensive city, even very expensive! In reality, it is the hosting that costs the most. Sleeping in a private home is a less expensive option. In the Golden Ring, the price of housing is significantly lower. Transport is very cheap, museum admissions reasonable, restaurants more or less expensive. The price of the rouble affects your budget.

You need a visa to travel to Russia. The visa implies a formal invitation, which will be sent to you by fax from your hotel or the person who invites you to Moscow. You can also get it from an agency via the Internet. On the basis of this invitation, you will be entitled to a tourist visa for a maximum period of three months. You will also need to provide proof of an insurance contract covering you abroad. The insurance provided by the credit card or contracted when purchasing the flight ticket is sufficient. In the case of a tour package, we take care of the formalities for you.

No vaccination is required to enter the country. Tap water is not drinkable because it is too chlorinated or not treated enough because of lack of resources and investment. But you can always boil it or, like the Russians, drink plenty of tea and sparkling mineral water from the Carpathians. Be careful what you eat. Avoid public toilets, which are often repulsive. That said, Moscow's health system is one of the best in the world. You're reassured!

How to go to Moscow (Москва)? Our advice & tips

The right formula to visit Moscow. The ideal is an organized stay of one week, which is most often in the catalogue of tour operators. The formula is advantageous because hotel prices are negotiated and visits with wire cutters are effective. Important to see a maximum of things in a minimum of time. And you have no visa problems before you leave (the tour operator will take care of it for you), nor any problems related to your lack of knowledge of Russian on the spot.

You will not have any particular difficulty in organizing your stay in Moscow on your own. Low cost flights serve Moscow all year round. You will have to take care of your visa beforehand. It is possible, but not necessary, to book your hotel before leaving. On site, the metro will make your life easier.

The metro is the most practical, fast and aesthetic means of transport in Moscow. Avoid rush hour. Taxis are also available. In Moscow, all you have to do is raise your arm at the curb and an official taxi or private individual will stop. However, the private individual recognizes you as the tourist and the bill climbs accordingly. You can also take advantage of the urban bicycle rental network (300 stations and 2,700). In addition, the pedestrian network is growing more and more.

Prepare for your trip Moscow (Москва) 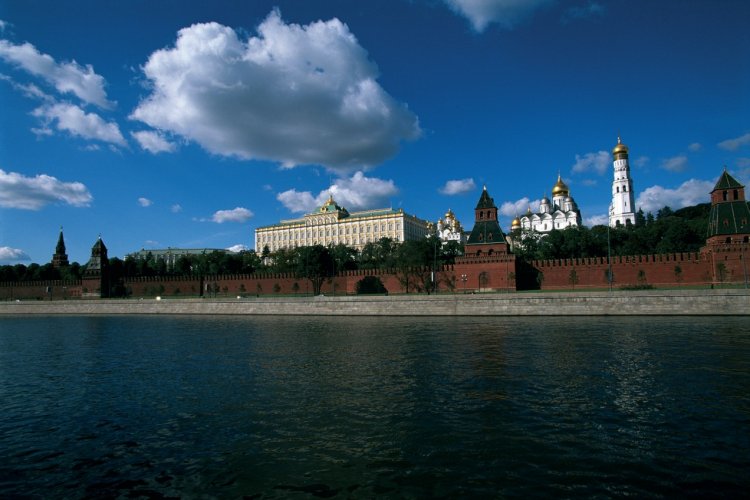 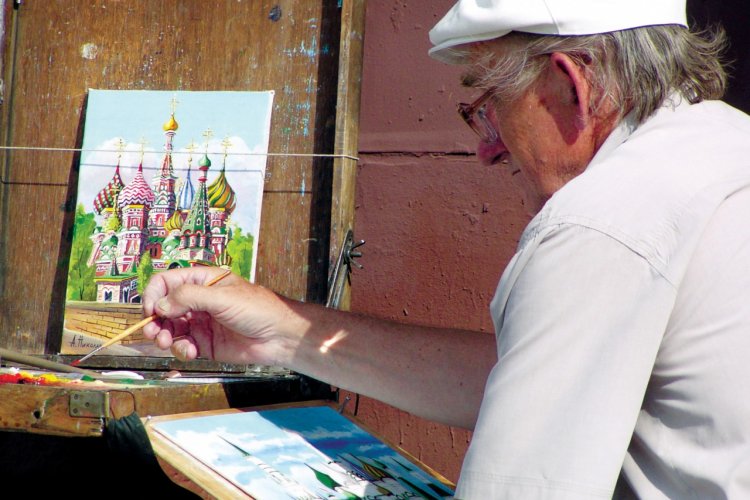 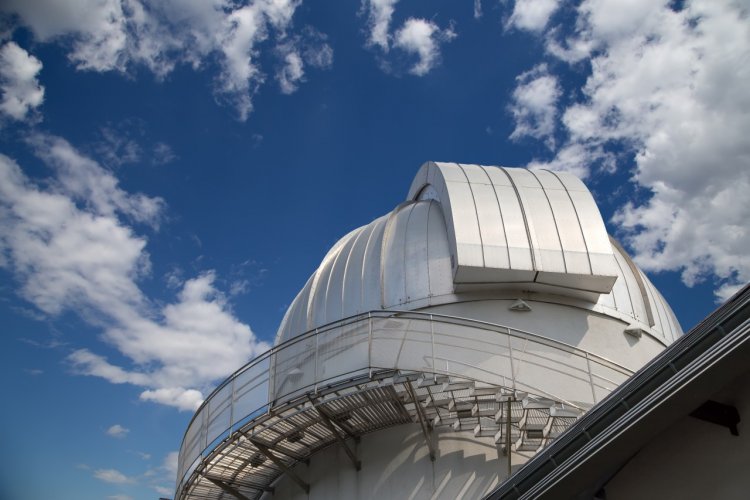 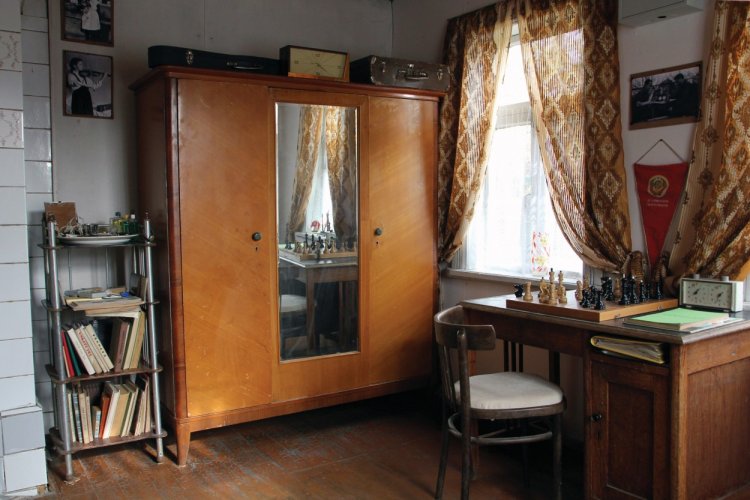 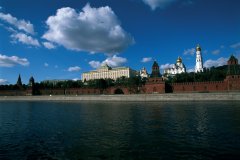 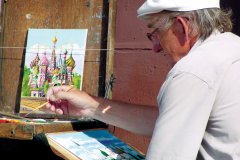 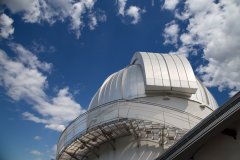 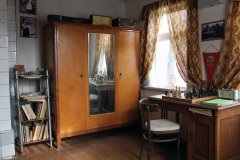 Most tourists visit Moscow between June and September, it is the time of the Volga river cruises and the high tourist...
Read more about it

In Moscow, it is the continental climate that dominates. Given its latitude, the average annual temperature is low (6...
Read more about it

The monetary unit is the ruble (RUB), subdivided into 100 kopeks. You can change or withdraw euros without any proble...
Read more about it

You need a visa to travel to Russia. The visa implies a formal invitation, which will be sent to you by fax from your...
Read more about it

No vaccination is required to enter the country. Tap water is not drinkable because it is too chlorinated or not trea...
Read more about it

You will not have any particular difficulty in organizing your stay in Moscow on your own. Low cost flights serve Mos...
Read more about it

The right formula to visit Moscow. The ideal is an organized stay of one week, which is most often in the catalogue o...
Read more about it

The metro is the most practical, fast and aesthetic means of transport in Moscow. Avoid rush hour. Taxis are also ava...
Read more about it

New Year's Eve is fast approaching and you still don't know where to celebrate it? And then, who said this party was over? Certainly not Little Smartass who, with strong advice and good plans, is campaigning for your New Year's Eve to be beautiful: pack your bags and fly abroad! Some cities offer a spectacular sound and light show every year. Just enough time to fall back into childhood, that you already hear yourself say.... Oh! The ...

Every four years, the FIFA World Cup promises to bring great emotions to football fans. Support or not, this competition is also an opportunity to update your knowledge of geography by discovering, this year, the Russian cities that host the matches. With a territory of 17 million km2 spread over two continents, Russia is the largest country in the world. For logistical reasons, it was therefore necessary to choose among its many ...