"Incredible India" is the motto chosen by the Tourist Office to promote the country's incredible wealth. This expression will accompany you throughout your journey in North India where you will go from amazement to wonder. From the joyful tumult of cities, such as New Delhi or Calcutta, to the Himalayas conducive to a spiritual retreat, from the masterful beauty of the Taj Mahal to the mystical city of Benares, also called Varanasi, it is very difficult to remain indifferent to India... Going to North India is therefore risking to return there if only to better understand its ancestral culture and its founding myths. With the North Indian tour guide in your pocket to make sure you don't miss a thing, you could fall in love with this wonderful, beautiful and complex remote region for life.

When to go to North India?

The best season to travel to North India is from mid-November to mid-March but the high tourist season begins in October and continues in April, where rates are highest in hotels and restaurants. Exceptions are the Himalayan regions (northern Bengal, Sikkim, Himachal Pradesh, Uttarankhand) where temperatures are often below zero during this same period. It is snowing a lot and some sites are even inaccessible. From October to April, it is therefore, on the contrary, the off-season for these different areas. The low tourist season in North India begins in mid-April and ends at the end of September. From May to early July, the heat is stifling in North India; temperatures average 45°C. Due to these high temperatures, tourists rarely visit North India during this period. The prices are low but it really takes courage to withstand the temperatures in question. You are not advised to travel to India at that time.

In the climatic stations of the Himalayan foothills, such as in northern Bengal (Darjeeling, Kalimpong), Sikkim, Himachal Pradesh (Shimla, Dharamasala), or Uttarankhand (Mussoorie, Nainital), it is however cooler (about twenty degrees) at this time, so it is the high tourist season for this region of North India.

If you go to Northern India in October or November, you can attend the Diwali Festival, the most important Hindu festival of the year. At night, candles are lit in front of all the houses to celebrate Rama's return to her kingdom of Ayodhya, firecrackers and fireworks are exploded, of course, food is served and gifts are exchanged.

Holi. And if you go to Northern India in February or March, it is the festival of colours that marks the beginning of spring. Young and old armed with water pistols filled with coloured powder engage in "battles" in the street.

If it is not really high, we notice that the cost of living in India is rising quite significantly. It is naturally more expensive to eat and sleep in urban areas in North India than in remote areas. Mid-range or luxury hotels have a good standing in North India but entry-level hotels are spartan. The currency is the Indian rupee and money can be easily exchanged in banks and hotels. Tipping is not mandatory.

The visa application for North India is online. It's an eVisa, valid for 30 days. Simply complete a form and pay US$60 online on the Indian authorities' website between 34 days and 4 days before departure. The electronic visa is returned by email and must be presented to immigration at the airport in North India. This visa is valid for a single entry and cannot be extended or modified. The passport must contain at least two blank pages and be valid for 6 months after the date of return.

It is advisable to be vigilant on a few points in order not to suffer any health inconveniences during your trip. Travelling to Northern India requires taking precautions against certain diseases, although this does not present any major health risks. No vaccine is required to enter Indian territory. Only a certificate of antiamarile vaccination is required for travellers coming from areas infected, in particular with the yellow fever virus. However, precautions must be taken. Beyond the updated vaccination record, it is recommended to make the hepatitis A and B vaccines before travelling to North India. Finally, the water is not drinkable in Northern India, it is necessary to drink bottled water and make sure that the capsule is sealed.

How to go to North India? Our advice & tips

There are many tours in North India and you can choose to do a classic tour encompassing major cities like Delhi and key monuments like the Taj Mahal or a thematic, cultural stay around Hinduism or Buddhism for example. North India being a distant and exotic country, it takes a certain acclimatization time, not to mention the long journeys on site; we therefore recommend a tour of at least 15 days and not only 10 days.

Several airlines fly directly from Europe and the Middle East to New Delhi. Book early for the best prices! On the spot, it is quite easy to organize your trips, as transport rates are low even at the last minute. North India is safe but it is important to avoid hanging out on the streets late at night and, for women, it is important to avoid short clothing and to cover your knees and shoulders well to avoid being bothered.

It is quite easy to travel by plane in North India because of the frequent and regular service to the various airports via regular and low-cost airlines. India's rail network is huge and well developed, including in northern India. It is a low-cost means of transport, but trains are often packed to capacity. Buses also serve North India well with fares generally equivalent to those of 2nd class trains.

Prepare for your trip North India 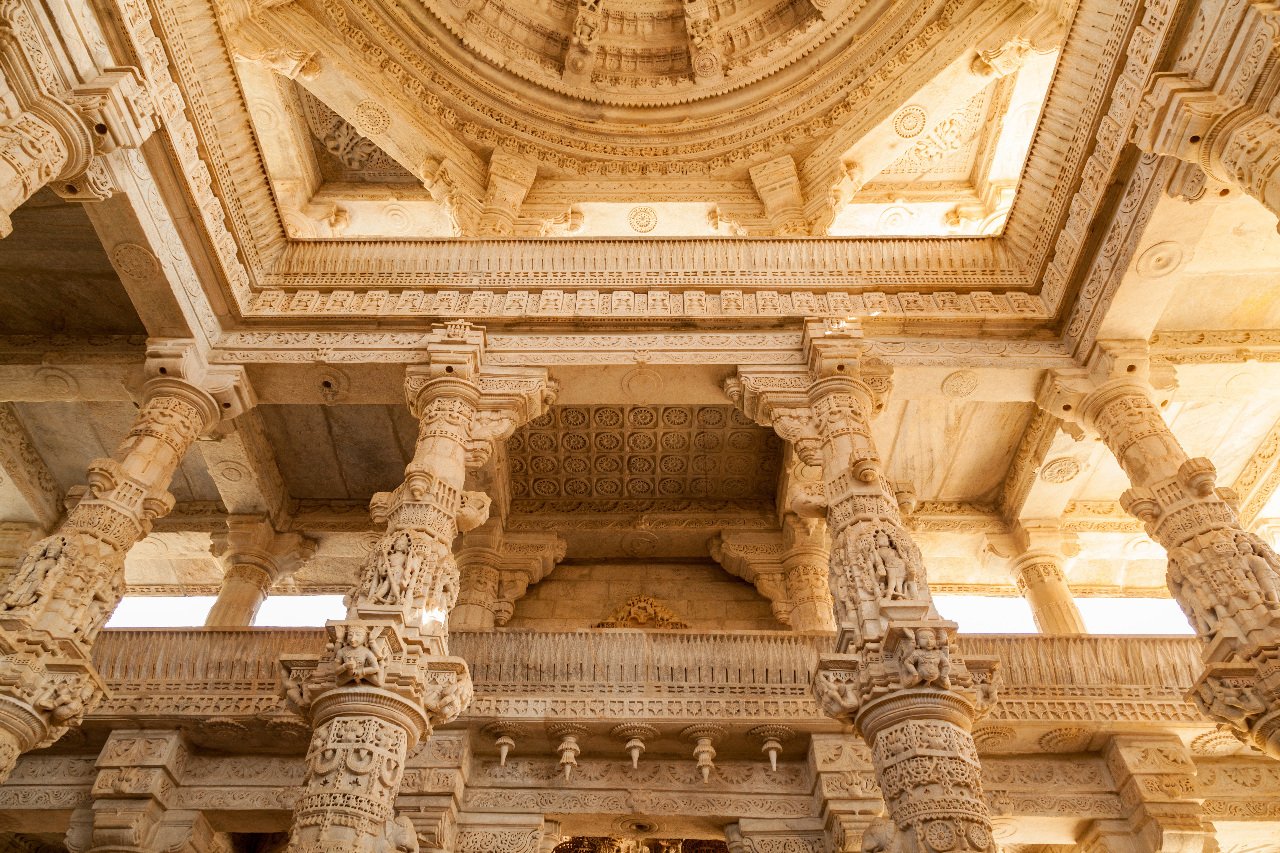 The must-see of Rajahstan in two weeks 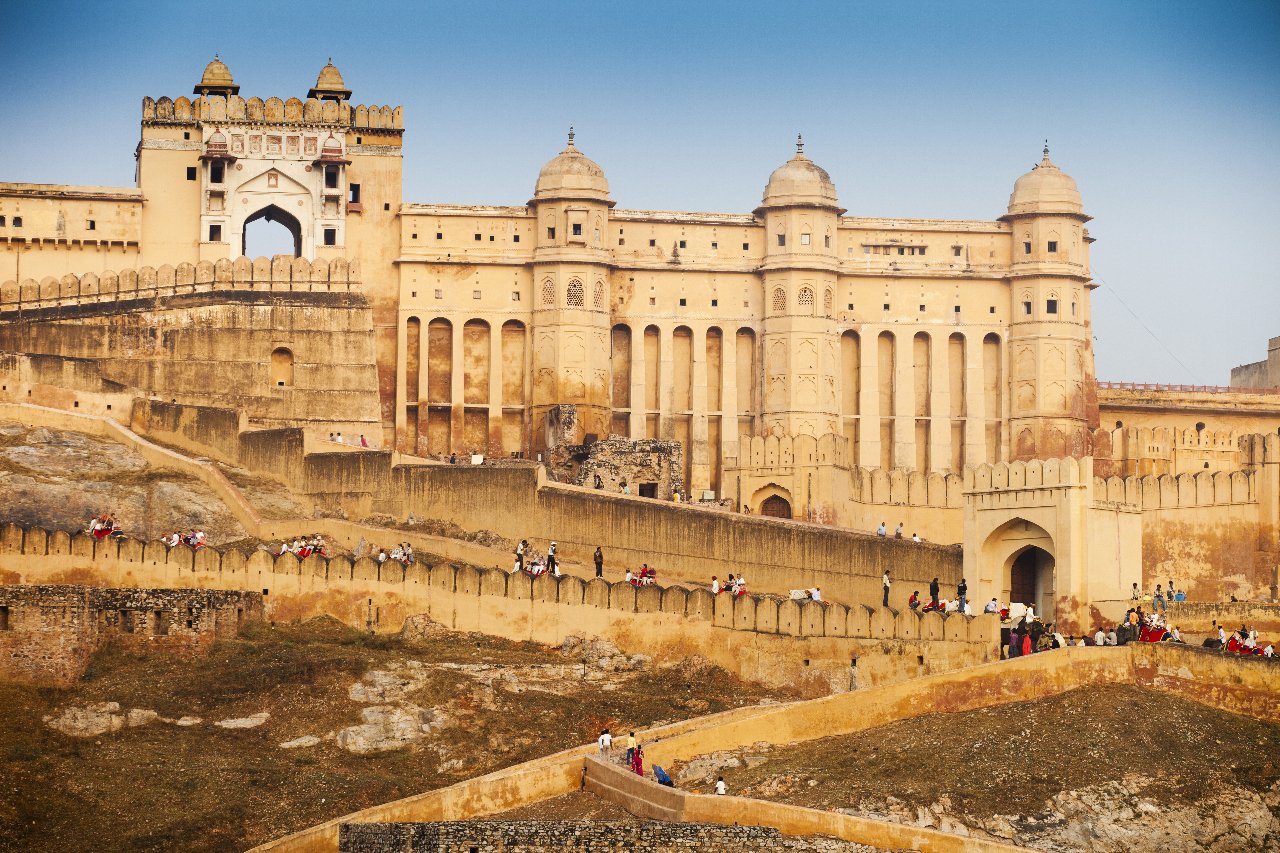 The must-sees of Northern India for a long week 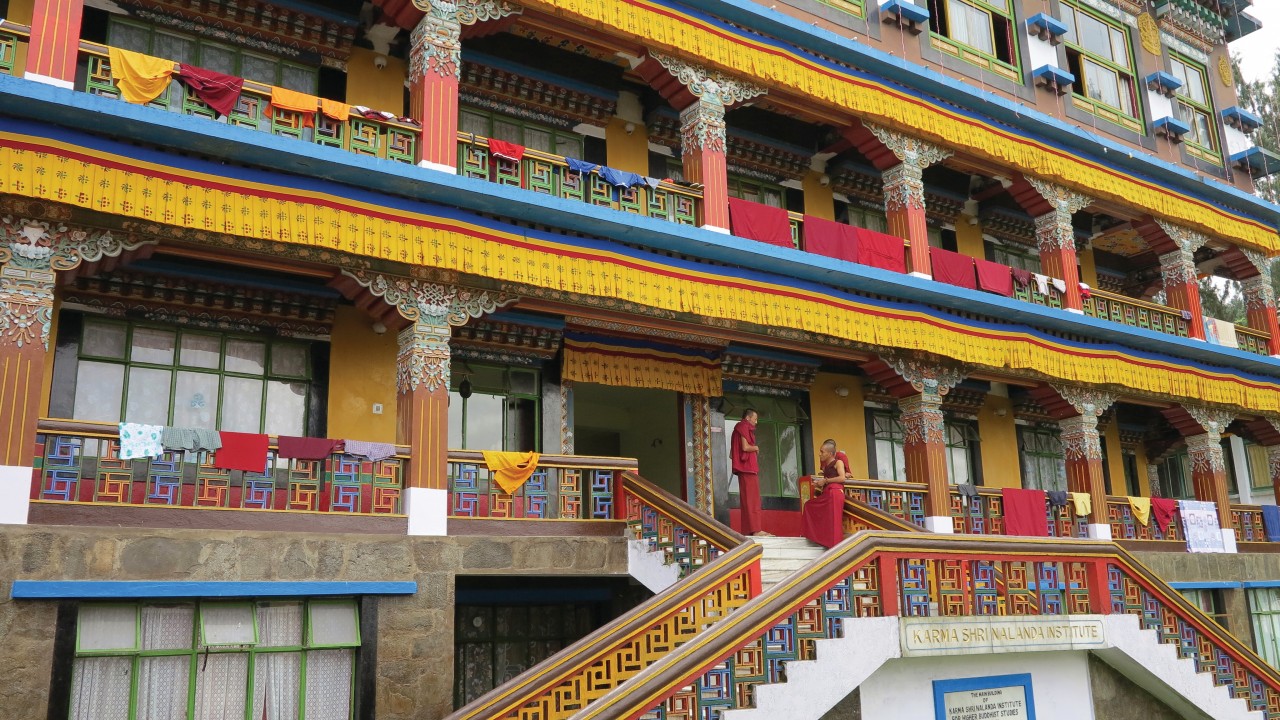 Ten days east of the Himalayas between Darjeeling and Sikkim 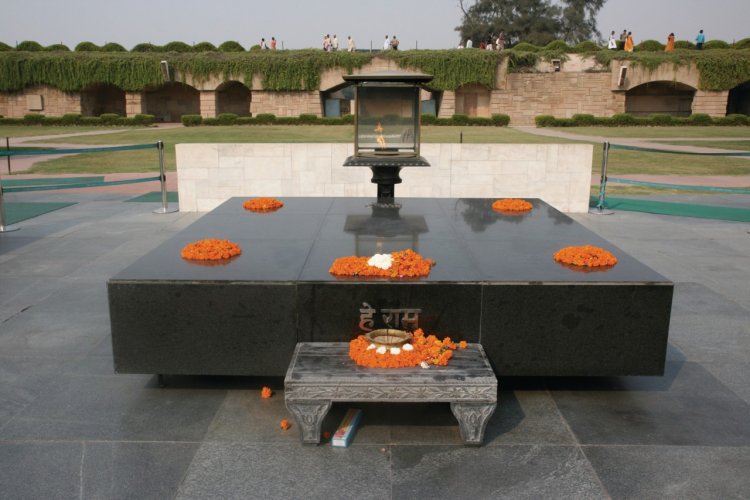 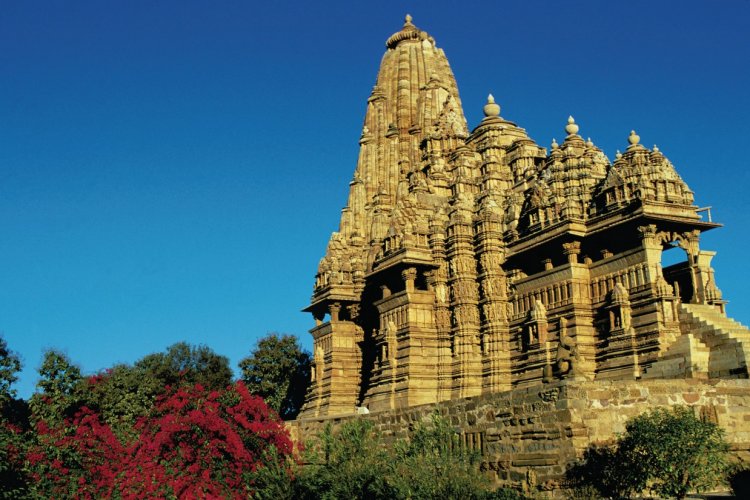 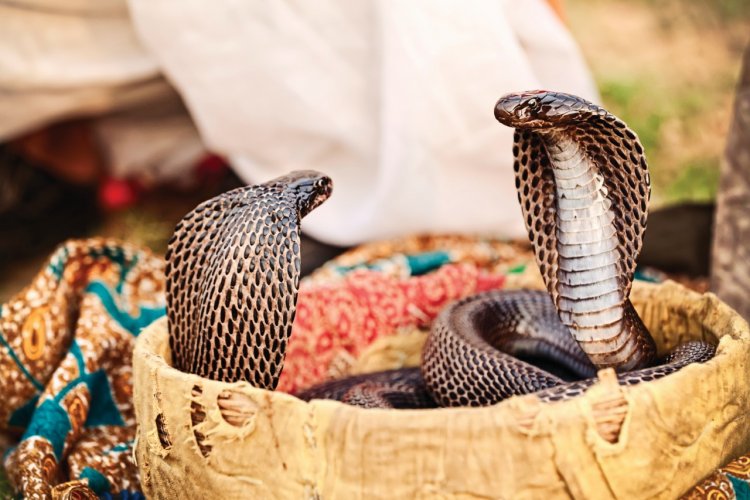 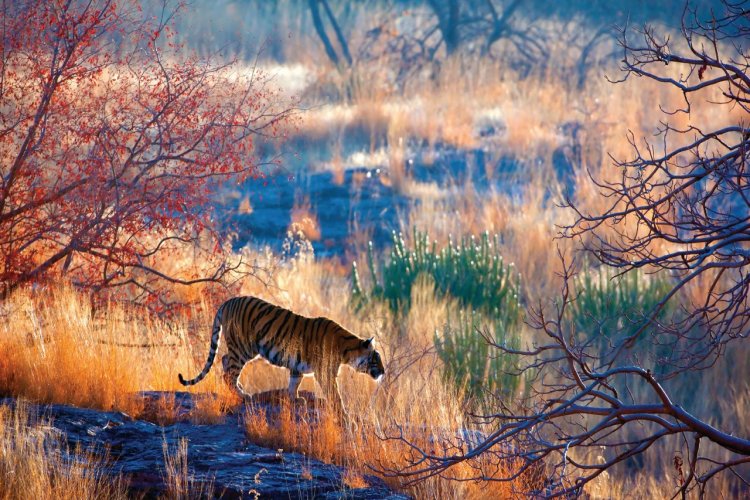 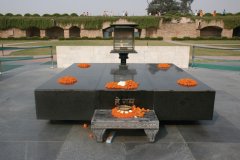 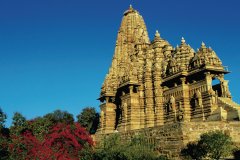 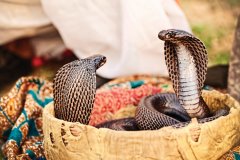 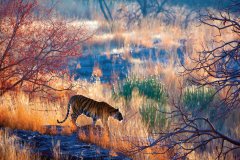 The best season to travel to North India is from mid-November to mid-March but the high tourist season begins in Oct...
Read more about it

North India is vast and therefore has a very varied climate with four seasons: winter (December to February, high to...
Read more about it

If it is not really high, we notice that the cost of living in India is rising quite significantly. It is naturally m...
Read more about it

The visa application for North India is online. It's an eVisa, valid for 30 days. Simply complete a form an...
Read more about it

It is advisable to be vigilant on a few points in order not to suffer any health inconveniences during your trip. Tra...
Read more about it

Several airlines fly directly from Europe and the Middle East to New Delhi. Book early for the best prices! On the sp...
Read more about it

There are many tours in North India and you can choose to do a classic tour encompassing major cities like Delhi and...
Read more about it

It is quite easy to travel by plane in North India because of the frequent and regular service to the various airpor...
Read more about it