Jaisalmer, one of India's most precious jewels, is nicknamed the City of Gold. The city lies on the ancient Silk, Spice and Opium Routes, at the gates of the Thar Desert, near the border with Pakistan. Surrounded by fortifications, it has 99 bastions and its blonde stone walls give it a very special character. Visitors can only be seduced by the architectural beauty of the city and the sculpted facades of its havelis.

There are 8 temples that are called "Seven Sisters and one Brother". Indeed, feminine energy is very important: at birth, each child receives, usually from his grandmother's hand, a pendant on which are represented the eight temples.

In spite of its isolation, Jaisalmer is at the top of the list of favourite tourist spots. Its golden fortress overlooking the desert alone reveals all the medieval charm of the region. Its lively alleys, spared from motorized traffic, contain countless architectural treasures - palaces, havelis, Jain temples - that justify the trip. But its main interest is its proximity to the desert.

Seeing here the mix of populations (turbaned camel drivers, traditional musicians and rawanata players, soldiers, women in multicoloured saris and tourists from all over the world), one would be inclined to think that the desert only exists to bring people together. Of course, tourism being the main source of income, this has an impact: traders are tough, prices tend to double or even triple in high season... But we must also take into account that the season is short, barely 5 months. From March to September an overwhelming heat falls on the city and the tourists are only ancient history.

According to legend, the Bhatti dynasty, founders of Jaisalmer, descend from the mythical Chandra Vansh (or "branch of the Moon"), counting the god Krishna among its most illustrious representatives...

At the beginning of the 11th century, driven out by the military expedition of Mohammed of Ghazni, rulers from the Indus plain abandoned their kingdom and settled in Lodruva (15 km from Jaisalmer). In 1156, Prince Jaïsal decided to transfer his capital to a neighbouring promontory. He built a fortress there and gave it his name: Jaisalmer, the land of Jaïsal.

The rawal (kings) of Jaisalmer have the reputation of being robber and ransom princes. As a result, the fortress twice fell into the hands of the sultans of Delhi and was the scene of terrible jauhar (collective suicides of the entire population, on the battlefield for the men, in the flames for their wives). In 1315, Ala ud-Din attacked the city to avenge the looting of a caravan of merchants. The siege lasts eight years and ends in the flames of the terrible sacrifice. Same scenario ten years later. This time the expedition is led by Sultan Feroz Shah Tughlaq. A small jauhar still takes place in the 16th century, when the Afghan military leader, Amir Ali, brings his soldiers disguised as women inside the ramparts. Realizing the treachery and having no time to light a pyre, the rawal Loon Karan kills his wives with his own hands! At the end of the 16th century, Jaisalmer came under the authority of Emperor Akbar and enjoyed a period of relative prosperity through trade. However, the city is weakened by the quarrels between the Rawals and the Prime Ministers.

In the 19th century, the construction of new trade routes and the ports of Calcutta and Bombay sounded the death knell for the caravans crossing the desert. The partition of the Indian Empire (1947) and the wars with Pakistan, however, prompted the Indian government to develop the region and equip it with roads. In 1974, the army conducted its first nuclear tests in Pokran (about 100 km east of Jaisalmer). She repeated the experience in 1998, this time imitated by Pakistan.

Despite its critical location near the border separating the two most famous enemies in the world, Jaisalmer is enjoying a new lease of life thanks to tourism and the development of wind energy.

The must-see places in Jaisalmer

Prepare for your trip Jaisalmer 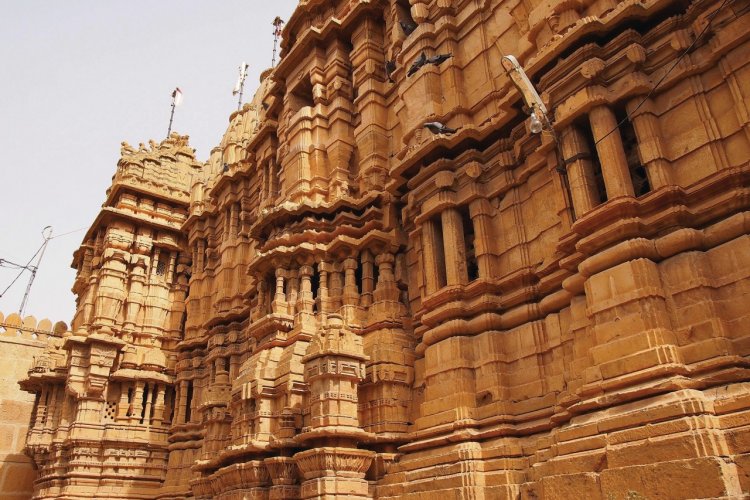 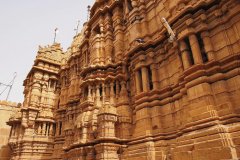 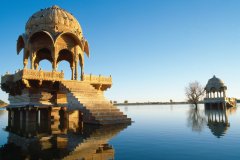 Destabilising by its grandeur, dépaysante by its culture, Asia attracts many travellers who come to search for authenticity. To find out more about this continent and immerse itself with its customs, participate in the various festivities that are organized is indispensable! It is often difficult to choose a lot of festivals or popular festivals. Petit Smart has selected the top ten events in Asia, not to be missed! N°10 - Seoul Lotus ...