Covering an area of 90,000 km2 between 2,750 and 6,670 m, Ladakh is the largest district in the State of Jammu and Kashmir, but one of the least populated. Situated in the Himalayan range in the extreme north-east of India, Ladakh occupies more than half of the state's surface area. Nicknamed Little Tibet, it is famous for its mountainous landscapes, its cultural richness and the kindness of its inhabitants, mostly Buddhists.

A dry and rocky land, Ladakh is both frightening and strikingly beautiful. From the frozen river Zanskar to the valleys of Changtang, where nomadic peoples live with their herds of goats and yaks, passing through the Sham region or the famous Nubra Valley, a former stopover on the Silk Road, it is a paradise for walkers. For lovers of nature, fauna and flora, and adventure sports (trekking, rafting, jeep safari...). The traveller has here the feeling of being at the end of the world.

In addition to the spectacular beauty of the landscape and its cultural heritage, as well as a high-altitude ecosystem where flora and fauna are both rare and endangered, in the villages, the inhabitants continue to live partly in autarky, according to ancestral customs.

At an altitude of 3,500 m, Leh, the capital of Ladakh, is dominated by the picturesque palace of the ancient royal family, next to which is the Victory Fort, built to commemorate an important Ladakhi victory over neighbouring kingdoms in the 16th century.

Leh is a good starting point to discover the heights where many whitewashed Buddhist monasteries can be seen, such as the famous gompa de Hemis. Unfortunately, many tourists coming to Ladakh use travel agencies from Delhi or their country of origin, with little incentive for the local population to participate in the conservation of cultural and natural resources, or even to develop sustainable or solidarity tourism (overnight stays).

Climate. In July-August, the temperature varies between 30°C during the day and 5°C at night. In winter, temperatures can drop as low as -30°C. But whatever the season, the climate is very dry. From the end of September or early October, the land routes are blocked because of snow. Access to the Zanskar Valley is only possible via the frozen Zanskar River. The best time to visit the region is from the end of May to September. You should still bring warm clothes because the nights are cool. To avoid crossing too many tourists, it is better to go there in June and September.

Development projects. The Mountain Research Institute, a non-governmental organization with programmes in the Himalayas, Andes and Appalachian ranges, is UNESCO's partner in Ladakh, as is the Snow Leopard Conservancy, an NGO working to protect the region's rich biodiversity. The objective of this joint project is to promote the participation of the population in the development of tourism in the region, thus helping to create employment and income-generating opportunities for the local population. Training is provided to enable the development and management of tourist accommodation in local homes, and to encourage Ladakhis to become guides. Establishments built with a concern for the respect of nature, so as to preserve the environment, ecolodges exist in Ladakh. And we often eat garden produce there!

A project entitled Development of cultural and ecotourism in the mountainous regions of Central Asia and the Himalayas was financed through a contribution from the Norwegian Government and funds from the Unesco programme. The aim is to establish links and foster cooperation between local communities, NGOs and travel agencies so that people can fully benefit from the jobs and income generated by tourism activities. Interdisciplinary, this project makes a positive contribution to the fight against poverty, thus helping the populations to make the most of the tourism potential of their region, while preserving their environmental and cultural heritage.

The must-see places in Ladakh

Prepare for your trip Ladakh 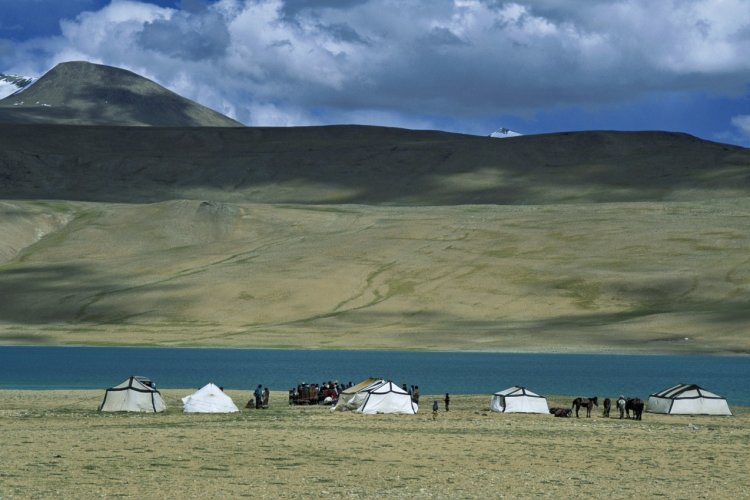 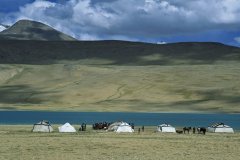