Do you dream of surfing in the most beautiful spots in the world? Here is our Top 10!

Surfing is a sport that has many followers all over the world. Of course, it is necessary to practice before going to face the waves, but as soon as a correct level is reached, the pleasure of reaching the most beautiful rolls is indescribable. Many beaches are famous for the incessant movement of the sea on the planet, and their waves are the delight of surfers at heart and professionals in the discipline. Petit Futé will give you 10 good addresses to practice surfing on each ocean and eventually meet the best in the world!

California is no longer presented as the home of the world's surfers. Many places are reached by surfers with their boards at any time of the year. Located halfway between San Francisco and Los Angeles, Morro Bay is a surfing spot still unknown. A pretty beach on which thrones a huge rock and waves sometimes very powerful which attract Californian surfers without respite. Here, surfing is done in an exceptional setting and to the beauty of the waves is added the beauty of the sunset, which offers a unique and enchanting show

This region in the south-west of England offers many ideal places to surf: with beaches as far as the eye can see, from the Polzeath coastline to the charming Sennen Cove via Newquay, the choice is vast. A spot appreciated by many surfers, from England and elsewhere! And if the idea of going to England to surf can give you chills because of the water temperature, you have to admit that well equipped with a wetsuit, everything goes well! The beaches and waves of Cornwall are so beautiful that you should not miss them.

Feel like pure translucent waves and escape? Then this Brazilian archipelago, which has the status of a natural park and is a UNESCO World Heritage Site, has something to please you. Access is controlled and limited, so surfing remains a privilege. Real paradise lost for surfers, this spot is one of the most exceptional in Brazil. Rocked by the trade winds coming from the southeast, the archipelago looks like a land paradise and it is not surprising that many Europeans decide to cross the Atlantic to reach its most beautiful beaches

In the south of the African continent is one of the most popular surfing spots in the world and regularly hosts renowned international competitions. There is a powerful and fast tube wave, but also a beautiful beach. In short, ideal conditions for high-level surfers. If many people think that this spot is made only for pros, the local professionals do not hesitate to affirm the opposite and in reality, beginners are also welcome! In addition to the perfect waves, the natural environment is great and the people are very friendly

Not far from Agadir, the small fishing village of Taghazout, a hippie paradise in the 60's, has become the Moroccan surfing capital. Several famous spots are available, as well as hotels and riads dedicated to the practice of surfing, for stays entirely devoted to the glide. Everyone has the freedom to go there whenever they want, but it should be noted that the high season for surfing in the region runs from October to April. This is when the swell is the strongest and favours the formation of bigger rolls. During the summer season, the place is perfect for beginners

France is not to be outdone in this ranking, as it has many surfing spots on the Atlantic coast. The Basque Country, and especially Biarritz, is a real paradise for surfers. In this famous seaside resort, the Grande Plage is a "Beach break" that offers waves of different types and is ideal for beginners. And as proof that the town in south-western France has nothing to envy to other surfing spots in the world, it was awarded the label Ville de surf - 3 stars (on a scale of 3) in October 2015, a distinction awarded by the French Surfing Federation.

The beaches of this small Irish village have established themselves as one of the best surfing spots in Europe and that is why they have hosted the European Surfing Championships on several occasions. Surfing apprentices should not be discouraged by the cold water or the sometimes capricious weather, as the powerful waves have nothing to envy to those of the Californian or Australian coasts! Bundoran is a small but lively town, and its beaches are as much popular with beginners as they are with experts, who don't hesitate to position themselves where the swell blows harder

It's impossible to think of Hawaii without thinking of surfing and the legendary waves of the "Aloha State". World-famous spots, powerful breakers... Many surfing records have been set in the archipelago, such as the one, until 2011, of the highest surfed wave with 30 meters (the equivalent of ten stories!). A destination that will inevitably make more than one surfer dream... From November to April, it is here that the waves remain the most impressive and attract both surfers and the public who come to watch the show. The rest of the year, the waters are calmer and harmless.

Tahiti makes you dream for the blue of its lagoons, its heavenly beaches and its strong identity. It is also another mythical destination prized by surfers from all over the world. Indeed, French Polynesia abounds with spots in Moorea and Tahiti. Among them, Teahupoo, a reef nestled between jungle and volcanoes, is one of the most impressive, but also one of the most dangerous in the world. You will find there dreaded, powerful and imposing waves reserved for professional or experienced surfers. But let beginners rest assured, Tahiti also has places that will make them happy, such as Papenoo Beach

If the island of the Gods offers many places to surf, Uluwatu, in the south, remains undoubtedly its most beautiful spot. The access is difficult, you will have to pass by small magnificent creeks... But this paradisiacal setting is however dangerous (for the power of its waves and the presence of reefs) and thus reserved for the most experienced surfers, that many curious people observe from small bars overhanging the sea, on the heights of the cliffs. Among the five surfing spots in Uluwatu are Padang Padang Beach, Nyang Nyang Beach, Balancing Beach, Blue Point Beach and Bingin Beach. To note well on his travel notebook during a trip to Bali, for a maximum of sensations 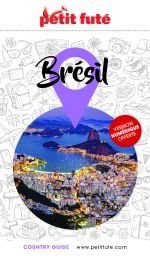 Do you love literature and travel? Then your travels can be an opportunity to visit some of the most beautiful libraries ... Read the article

Around the world, kings and presidents often occupy grandiose palaces of incredible beauty. Architectural splendours in ... Read the article

While the health crisis is forcing many trips to be postponed, it is nevertheless not forbidden to think about, or even ... Read the article