Peru and its Andean llamas no longer appear! A mosaic destination stretching between the Pacific Ocean and the Andean mountain range, going beyond it even to the mighty Amazonian forest, you will most certainly get to know Lima, its capital. A vibrant metropolis, even a buzzing, even a little chaotic, whose streets, adorned with an impressive colonial architectural heritage, welcome shopkeepers by day and by night, where you can taste one of the finest gastronomies on the planet too (just like the excellent ceviche), recognized by UNESCO. Of course, the Peruvian tourist guide will take you to the south of the country, starting with Cuzco and its colonial alleys, a mythical city that was once the capital of the Inca civilization. From there, head for the Sacred Valley, which you trekking along the Inca Trail while chewing coca leaves, and which leads to the Portes du Soleil, then to the ruins of the dazzling Machu Picchu. Further south, we find Nazca towards Puno, Lake Titicaca and the floating islands of Uros made of straw that are revealed, while going up the Pacific coast we meet arid deserts sown with oases, beaches suitable for swimming, and archaeological sites nestled in the heart of nature, as in Kuélap for example. The third large Peruvian territory is humid and lush: the Amazon, with the amazing city of Iquitos as its capital, is a maze of wild flora, huge rivers and incredible sunsets. Going to Peru is an adventure trip!

What to visit Peru?

When to go to Peru?

When to go to Peru? The Peruvian territory being made up of several very different environments (Pacific coast, Andean mountain range and Amazonian forest), the most suitable times to visit it vary.

On the heights of the Andes, the very high tourist season extends from mid-June to the end of August: it is then the best time to visit Machu Picchu and the other Inca sites (dry and sunny weather) but there are many people and often the queue for example to go by shuttle to the Machu Picchu site. The best time to visit Peru, at least its mountainous region, would therefore be from mid-April to mid-June ñ when the entire Sacred Valley is green and visitors are less numerous.

On the coast, the very high tourist season extends from mid-December to the end of February, this period corresponding to the Peruvian school holidays. Blue skies, hot weather but crowded beaches. If you're wondering when to go to Peru to visit its coastline, prefer March and April.

In the Amazon, the high tourist season extends from April to November, when it rains less. However, even in the heavy rainy season, the sun is never far away. The Amazon is still relatively spared by mass tourism.

In Peru, there are more than 3,000 traditional festivals; although most of them have been Christianized, the fact remains that pre-Columbian influences are still alive. The only celebration that attracts thousands of foreign travellers, and therefore requires you to book your accommodation well in advance, is the Inti Raymi Festival, on June 24 in Cusco.

Be careful, Peruvians are starting to travel much more in their country. Holy Week and the dates around July 28 and 29, national holiday, are often in high demand

Peru's weather, although subject to the variety of its climates, is pleasant all year round. Here, there are no intermediate seasons; summer and winter cover different periods of the year depending on the region. In terms of temperature, Peru records maximums in February of 35°C in the Amazon and 30°C on the coast, while in the sierra (Andes), nights can be very cool.

The currency of Peru is the nuevo sol (plural soles) symbolized S/. Even if life has increased considerably recently, a trip to Peru is still affordable (but much cheaper than Bolivia). If you opt for unpretentious establishments, you get almost nothing, the same for food. Transportation, even by plane, is inexpensive. Most of the expenses are therefore to be reserved for activities

For a trip to Peru, no visa is required. A 90-day tourist visa will be automatically issued to you upon your arrival in the country. The maximum duration is 183 days per year with a tourist visa.

Passport checks are possible when crossing a provincial border. You must also present your passport when booking national or international flights and even when purchasing bus tickets from certain companies.

The tourist sheet (or tarjeta migratoria) is now electronic. Your data is automatically entered into the Migraciones system. If you are in border regions and your visa is about to expire, it is advisable to travel abroad to re-enter as a tourist and thus extend your time there.

If your stay exceeds the authorized duration, a fine of US$1 per day of delay will be requested when you leave the country.

To enter Peru, no specific vaccine is required if you come from Europe, North America, Oceania or Asia. However, if you have recently travelled to some African or South American countries, a yellow fever vaccine certificate will be required. In addition, it is recommended to be up to date on the usual vaccines (hepatitis A, hepatitis B, rabies, tetanus-polio, typhoid). It is strongly recommended to protect yourself against yellow fever and malaria if you intend to travel to the Amazonian zone. Similarly, remember to remain vigilant against the risks associated with water, as tap water is not drinkable in Peru

How to go to Peru? Our advice & tips

Specialized tour operators in this region of South America are legion and know the destination well. By looking at the existing offer you will most certainly find the formula that suits you best, both in terms of travel time, preferred areas and prices. The packages combining flights, accommodation and visits to the main Peruvian sites (Machu Picchu, Cusco, Titicaca) are generally interesting and above all greatly facilitate the preparation of the trip

The average price of a flight to Lima from France in July (high season) is about €1,000. From about 700 € in low season. It should be noted that the price variation depends on the company borrowed but, above all, on the booking deadline. To obtain attractive rates, it is essential to do so well in advance. Remember to buy your tickets six months before departure! Booking your accommodation in advance can also be a good way to save money

If you have little time, the poor state of the roads and buses will push you to opt for air travel, as fares are very affordable to connect the main points of the country. Otherwise, you will take the bus, the most common, cheapest and convenient means of transport. The country is crossed in all directions by these vehicles. A beautiful train trip (Lima-Huancayo) can be made (twice a month between April and November) while the boat will be your essential vehicle in the Amazon: ferries run between Yurimaguas and the Triple Border (Peru-Brazil-Colombia) in 3 to 5 days depending on the direction of the current.

Prepare for your trip Peru 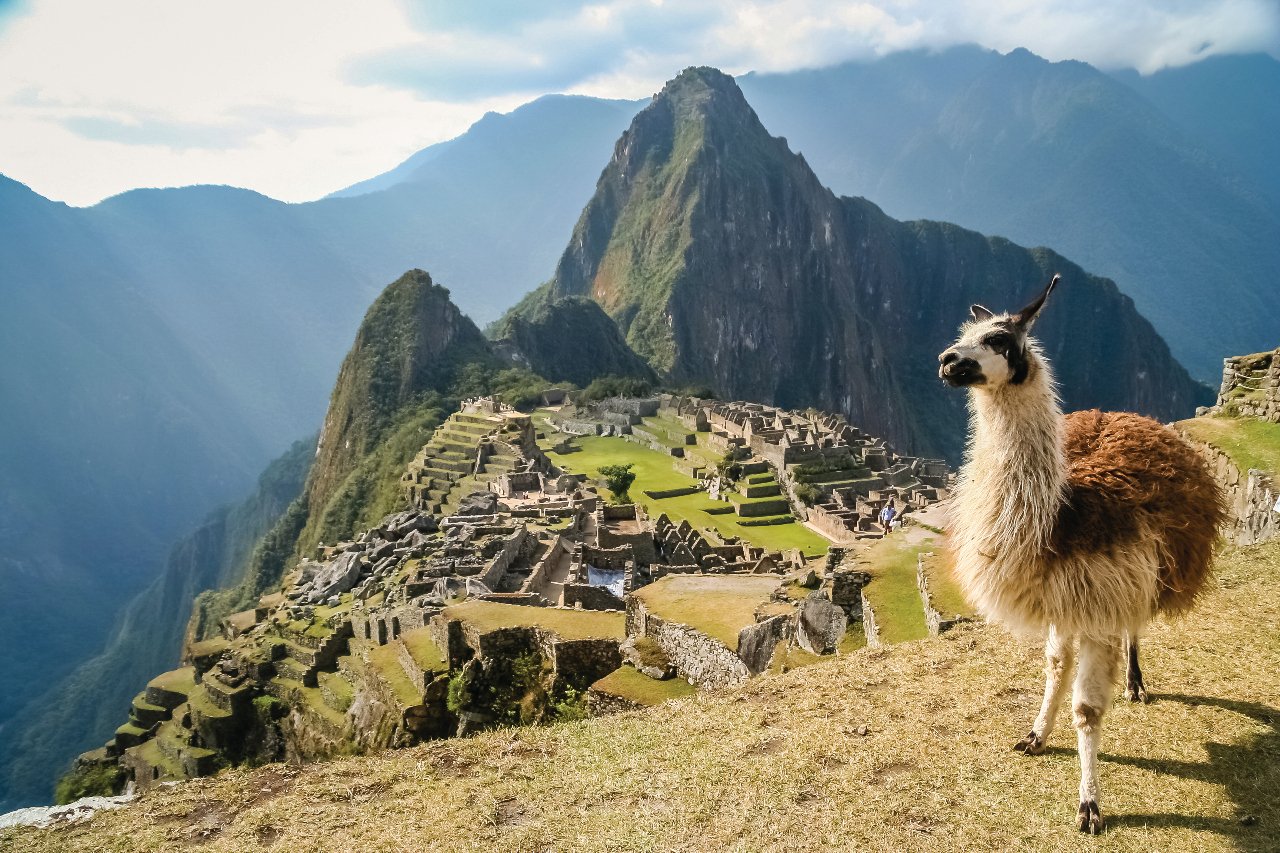 Take the time to discover the Sacred Valley 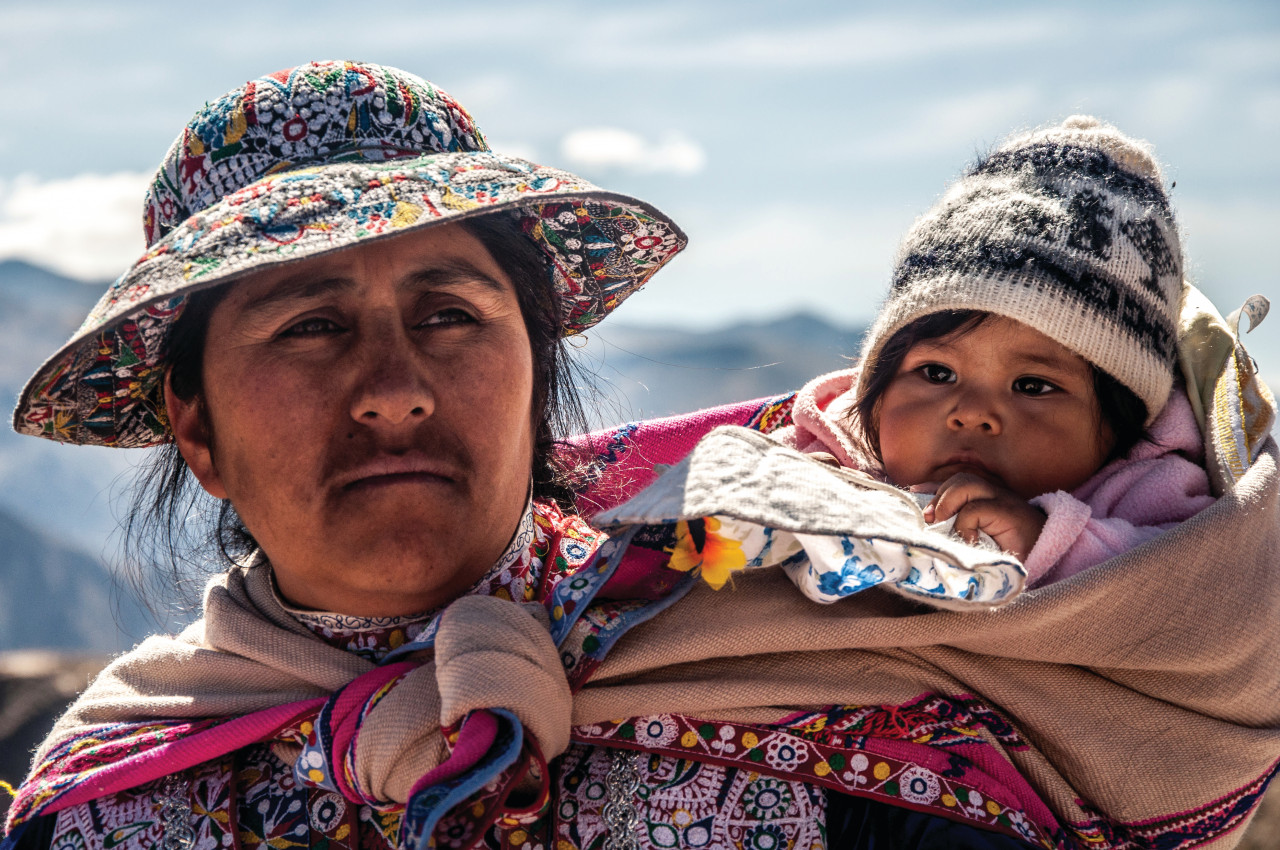 Three weeks for the must-sees of southern Peru 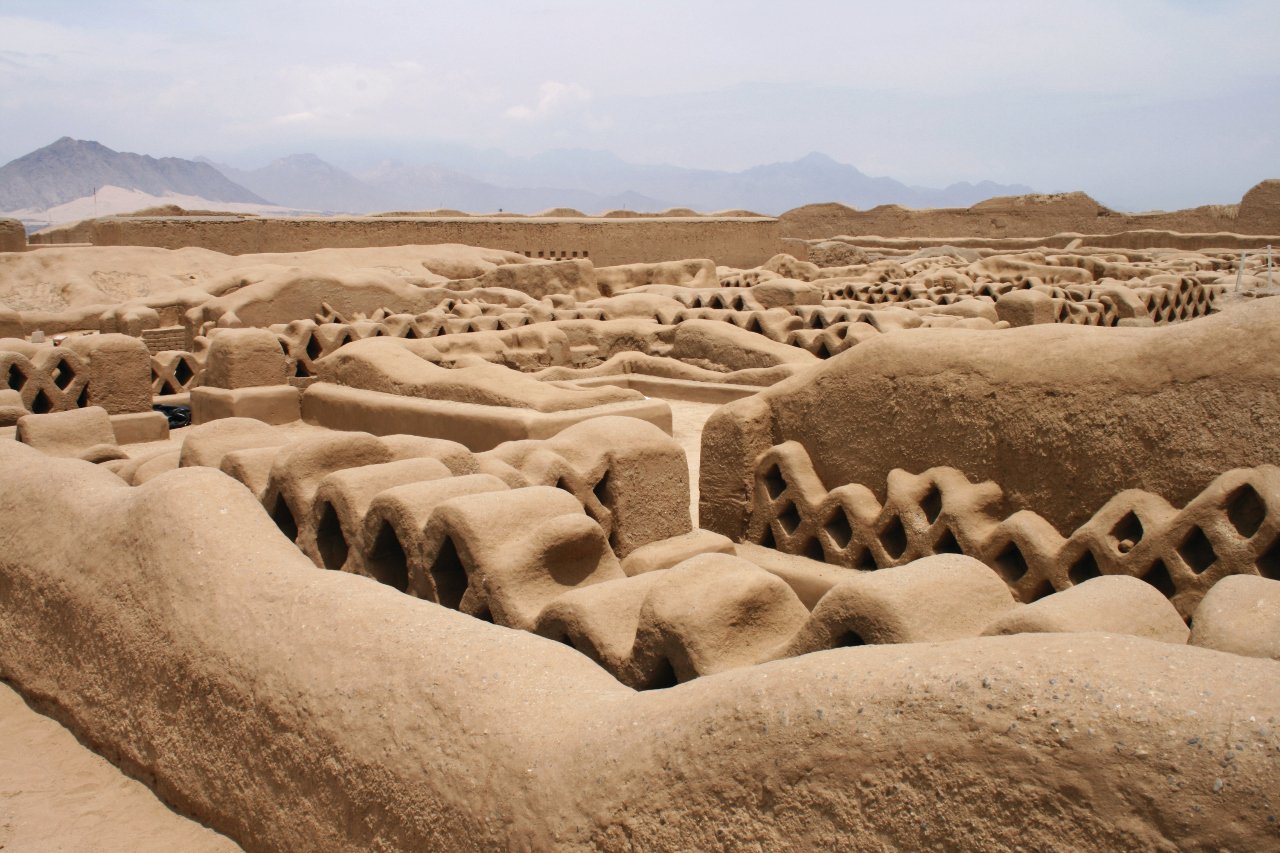 Exploring off the beaten track in northern Peru 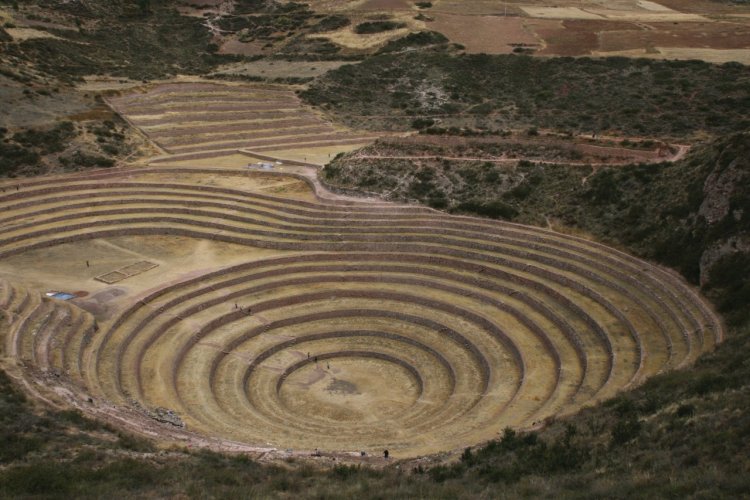 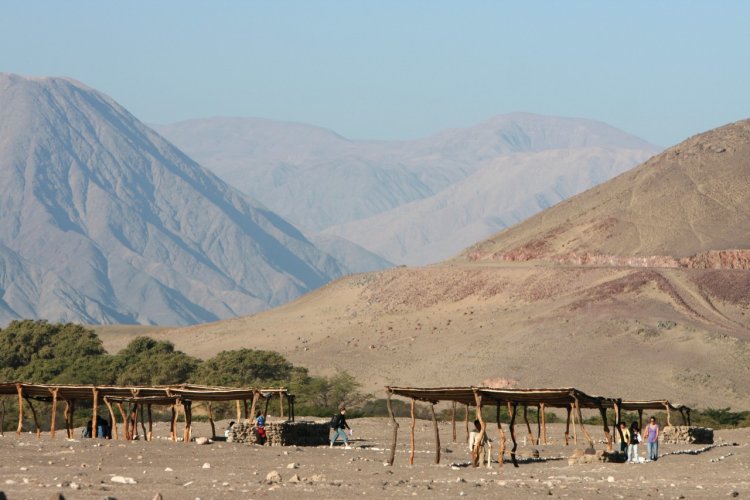 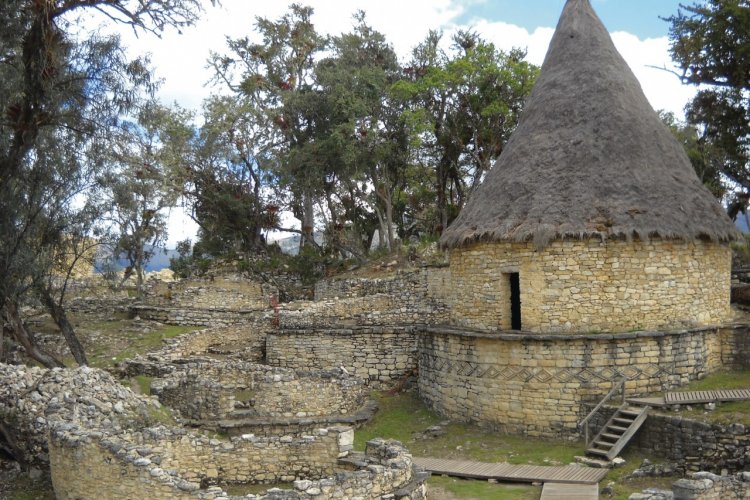 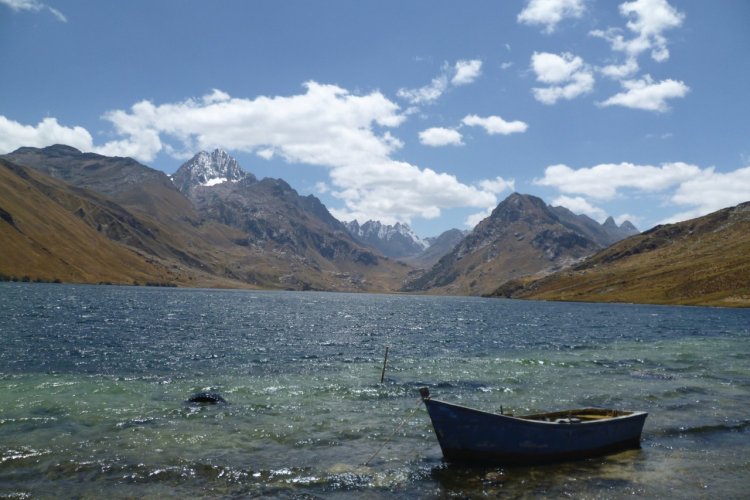 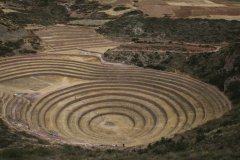 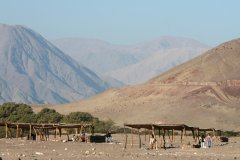 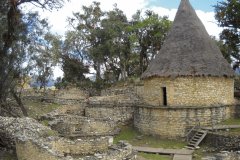 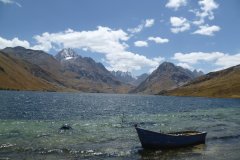 When to go to Peru? The Peruvian territory being made up of several very different environments (Pacific coast, Andea...
Read more about it

Peru's weather, although subject to the variety of its climates, is pleasant all year round. Here, there are no inte...
Read more about it

The currency of Peru is the nuevo sol (plural soles) symbolized S/. Even if life has increased c...
Read more about it

For a trip to Peru, no visa is required. A 90-day tourist visa will be automatically issued to you upon your a...
Read more about it

To enter Peru, no specific vaccine is required if you come from Europe, North America, Oceania or Asia. However, if y...
Read more about it

Specialized tour operators in this region of South America are legion and know the destination well. By looking at th...
Read more about it

If you have little time, the poor state of the roads and buses will push you to opt for air travel, as fares are very...
Read more about it

South America is known as a land of foodies, with fine, spicy cuisine, diverse influences and unique combinations of fresh produce. Grilled meats, vegetables, soups and other filled cakes and turnovers are all dishes to be discovered during your travels. The dishes are rich in flavours, smells and textures, and a multitude of addresses across the continent open their doors to you to experience unforgettable moments. Here are 5 cities in ...

Nativity scenes are one of the strongest symbols of the Christmas holiday. Passionate craftsmen sometimes reproduce the Nativity episode to perfection. Between art and the sacred, these true masterpieces require a goldsmith's work that often spans the whole year, before they can be presented during the expected period that extends throughout the month of December. Whether traditional, original, living or inanimate, all these cribs are ...