Surrounded by two giants, China and Russia, the territory of Kazakhstan, the country of the steppe par excellence, is the ninth largest in the world. Its inhabitants, traditionally nomads, were forced to remain sedentary under Soviet rule, which had the effect of profoundly changing the appearance of the Kazakh countryside and cities, offering today to the traveller a multiple and contrasted face. Alongside the Kazakhs and the majority Russians, it is indeed a real mosaic of peoples who thrive between mountains and steppes, between deserts and coasts: Uighurs, Dungans, Tatars, Ukrainians, Germans, Koreans... It is not yet quite Asia, but it is already no longer Russia... The Kazakhstan tourist guide offers some useful guidelines for getting to the heart of this immense region. We will probably start the trip with Astana, a futuristic capital with exuberant architecture in the middle of the steppe, which seems to be the only one, with Almaty, the old capital, really looking like a city. It is at the cost of hundreds of kilometres of travel that we will reach Kazakhstan's other key points: from the timid architecture of Turkestan to the desolate visions of Aralsk, the ancient port on the Aral Sea, or, on the other side of the country, the wild and preserved landscapes of the Altai mountains. In Aktau, Semey, Karaganda we will discover the "Russian-style" beaches of the Caspian Sea, the ancient gulags, the houses of the great Russian authors exiled in the steppe... Қазақстанға қош келдіңіздер !

What to visit Kazakhstan?

When to go to Kazakhstan?

When to go to Kazakhstan? The best climatic conditions are found in summer, especially if you plan to go up in the mountains, especially in the Altai. In the far south of the country, the heat can be overwhelming in summer, so spring and autumn are the best times. It should be noted here that, in general, the climatic conditions of the Kazakh steppe are difficult in winter. Astana's climate is particularly harsh, and it is no coincidence that the city was called "white tomb" at one point in its history. Winters are very long and cold: temperatures generally flirt with -20°C, made even more difficult by the strong winds that sweep across the steppe during this period. In summer, the city is crushed by heat, and not a single tree shades the streets of this capital, built in the middle of the steppes. In short, it is better to aim for the off-seasons to explore the streets of Astana, when to go to Kazakhstan? Provided you avoid the extreme south of the country, the best time to travel to Kazakhstan is certainly in summer.

While Kazakhstan's weather is subject to a continental climate, there are major differences between north and south. In the north, Kazakhstan experiences high temperatures in summer, but they drop to -40°C in winter. In the south, winter is milder, but summers can be suffocating. Astana's climate is particularly harsh, while in Almaty, summers are hot and often wet with violent storms.

The national currency is the tenge. The immediate effect of the devaluation and continued decline of the Kazakh currency is to make a trip to Kazakhstan much less expensive than in the past, despite the high inflation of recent years. In general, Astana and Almaty spend significantly more than the rest of the country, both on housing and food.

The French and Swiss are exempt from the visa requirement for stays of less than two weeks and with only one entry, regardless of the reason for the stay. For any other case, a visa issued by the Kazakhstan Consulate is required. Check-in procedures are no longer mandatory; however, always keep the Migration Card that is given to you upon arrival at the airport. As the formalities for entering Kazakh territory may change from one year to the next, it is still advisable to check with the competent authorities before undertaking a trip.

The visa can be obtained from the Kazakhstan consulate in your country within 8 to 10 days, but it is advisable to take it a little further in advance. For the French, the visa application form must be downloaded from the Embassy's website (www.amb-kazakhstan.fr) and completed on computer.

Sanitary conditions are rather good compared to the rest of Central Asia. Good, well-trained doctors can be found who can make a diagnosis, but they often lack the equipment. If no vaccine is required to travel to Kazakhstan, if you visit remote areas of the country, it may be advisable to get vaccinated against hepatitis A and B, diphtheria, tetanus, poliomyelitis and typhoid.

Tap water is not drinkable in Kazakhstan, so it is always necessary to buy bottled water. Also beware of ice cubes.

The sun and heat are enemies not to be underestimated. Dehydration can happen very quickly, especially if you suffer from turista due to the abuse of cottonseed oil... On the other hand, it is easy to find mineral water in bottles, carbonated or still, so try to drink regularly, especially in the evening and upon waking

How to go to Kazakhstan? Our advice & tips

Tour operators are still relatively rare to offer tours developed in Kazakhstan. Nevertheless, many of them have many contacts in the neighbouring republics, Uzbekistan and Kyrgyzstan, where tourism is more developed, and can tailor an itinerary for you according to your wishes and budget.

Astana or Almaty can be reached directly by plane, but be aware that from Western Europe there are trains to Moscow. The most classic route then connects Moscow to Astana or Almaty in 2 days. The train remains an economical and romantic way to travel, encounters are assured and the atmosphere is often warm. Remember to bring some provisions. Regarding accommodation, it is advisable to book your room in advance in both major Kazakh cities.

If you can afford it, flying is a good option to hurry up because of the long distances to travel and the poor road or rail service to some localities (Air Astana). The bus network is particularly dense in Kazakhstan, and almost all cities and towns are served. Although slow, they always arrive at their destination safely. Trains are a little cheaper than buses, but not much faster. Adventurers of the highway code will opt for the car.

Prepare for your trip Kazakhstan

A month in Central Asia 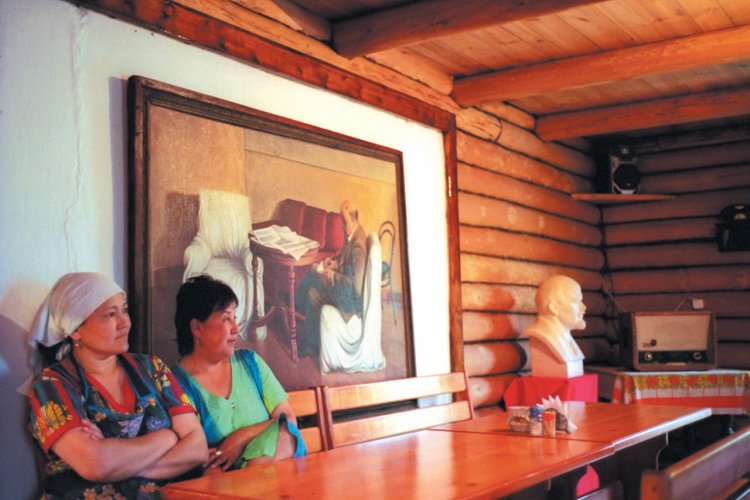 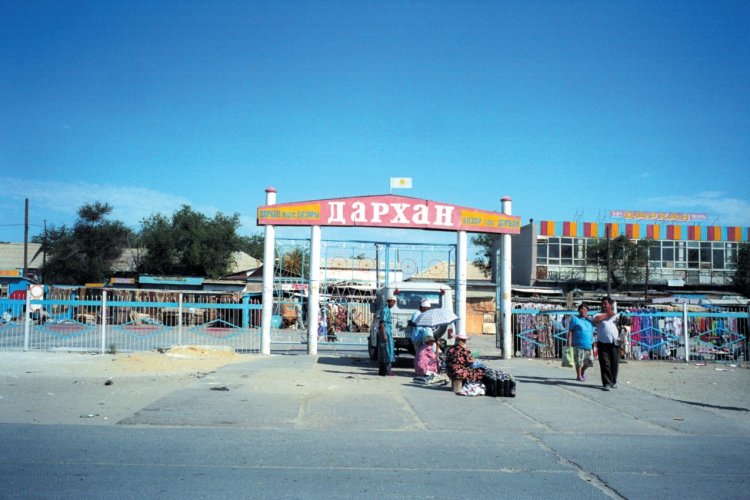 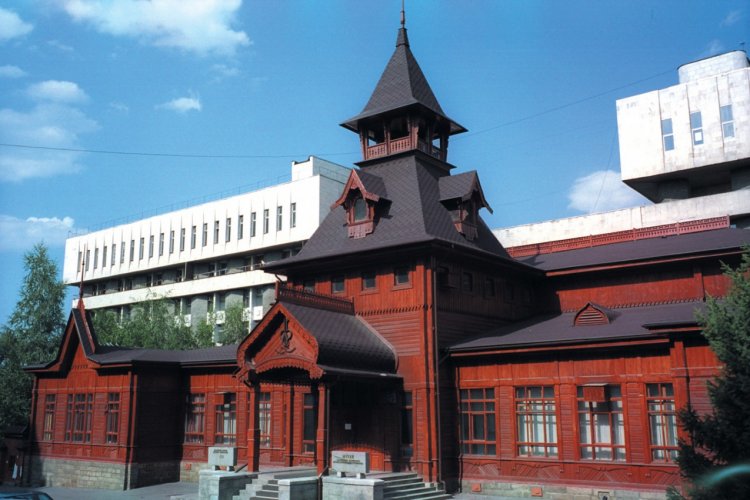 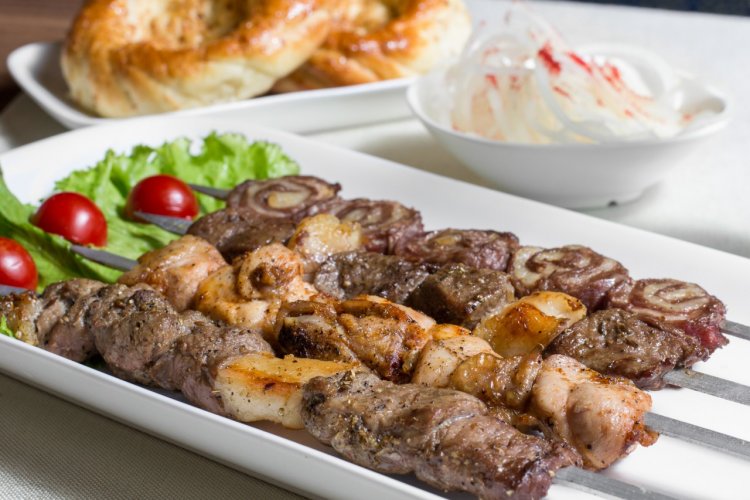 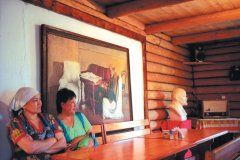 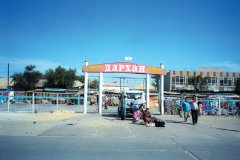 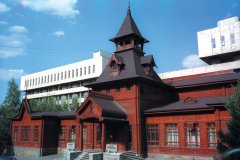 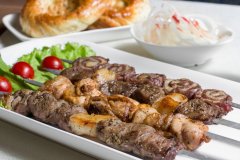 When to go to Kazakhstan? The best climatic conditions are found in summer, especially if you plan to go up in the mo...
Read more about it

While Kazakhstan's weather is subject to a continental climate, there are major differences between north and south....
Read more about it

The national currency is the tenge. The immediate effect of the devaluation and continued decline of the Kazakh curre...
Read more about it

The French and Swiss are exempt from the visa requirement for stays of less than two weeks and with only one e...
Read more about it

Sanitary conditions are rather good compared to the rest of Central Asia. Good, well-trained doctors can be fo...
Read more about it

Astana or Almaty can be reached directly by plane, but be aware that from Western Europe there are trains to Moscow....
Read more about it

Tour operators are still relatively rare to offer tours developed in Kazakhstan. Nevertheless, many of them have many...
Read more about it

If you can afford it, flying is a good option to hurry up because of the long distances to travel and the poor road o...
Read more about it

Wine Explorers: the only travel blog on all the wines of the world

Jean-Baptiste Ancelot's blog is the realization of an unprecedented project: a tour of the world of wine. On Wine Explorers, you can discover a multitude of wines from around the world. And for good reason! He travelled to 88 countries and visited 530 estates, which corresponds to 400,000 km travelled. During this interview, he told us about his incredible adventure.How did you get the idea to create such a blog? Jean-Baptiste Ancelot: "It ...