The Deux-Caps, exceptional landscapes of the Opal Coast

The Grand Site de France des Deux-Caps, Blanc-Nez, Gris-Nez is an emblematic site of the Pas-de-Calais department. Located in the north of France, between Boulogne-sur-Mer and Calais, it extends over eight communes and forms the coastal fringe of the Caps et Marais d'Opale Regional Nature Park. Its location at the gateway to the Strait of the Pas de Calais offers an exceptional view of England. Its 23 km of coastline and sublime, unspoilt landscapes, with 7,000 ha of classified and listed sites, its coastal villages and contrasting colour palettes attract more than 2 million visitors from all over Europe every year.

A landscape... or rather landscapes!

The Gris-Nez and Blanc-Nez capes are 12 km apart, but in reality they are more than 80 million years apart. The Gris-Nez was born 170 million years ago in the Jurassic. The Blanc-Nez was formed in the Cretaceous 90 million years ago. It is from these geological phenomena that the different landscapes that characterise the Deux-Caps site are shaped: the clay cliffs of the Gris-Nez, the chalk cliffs of the Blanc-Nez, the sand of the Slack dunes or the Bay of Wissant, the sandstone of the Cran aux Œufs, the marls and limestone that carve out these 23 km of coastline.

The contrast is also reflected in the colour palette of the Grand Site. Over the seasons, from Sangatte to Wimereux, from Escalles at the foot of the Blanc-Nez to Audinghen at the Gris-Nez, the changing light with its liquid transparencies, the frank colours, the monochromes, reinvent the landscapes through vigorous contrasts and unexpected contrasts.

These contrasts are also illustrated by a varied architecture, whose richness reflects the diversity of the environments and people living on the site. Here, everything opposes the seaside villas of Wimereux,Ambleteuse or Wissant to the fishermen's houses gathered in small communities like in Audresselles. Some of them, whether slender or monumental, built at the beginning of the 20th century, are on first-name terms with the sky to dominate the horizon and contemplate the sea. Bow-windows, turrets, carpentry ... everything is allowed to show their importance. The others, low and elongated, seem to fit the ground. Their roofs go down very low to resist the wind. Their only coquetry: brightly coloured doors and shutters, which stand out cheerfully on the whitewashed walls. In sandstone around the Gris-Nez, in flint decorated with chalk rubble around the Blanc-Nez, the farmhouses reveal their situation to those who know how to recognize these two very hard stones, one from sand, the other from chalk.

Here, the coast remained wild! If the emblematic Blanc-Nez and Gris-Nez capes impress by their steep chalk, clay and sandstone cliffs, exploring the site also means discovering the dune. It means going to the Slack Dunes, on the Baie Saint-Jean trail. It is also from Tardinghen or Wissant that the dunes of Wissant Bay are revealed. North of Wimereux, from Pointe aux Oies to the estuary of the coastal river, the Slack marks the entrance to the village of Ambleteuse. From the embryonic dune by the sea, to reach the wooded dune on the other side of the 940 departmental road, the walker crosses the white dune covered with oyats, the grey dune with its carpet of mosses and lichens and the scrub dune where sea buckthorn, elder privet and rosehips intermingle. But the aridity of the dunes is just an appearance. To be convinced of this, you only have to listen to the singing of the batrachians that have come to breed in the spring: the tree frog, the toad, the calamite or common toad, the red frog, but also four kinds of newts have taken up residence here.

In the dunes of Tardinghen and Wissant rises the Motte du Bourg at 38 m altitude. Its belvedere offers an immense view of the sea, of the lighthouse quarry at the bottom of which a vast stretch of water where water birds land. Observations on the Motte du Bourg and in the lighthouse quarry allow to observe numerous passerines, but also more imposing birds such as the water rail or the star bittern.

But the epinal image of the site is the cliffs. At Le Blanc-Nez, life manages to cling to this hostile, unstable, vertical environment, beaten by the wind and sea spray. It has become a major nesting site, on a European scale, for black-legged kittiwakes, herring gulls and northern fulmars. The Gris-Nez is the crossroads for migratory birds. Close to this promontory, passerines and ducks follow the coastline. The marine migrants remain offshore, but remain visible where the Strait of the Pas de Calais is the narrowest. Diving ducks can be seen before spring, then from mid-April onwards swallows, swifts, goldfinches, but also waders, oystercatchers or sandpipers. After the passage of the terns in August, the beginning of autumn remains a great time to observe gannets, but also spoonbills, gravelbacks and various species of falcons. In November, crested grebes and eider ducks close the march.

Pointe aux Oies, north of Wimereux, has a cliff of hard rock, limestone and sandstone, which enables it to resist erosion. In the spring, it is covered with beds of Olympus grass, whose colours, ranging from pure white to deep pink, give the Deux-Caps site one of its emblematic images. Further north, the Pointe de la Crèche, overlooking Boulogne-sur-Mer and Wimereux, offers an open book on the geology of the Grand Site and its different strata: sand, sandstone, clay, Portlandian and Kimmeridgian limestone.

Finally, the foreshore, a word of Dutch origin meaning shoreline, is the end of the world, both for those on land and those at sea. The fauna and flora that inhabit it are different depending on whether the coast is rocky or sandy. On the rocky coasts, at Cap Gris-Nez, Audresselles and the Pointe de la Crèche, following the rhythm of the tides, you can observe lichens such as pelvetia or rockweeds, gastropods such as the periwinkle, or even mussels, limpets, green crabs or Dungeness crabs hidden under the rocks. On sandy coasts, most organisms live buried in the sand. This is the only way to resist the coming and going of the sea. Behind the twists and turns of sand visible on the Gris-Nez beach is the arena. Here, the telline, the donax, the knife, but also fish from sandy bottoms such as sole or flounder, have taken up residence.

Because the animals are also at the service of the reasoned management of the site. Highland oxen, Dartmoor or Shetland ponies have become familiar animals of the Deux-Caps. But for the past few years, it is the sheep breeders from Boulonnais who have been called upon to help bring about the return to pastoralism on the limestone hillsides where two other sheep breeds are also present: the Texel, originally from the Netherlands, and the Rouge de l'Ouest, coming from the Maine-Anjou region. To conclude this rich chapter devoted to the fauna and flora of the Site des Deux-Caps, how can we not mention seals? Today, there are nearly 700 of them, sea calves or grey seals, counted from the Belgian border to the Bay of the Somme

Walking, cycling or horse riding, snow and wind sports, golf... The Deux-Caps site is very much alive! It offers exceptional scenery dotted with hiking trails, superb beaches and encourages many 100% natural activities. For those who love walking, there are numerous marked trails along the coast. These long windy beaches are also an ideal spot for water sports, kitesurfing, surfing or sand yachting. In the summer, we also see the development of stand up paddle, a technique of walking on the sea standing on a board. The youngest ones can learn how to fly a kite. The longe-côte is also one of the activities that meet with great success. Finally, 8,000 trailers from all over France and northern Europe also traditionally meet on the second weekend in September at the Trail national Côte d'Opale in Pas-de-Calais. One more opportunity to discover an unmissable site of French heritage!

When? All year round. If the sunny days are more pleasant, the vagaries of the weather offer breathtaking landscapes.

Get there. By car, bus or train (stop in Calais, Calais-Fréthun or Boulogne-sur-Mer), everything is possible. 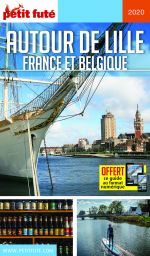 The Hauts-de-France, an exceptional coastline and a land of art ...

The Hauts-de-France are plural. Discover some of the highlights of this mosaic during a stay on land and sea between the ...

Holiday rentals on the ...

Full summer obliges, the refreshing beaches of the north of France are very popular at the moment! And what about Le ...

From the Opal Coast, on a clear day, you can see the English coasts with the naked eye! It must be said that only about ...