Many sites listed by Unesco, a Grand Site de France, a museum with international influence, a theatre honoured by the Queen of England..., the Pas-de-Calais attracts recognition and tourists. Let's start the visit with a superb place, labelled Grand Site de France! The Deux-Caps site owes its name to the high cliffs of Caps Gris-Nez and Blanc-Nez. They are famous for their spectacular views over the Channel and even as far as the English coast on a clear day. The mix of colours is striking, with the blue of a sea much more beautiful than in the common imagination, the green of the meadows, the white or grey of the cliffs and the yellow of the beaches varying with the tides.

Beaches where you can find space and freedom

This place sums up the superb seafront, about a hundred kilometres long. The Opal Coast will surprise you with its variety and changing lights. It is renowned for its very long sandy beaches, where you can find the space you need to relax and unwind, go sand yachting or admire the colourful Berck kite festival (in April). You will also discover large dunes, which children like to climb and especially to slide down, while the older ones prefer to enjoy the panorama.

The coast is also enriched by the amazing Bay of the Canche and Bay of Authie. Less well known than the neighbouring Bay of the Somme, they offer the same characteristics: striking variations in the environment according to the tides and preserved natural areas with exceptional fauna and flora. Hiking on these sites to discover species of wild orchids or seals is an experience not to be missed. In addition to these natural areas, the coast is also appreciated for its charming seaside resorts. The most famous, the most animated and the most emblematic is Le Touquet. If you appreciate beautiful residences, you will also like the character of Wimereux, in a more authentic atmosphere.

Hardelot, a witness to history

Still near the coast, the site of Hardelot is adored by the royal family of England, but it is also our favourite! You wouldn't expect to see a superb British-style manor house in this somewhat isolated place. And for good reason: it is dedicated to the Entente Cordiale with our neighbours across the Channel. This instructive visit immerses you nicely in the atmosphere of our island neighbours. Just next door, you will be equally surprised by the Elizabethan theatre. Its wooden exterior architecture is very modern, the design is based on very contemporary ecological principles, but inside you are transported into a characteristic British theatre with a round shape and unique acoustics. This exceptional venue has received such recognition that it has been approved by Queen Elizabeth II herself

The belfries of the Hauts-de-France classified by Unesco

Let's move on to the "Unesco" category. Since 2005, 56 belfries in Hauts-de-France and Belgium have been classified as world heritage sites. Among them, six are in the Pas-de-Calais. They forge a real identity and surprise by their variety. Those of Béthune and Boulogne-sur-Mer have a beautiful medieval imprint, the neo-Flemish style of Calais dominates the famous sculpture of the Bourgeois by Rodin, those of Hesdin and Aire-sur-la-Lys offer melodious chimes, but the most beautiful is undoubtedly that of Arras. Its 75-metre tower in flamboyant gothic style dominates a town hall covered with a magnificent 50-metre marouflaged canvas depicting the life of the people of Arras. The climb to the top of the belfry offers a splendid view, particularly of the impressive Grand-Place surrounded by 155 Flemish baroque houses.

The inclusion of the mining basin on the Unesco World Heritage list is a source of pride for the inhabitants. The identity and memory of this area have been well developed, particularly in the Lewarde Historic Mining Centre. The dive into this underground world is strikingly realistic. For another approach, some of the 340 slag heaps are variously arranged. For example, the slag heaps at the Loos-en-Gohelle base have become recommended sites for walks, while the more sporty can take on the famous Trail des Pyramides noires! You can also try skiing on the slopes of a slag heap in Nœux-les-Mines!

Stroll in the marshes of the Audomarois

Unesco (again!) has also recognised the Audomarois marshes as a biosphere. The vast network of canals can be explored in bacôves (flat-bottomed boats) with expert commentary, or you can ride your bike along the banks. The dawn provides magnificent atmospheres, with the mist dancing over these immense open-air gardens. Another axis that could be developed by the international organization: remembrance tourism. Fourteen sites in the department are proposing a joint application with the whole region and Belgium. We particularly recommend the moving national necropolis of Notre-Dame-de-Lorette, which houses a poignant ellipse engraved with 580,000 names of missing soldiers.

The simple and brilliant concept of the Louvre-Lens museum

In our personal top ten, the "cultural sites award" goes without question to the magnificent Louvre-Lens. Bright, spacious and uncluttered, the Galerie du Temps takes us on a chronological journey through the world of art. The evolution is illustrated by various artistic movements or civilizations typical of each era. This approach and concept give the visit a pleasant rhythmic aspect that will not displease a less informed public. The "public prize" was awarded to the Nausicaa aquarium in Boulogne-sur-Mer. Nearly half a million visitors go there every year. Far from being limited to fish (there are 36,000 marine animals and 1,000 species), this space is very instructive on the different aquatic environments and activities related to the sea. Our "unusual visit prize" will make you stay in the charming upper town of Boulogne-sur-Mer, surrounded by ramparts. There you will find an impressive basilica which houses the largest crypt in France in its underground passages, a memorable visit!

Finally, our "jury's special prize" is awarded to the elegant swimming pool in Bruay-la-Buissière, the last Art Deco style pool still open for swimming in our country! The Pas-de-Calais is therefore seeing a flowering of recognition. It also deserves the best reward you can give it: your visit!

When is it open? You can go there all year round, although the arrival of fine weather is obviously more pleasant 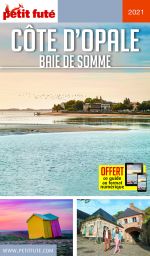 The road trip is a way of travelling which allows you to discover the different places of a region, a country, or even ...

The Hauts-de-France are plural. Discover some of the highlights of this mosaic during a stay on land and sea between the ...

The Deux-Caps, exceptional landscapes of the Opal Coast

Holiday rentals on the French coast, it's more fun with Evancy!