While waiting for its reopening, here is its history.

In the bowels of the inner Basque country, in the small Souletin village of Sainte-Engrâce, the Kakuetta gorges are a real treasure given by nature; one of the most prestigious sites in Europe. Explored for the first time in 1906 by Edouard-Alfred Martel, a specialist in scientific expeditions, they are now protected. In the past, farmers would take the wheat down from the high cliffs to the water mill at the entrance to the gorge, and then take the heavy sacks of flour up the same way.

During the Second World War, this mountainous passage between France and Spain became synonymous with freedom for many people wishing to flee the occupied zone. The Basque shepherds, who knew the rocky escarpments perfectly well, turned into smugglers, braving the German patrols at the risk of their lives. A wild and spectacular place: "we are here in the Amazon of temperate latitudes, yet in the heart of the Basque mountains", we hear professionals say. A luxuriant nature, of a fierce beauty which keeps the secret of these gorges that only trained and equipped sportsmen could try to climb. A length of 2,000 m, a depth between 30 and 350 m and a particularly narrow passage called "Grand Etroit". The village of Sainte-Engrâce is also famous for its Romanesque church from the XIth century, the Grotte de La Verna for an underground exploration, its numerous hiking trails.

For 2021, the date of reopening is still unknown because the Commune is undertaking development work at the level of the reception, paths, car parks, etc... More information on the site: http://www.sainte-engrace.com/. 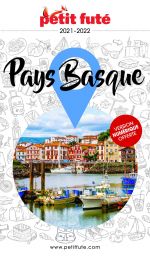