Impressive dimensions, majestic enchantment and record-breaking crowds, this is what links Amiens Cathedral, which is celebrating its 800th anniversary, and the brand new Dragon de Calais. Two spearheads to discover or rediscover in the Hauts-de-France this year!

Popularity worthy of the beast!

The 15-metre high and 25-metre long monster came out of the dark bowels of the earth last November. The beast, almost tamed, welcomes several times a day since last December 17, about fifty visitors on its back. During a one-hour tour, the dragon offers a moment as impressive as it is magical. The formula is so appealing that the booking slots were all taken by storm in the first weeks of opening, despite the winter climate. You should therefore plan to book your tickets before your stay in Calais. If you're not lucky enough to be able to climb on the back of the beast, you should know that the show from the ground is also well worth the trip!

This huge attraction was created by the Compagnie du Dragon, in a process inherited from the Compagnie La Machine, famous for the Elephant and the Machines of the island of Nantes or the Minotaur of Toulouse

Like the good dragon that he is, he breathes fire and brings out smoke. And since this creature lived under the sea, it also throws water! Its mobility allows it to get up, lie down, and flap its wings with an ease that one would not suspect at first glance for a 72-ton colossus! A true technical feat.

To recover from your emotions, there's nothing like a gourmet break in the adjoining brasserie. A shop also offers souvenirs and posters as well as books inviting you to prolong your adventure.

The dragon, eldest in lineage?In the next ten years, you shouldn't be surprised if you come across iguanas or lizards at the bend of a street in Calais: because in the end, ten machines will hatch. Beautiful encounters in perspective!

The attraction of the colossus for this region may also come from the immensity of the immense beaches of the Opal Coast, where for miles you can laze, swim, learn how to use a sand yacht or kitesurf, walk along the coast (feet in the water) or hike on the GR 120 trail to appreciate the coast with a little distance. If he is a lover of large dimensions, the monster did not miss the magnificent cliffs of the Cap Blanc-Nez and Cap Gris-Nez. Another hypothesis: the dragon has an artistic fibre (the Museum of Fine Arts is famous, and the sculpture of Rodin les Bourgeois de Calais still fascinates). Or perhaps he placed an order with the Cité internationale de la dentelle et de la mode for a tailor-made outfit?

Then it's off to Amiens Cathedral, a jewel of Gothic art that celebrates its 800th anniversary with dignity. She doesn't look her age at all, all the more so as she has undergone a new rejuvenation through the Chroma show. Launched this winter and returning at nightfall from 15 June to 16 September 2020, it consists of a formidable sound and light performance on the façade of the cathedral

The 800th anniversary festivities will also include highlights such as a major theatrical show (from 8 to 10 May), a concert with 600 choristers and 200 musicians (on 20 June), a participatory architectural work (in June) and an exceptional performance of Fauré's Requiem under the vaults (on 19 September). This monument deserves to be celebrated, as it is so exceptional. Recognized as part of UNESCO's heritage, France's largest cathedral is twice the size of its Parisian cousin. Despite its dimensions, this jewel of Gothic art reconciles lightness, purity and "supreme elegance", as the sculptor Rodin himself emphasized

In the footsteps of Jules Verne

Amiens is fortunate to have another monument classified by UNESCO: its belfry. If it is worthy of interest, let's admit that after the cathedral, the most famous monument is Jules Verne! The author of Around the World in 80 Days lived 18 years in Amiens, where he was elected city councillor and where he was buried in the beautiful cemetery of the Madeleine. His grave may be worth a visit: we see Jules Verne lifting his tomb to free himself from it. The writer's fantastic universe is especially found in his beautiful "Tower House", which is open to visitors. Each room plunges us into the singular atmosphere of Jules Verne through atmospheres, thousands of objects, cards... Another strong sign of the passage of the writer in Amiens: the famous Jules Verne circus that he defended with fervour

Jules Verne was also a contemporary of the inauguration of the Musée de Picardie in 1867, designed on the model of Napoleon III's Louvre. Classified as a historical monument in 2012, the establishment has benefited from an ambitious extension and renovation project over the past three years. The reopening on 1 March will enable visitors to rediscover rich collections retracing the history of the Western world, from Prehistory to contemporary art, including Egyptian and Greek antiquity, the Middle Ages and the Renaissance. The new configuration and the chosen museography will contribute to better showcase the settings and the 3,000 works

After having filled up with culture, escape for a while in the trendy and student district of Saint-Leu. The colours of the little houses give a particular charm to this popular district, which has gone from a very bad reputation to a place of strolling and partying that you can't miss. Enjoy the nightlife or a meal on the Quai Bélu. At the water's edge, in a pedestrianised area, the well exposed terraces will welcome you with a view of the impressive cathedral

Push a little further to discover an amazing market garden in the heart of the city. The hortillonnages are best visited with a guide in a boat, on part of the 65 km of canals that criss-cross these ancient marshes. The mosaic of gardens is refreshing, with small vegetable gardens, beautiful flowery decorations or more simply places of relaxation which arouse our envy. This privileged space is even more attractive from June to October, where landscape gardeners, architects, visual artists and designers abound in creativity during the Horticultural Festival.

If you plan to spend some time during your stay, you can visit the hortillonnages by kayak or go along the Somme by bike, the towpath is superb. If you are into "sport fun", go to the water ski lift of Dreuil-lès-Amiens a few kilometres away. Towed at 30 km/h, you'll have fun water skiing, wakeboarding or kneeboarding! We also advise you to go and try the only natural rafting spot in the North of France, in Picquigny. On site, you can also try to find your balance on a stand up paddle, a very fashionable sport. Want some more? Come on, let's go for a parachute jump from the Glisy airfield

Finally, it is good to know that this destination is very family-friendly. The zoo is at the gates of the city centre, the Saint-Pierre park with its games is within walking distance of the cathedral and the famous traditional puppets "ch'cabotans" are located in the unmissable Saint-Leu district. A quarter of an hour's drive away, a site will also appeal to children: the large natural park of the Prehistory of Samara

When? The dragon works every day and rotates every hour from 2pm to 6pm until March. Starting in April, it will also walk in the mornings from 10am to 7pm in July-August. The Chroma show will be back in service from 15 June to 16 September 2020 at nightfall to illuminate Amiens Cathedral. The Picardy Museum opened to the public on March 1st at 48 rue de la République in Amiens.

Go there. By car, train or plane (via Lille), everything is possible.

Useful. To best prepare for his escapade.

CATHEDRAL OF FRIENDS - More information on the site 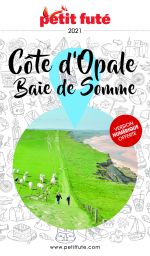 Located in the Haute-Loire, the abbey of La Chaise-Dieu is an ancient Benedictine abbey, head of the Casadean order. The ... Read the article

If you like hiking or biking in the heart of France's landscapes, the new Decathlon Outdoor application is the right ... Read the article

Costa Brava and Girona Pyrenees: a territory where everything is possible to live in double

Mountain or sea ? Big cities or remote villages? Sporting activities or cultural moments with gastronomic moments? These ... Read the article