Travelling by train is not only an opportunity to cross a variety of landscapes, it is also an opportunity to pass through train stations and take time to admire their architecture! And in many European cities, they are among the most beautiful buildings in the city. Some of them have an ancient architecture while others have a more contemporary look. It is important to take a look at their exterior architecture, but also to take a good look at the elements located inside, because you often have the pleasure of contemplating real treasures. For those of you who can't wait to travel around Europe, here are 10 of the most beautiful train stations on the continent.

In Belgium, the Liège-Guillemins station appears like a steel cathedral. It is the work of the Castilian architect Santiago Calatrava. Inaugurated in 2009, it is mainly made of steel, but also of glass and white concrete. The result is modern, elegant and the light comes in during the day from the many skylights and windows. The station is organized on three levels, and it is interesting to know that under the structure, two underground storm water basins collect the water from the roof, which covers 33,000 m².

One of the most beautiful train stations in Europe is St. Pancras, located in the heart of the English capital. It is one of the most beautiful examples of Victorian architecture in the country, and its red-brick Gothic façade is simply flamboyant. Built over a period of 20 years in the 19th century, it is one of the many London landmarks that you want to see in great detail. Equipped with huge halls, there are restaurants, bars and shops for shopping. To see it when you come from France, nothing could be easier as the Eurostar from Paris arrives at St Pancras

The most important railway station in the Spanish capital, it was inaugurated in 1851. Very pleasant to look at from the outside with its ochre colour and its wrought iron elements, its originality lies mainly in the presence inside of a tropical garden where a large number of plant and animal species live. It has a total of 7,000 plants, as well as pools for fish and turtles. Outside there is also a memorial, inaugurated in 2007, a place to pay homage to the victims of the terrible attack of 11 March 2004

For those who wish to stroll through the different districts of the Dutch capital, to conquer its architecture and its canals, theAmsterdam-Centraal station is one of the most beautiful buildings in the city. Its façade is a mixture of Gothic and Renaissance architecture, and its dimensions are colossal, reaching 300 m in length. Built at the end of the 19th century by the same architect who designed the Rijksmuseum, it is interesting to note that the structure rests on 8,000 stilts to keep its feet out of the water. An architectural feat for a flamboyant building.

The Metz train station is undoubtedly one of the most beautiful in France. It was built between 1905 and 1908 by the Berlin architect Jürgen Kröger. Its facade is splendid, in the Rhenish neo-Romanesque style, and one can see a multitude of details carved into the stone, arcades with interlacing, the presence of a clock tower as well as old stained glass windows. Once you have seen the exterior, you should not fail to enter the interior and look up. Its hall is beautiful, and there too, it's all in the details

Built in the early 9th century on the ruins of the former convent of St. Benedict of Ave Maria, this Portuguese train station is one of the must-sees during a stay in Porto. If the exterior façade of the building is already majestic, the best awaits visitors inside. The monument reveals splendid azulejos, more than 20,000 tiles of the famous Portuguese earthenware. These tiles refer to historical scenes as well as folkloric scenes of northern Portugal. The place is suitable for many souvenir photos.

If the famous city of northern Italy shines with its architecture, the Milan-Centrale train station is also part of it! Inaugurated in 1931 to replace the old central station in Piazza Della Repubblica, it was Mussolini who decided to turn it into a majestic monument, a symbol of his country's power and regime. The result is a mixture of styles, including Art Nouveau and Art Deco. Inside, huge steel and glass arches cover no less than 24 platforms. Thousands of travellers pass through every day.

In a much more modern style, the Berlin Hauptbahnhof impresses with its two glass towers with panoramic elevators, but also with its 15,000 m² of commercial space. Inaugurated in 2006 in the German capital after more than 10 years of work, this place is a real nerve centre in the city, with 300,000 travellers passing through daily. A veritable cathedral of glass and steel, the large, refined openings in the ceilings of the various floors let in a maximum of natural light during the day, right down to the lower tracks.

Built between 1909 and 1914 by the architect Eliel Saarinen while the country was going through a period of great tension with Russia, the Helsinki Central Station is a pure jewel of Finnish Art Nouveau. The square in front of the monument offers beautiful views to photograph it. It was built in Finnish granite and is distinguished by the presence of double statues by Emil Wikström. These lantern bearers are placed on either side of the main entrance. Two other elements catch the eye: the 48 m high clock tower with its grey-green roof, and inside on the second floor, the Pullman fresco signed by the great Finnish artist Eero Järnefelt

Back to Belgium to finish this tour of the most beautiful train stations in Europe. The Antwerp-Central station can be visited like a museum dedicated to Art Nouveau. From the outside, the building is reminiscent of a cathedral, and inside, you will be amazed by the dome, which is 75 m above the ground and has been renovated to its original state, by the central clock, and by the presence of twenty different types of marble that have been used in the decoration. There are several styles of columns: Doric, Ionic, Tuscan and Corinthian. The monument was ranked fourth most beautiful station in the world in 2009 by the American magazine Newsweek. 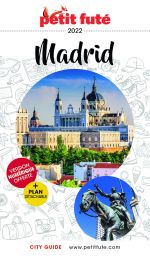 Shopping is one of those activities that we love to enjoy during a weekend with friends or a family vacation. A plane ...

While Madrid's capital city attracts fashionistas from all over the world, the most discerning visitors will leave the ...

Airports welcome millions of visitors and can be found all over the world. Yet we don't always pay attention to their ...