The Gorges du Verdon. This immense canyon, located in the Var and Alpes-de-Haute-Provence departments, is the result of the erosion of the Verdon river and presents gigantic limestone cliffs. In the middle of protected natural areas rich in fauna and flora, the panoramas offered are breathtaking. The Provencal villages nestled on the edge of the faults are real perched sentinels. Zoom in on one of the most beautiful sites in France.

The Verdon, a sublime natural park

The Verdon Regional Nature Park, created in 1997, encompasses 46 communes covering almost 188,000 hectares. With some 1,000 km of hiking trails, it offers rich and varied landscapes in a mixture of agriculture and pastoralism. In the south of the Alpes-de-Haute-Provence in a tormented relief, a landscape opens up like a picture book and tells 250 million years of geological history... The Verdon Regional Natural Park extends from the Var highlands to the Valensole plateau and from the Artuby region to the Montdenier and Canjuers pre-Alps. The Verdon River, the backbone of the territory, has shaped its identity. The deep bowels of the Grand Canyon rub shoulders with the fullness of the lakes and the vast lavender plateaus. Five artificial reservoirs, the lakes of Castillon, Chaudane, Sainte-Croix, Quinson and Esparron de Verdon, contribute to the beauty of this land of contrasts. For the Verdon offers several faces, alternately invigorating with strong sensations when it winds its way along impressive gorges with bubbling white water, or calm and serene when its course joins one of its lakes, whose still and then calmer waters lend themselves wonderfully to water sports and swimming.

The other great asset of this spot is to be able to enjoy the sublime small Provencal villages clinging to the hillsides. At the gateway to the Gorges du Verdon, Moustiers-Sainte-Marie is one of the most beautiful villages in France. Confined between two rocky escarpments, a star overhangs this village. According to Frédéric Mistral, it was hung by a crusader knight carried off by the Saracens who had promised to hang a star in homage to Marie if he managed to return to the village. After many falls and adventures, the star now measures 1.25 m and hangs from a 135 m chain weighing 150 kg. Impressive! Don't miss the parish church and its 12th century Lombard bell tower or the Notre-Dame-de-Beauvoir chapel and the ramparts. This city of earthenware has nearly 20 workshops and a museum dedicated to this art. Not to be missed!

Castellane is known for its rock. Indeed, during the Saracen invasions which shook Provence in the 9th and 10th centuries, the inhabitants of the city located then in the valley took refuge on the rock which overhangs it at 903 m of altitude. When the stronghold was completed, it was given the name Petra Castellana (from the Latin "castellana": castrum, castle and "petra": built on stone). This is how this charming village was born

The village of Valensole is a large town built in an amphitheatre in the 8th century BC. Its territory extends over 12,700 hectares, making it one of the largest communes in France. Fountains and wash houses reflect in their waters the imposing building of Saint-Blaise, the village church, which attests to the past power of Cluny.

Dominated by the mount Saint-Maxime, from where the view is superb, Riez has held a very important place in the region for centuries. It is one of the oldest Provencal cities to have preserved so many vestiges of the beginning of our era. The old town opens onto picturesque old streets lined with splendid residences. The Grand-Rue is also impregnated with an authentic medieval atmosphere with a commercial vocation, today perpetuated by numerous art craftsmen, earthenware makers and potters. The 14th century left the remains of a beautiful military architecture, of which there are still sections of wall, the clock tower, the Sanson and Ayguière gates. A must-see in your discovery of the charming villages that surround the gorges

In the Var, don't forget to visit the very high perched village of Aiguines. A small village perched at an altitude of more than 800 meters, it overlooks the lake of Sainte-Croix. At the top of the village, next to the Saint-Pierre chapel, an orientation table allows you to admire the superb panorama of the Sainte-Croix lake, the Valensole plateau, as far as the Mont Ventoux and the Lure mountain. The parish church of Saint-Jean, with its beautiful bell tower with bays, dates from the 13th century. The castle and its four high turrets with pepperpot roofs, covered with polychrome glazed tiles, was restored in 1606 by Balthazar de Gauthier, before being transformed and its gardens laid out, around 1720, then 1750. Bought and renovated in 1989, it became a private residence. The area around the village has many climbing routes of all levels, is full of sites suitable for paragliding and hang-gliding and offers all the pleasures of water sports on the lake of Sainte-Croix and part of the Gorges du Verdon.

Finally, the village of Bauduen is another charming stopover. Built in an arc, leaning against the cliff, placed on the Roman road from Fréjus to Riez, the village has crossed the centuries leaving many traces of its past: ruins of the fortified castle which did not resist the Wars of Religion, narrow streets, Renaissance doors and vestiges of ramparts, mullioned windows, old defence tower of the 16th century. After the creation of the lake of Sainte-Croix in 1973, this village with agricultural vocation knew, while keeping its activities (goat and sheep breeding...), to turn to tourism. The port and the nautical centre have become essential meeting points for lovers of aquatic activities. The walkers appreciate the numerous possible hikes starting from the village and the mountain bikers can enjoy several circuits, adapted to all levels. What to enjoy the surrounding nature!

When to go? As soon as the weather is fine to enjoy the natural wonders of the area.

How to get there. By car, train or plane (via Marseille or Nice). 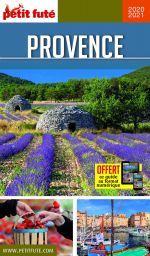 Guingamp and the Côtes-d'Armor, a charming and invigorating Breton stroll

Guingamp, often translated as White Camp. Now, gwyn, white, was the name given in the Druidic cosmogony to the higher ...