Sunshine in winter? Direction the volcanic archipelago of the Canary Islands

The Canary Islands... Be careful, reposition this destination on a map: this string of 7 European islands emerges proudly off the African coast, not far from Cape Verde! From north to south and east to west: Lanzarote, Fuerteventura, Gran Canaria, Tenerife, La Palma, La Gomera and El Hierro. Their particularities? These Canary Islands are lands strewn with paradoxes, and they are all different!

Sunshine all year round

What happiness this eternal spring that envelops the archipelago! What could be better than to enjoy a sweet life all year round! Thanks to the trade winds, the climate remains temperate, varying between 17°C in January and 30°C in August: the sun is always present, but never stifling. Each island benefits from a microclimate orchestrated by the winds: the coasts are constantly sunny from 600 m: the landscape settles in the clouds, above this velvety layer, the sun dries out the heights and, above 2,000 m, the mountain tops are often covered in colds. If you encounter clouds, be aware that soon afterwards the sky can turn deep blue and a blazing sun, and vice versa! This climatic muse astonished the poet Saint-Amant: "And during all the months one can see in these places spring and summer merging into autumn".

From Tenerife to Fuerteventura via Lanzarote, a change of scenery at every turn

On the one hand, concrete and large tourist complexes competing with incredible and unusual architecture, crowded by mass tourism. You have to love these ageing or modern complexes, as you can see for example on some overexploited coasts of Gran Canaria or Tenerife. But behind it all are unspoilt sites and islands. Go on an adventure in these wild, desert, forest, sandy, traditional or more modern lands, also lulled by eco-tourism. Each island is a new journey, a new discovery! The change of scenery is at every turn: at the top of the Teide in Tenerife, in the pine forest of La Gomera, in the untamed waves of the Atlantic Ocean in the eroded "rocks" of El Hierro or in the quietness of the seawater pools and coves, in the caldera of Taburiente in La Palma, on the sea of dunes of Gran Canaria, on the blond beaches and dunes of Fuerteventura or in the lava fields and extraordinary volcanoes of Lanzarote.

Fuerteventura and Lanzarote, from the sea of the dunes of Gran Canariaspectacular volcanic lands

The volcanic landscapes of the Canary Islands are of surprising and spectacular beauty: especially with the changing colours of the lava fields of Lanzarote and the volcanoes omnipresent in the landscape as in Fuerteventura or Gran Canaria. Lunar landscapes due to the presence of numerous dusty and eroded craters, steep peaks, erected dykes and petrified lava flows. Each island has its own particular beauty! Indeed, the seismic activity of each one has not sculpted the same types of landscapes, but they all have in common this very marked relief of volcanoes! On the one hand, Tenerife and La Palma are very high, and their respective central canada is due to a massive land collapse forming an enormous crater. El Hierro, Lanzarote and the south of La Palma are the most interesting to admire the fields of lava, a black basalt stone also petrified in innumerable small stones. You will also discover cuevas, those lava tunnels that have remained dug in the heart of a volcano. A visit to one of these volcanic tubes is a must! Volcanic rock is also part of many constructions of houses, apartments, low walls, and protections of vineyards as in La Gerria de Lanzarote (the wine route). Lanzarote is very popular all year round for visiting its volcanoes (more than 300!) and especially in the Timanfaya nature park: endless queues of cars and buses often await you...

Proud of their natural wealth and history, the Canarians have preciously preserved their ecological and cultural heritage on many islands! Especially on Lanzarote where advertising and building standards were put in place thanks to César Manrique, who continues to live on today through his foundation! If entire coasts are devastated by tourist urbanization, the spectacular sites are preciously protected as National Parks! The forest of the Garajonay National Park in La Gomera, the pine forest in the heart of the crater of the Caldera de Tiburiente in La Palma, the sand dunes of Corralejo in Fuerteventura or the lava field formed by the Timanfaya National Park in Lanzarote are all examples of this. The most beautiful site is the Teide Volcano National Park in Tenerife. Think of moving away from the tourist complexes and trails to discover villages, isolated wonders nestled in the depths of cliffs, forests...

Far from the seaside resorts, the Canary Islands have managed to preserve a peasant authenticity from another century, which we discover at random: in the hollow of the mountains, at the top of a steep cliff, taking a road on the right that seems impassable... Go for it, beauty is never far away! Discover small villages frozen in time, rich in cultural and folkloric traditions, gastronomy, rhythm of life and above all the romerías, those patron saint celebrations mixing Christianity and secular festivities, which make these villages so special. To find them, one must certainly sometimes deserve it and take roads of cornices and innumerable bends through the mountains and along the coast. Nestled in the heart of banana plantations or clinging to the cliff, these picturesque villages offer mazes of steep and narrow streets, lined with traditional houses with original architecture.

The capital of Gran Canaria, Las Palmas, is well worth a visit with its magnificent historic centre, both for its architecture and its museums... The Casa-Museo Colón is a museum of typical architecture with beautiful wooden balconies, palm trees and parrots. It is dedicated to Christopher Columbus who is said to have stopped here in 1492. Discover the voyages of the navigator through stories, the replica of a galleon, and paintings of the Spanish-Flemish school... The historic city centre is colourful and holds a jewel with its Santa Ana cathedral (15th century), and many other museums and buildings of great beauty! Further afield on the island, don't miss the troglodytic dwellings of Artenera as well!

Even if the 7 Canary Islands don't have as many museums as Spain, you will discover here artists who have left their mark on the peninsula and their time through their works, such as the sculptures of César Manrique (and his foundation) and Martín Chiniro on Gran Canaria and Lanzarote, the incredible paintings of Óscar Dominguez exhibited in his native house in Santa Cruz de Tenerife... And along the way, you will be amazed to see village houses with picturesque gardens full of sculptures (Lanzarote, the road to Teguise...).

Thanks to white sandy beaches and exposed to the wind, kitesurfing aficionados will find terrain and schools to enjoy this discipline! All of this against a backdrop of turquoise waters, azure skies, sand dunes and volcanic backdrops. Hikers and bikers will not be outdone! The numerous paths and cycle tracks, and even some fast arteries authorised for bicycles, allow unforgettable rides. On the relaxation side, lazing around, the numerous spas and thalassotherapy are sure to rejuvenate you!

When? In the Canary Islands, there is no low season per se, as the weather is fine all year round and temperatures vary between 20 and 30°C. Nevertheless, there is a low season for each island: Tenerife, La Palma, La Gomera and El Hierro see a drop in visitor numbers in the summer, as other sunny European destinations closer by are favoured. On the other hand, Gran Canaria, Fuerteventura and Lanzarote are full in summer due to the beautiful beaches that these islands offer. In winter, the opposite is true, as the wind blows strongly on the islands to the east, so in low season, while to the west the islands are attractive for hiking.

Getting there. Minimum price of a flight Paris-Tenerife or Paris-Gran Canaria: around 250 €, depending on the season and the type of airline.

Useful. To best prepare for his journey. 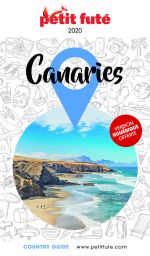 While summer is still struggling to arrive in France, some countries enjoy an optimal level of sunshine all year round. ...

To keep your fishing in the heart of winter, there's nothing like a little trip! Where to go in February? Here are a ...
Read the article

With winter fast approaching and your coats out, are you dreaming? Nothing like a little trip to recharge the batteries. ...
Read the article

If for many, Christmas rhymes with a snowman and a fireplace fire, know that in some faraway and sunny places, Santa ...
Read the article
Review